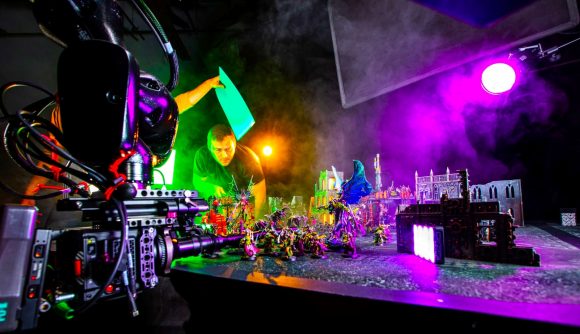 The camera swoops down and pans across army lines, as Warhammer 40k’s Death Guard and Necrons collide and do battle. The shot pulls out from within the barrel of a Plagueburst Crawler, before the scene swiftly cuts to a Necromunda alleyway, gliding at ground level through cramped streets. This fan-made film, released publicly on Friday, April 1, pulses with an energy found in the best Warhammer 40k CGI cinematics, but it’s just motionless plastic minis, cleverly shot. It’s fair to say, you’ve never seen Warhammer 40k models quite like this before.

The film’s director is one 34-year-old Dan Mendenhall, a professional DoP (director of photography) from Philadelphia, Pennsylvania, and part-owner of production company Cinecore Media. He’s been a Warhammer super fan since high school. So when he came up with his Warhammer video project, he saw it as an opportunity to combine his two favourite things. “I’ve always thought that filmmaking was a hobby, and it just so happened people wanted to pay me for what I do,” Mendenhall says. “That hasn’t happened on the Warhammer side, but it was really cool to see the two passions collide.”

It began in November 2021, when Mendenhall walked into a studio in the Philadelphia area, planning on pitching a commercial for a bank. Instead, he came face to claw with the Sisu C-20 Moco Robot, a state-of-the-art robotic arm capable of all kinds of creative shooting.

Mendenhall had always believed more could be done with Warhammer 40k miniatures, beyond the usual panning or rotating shots that are typically used to show off models: “I just didn’t have the tools to be able to do something like that,” he says. Now, with the help of robot arm operator Andres Torres from Robot Village, that was no longer the case. All thoughts of the commercial were left by the wayside – “Let’s just shoot Warhammer!” Mendenhall said.

Mendenhall’s passion for Warhammer came in handy when it came to creating the set. He could provide most of the miniatures himself or source them from friends, although terrain-building specialist @maxs_minis came in clutch too, with a 3D-printed Necromunda-themed table. Mendenhall also feels his knowledge of the hobby came across in the film: “Just looking at the models, understanding what they represent in the grand scheme of the army, I think adds some validity to the story element of shooting,” he says.

One of the key challenges for Mendenhall was the gear involved in the shoot. “It boils down to it being so new and fresh, like the robot arm is at the tip of the spear of technology for filmmaking,” he says. “I think the challenge is honestly not getting too excited about the tool and still thinking about the story.” 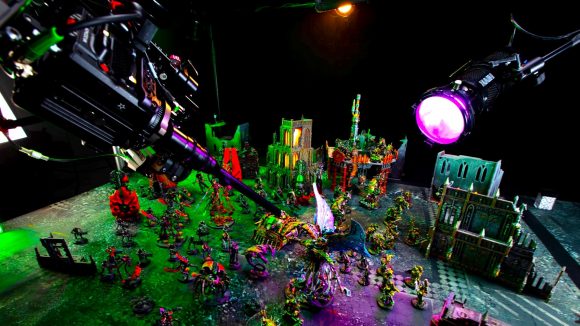 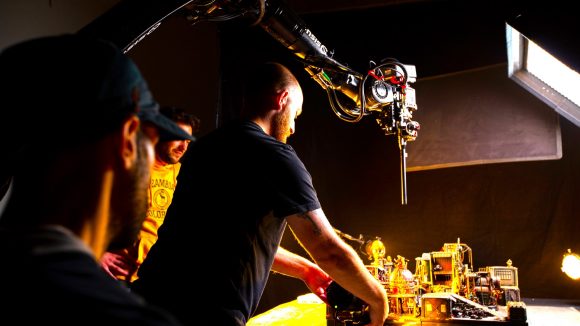 As well as the robot arm, another piece of filmmaking kit Mendenhall used on the shoot was a probe lens: “Basically this really long cylinder, small enough that we can get into those tight spots.” This probe lens enabled many of Mendenhall’s favourite shots from the piece, getting right up close and personal with the Necromunda set. “Necromunda to me is all about that close-quarters grunginess,” he says. “I didn’t want to feel like we were far away on a long lens, I want to be right there, in there.” Mendenhall’s also particularly taken with the shot zooming out from within the Plagueburst Crawler’s cannon. “We put the probe lens right in that barrel. It almost fit,” he says. “That was the only shot that wasn’t planned.”

It’s fortunate that 40k is so grimdark a setting, as the downside to the probe lens was its tiny aperture, which caused some hiccups when lighting the set. “This was definitely what we would call a dark and moody kind of shoot. Some of that was by design, some of that was – we didn’t grab enough lights,” Mendenhall jokes. “And there are so many lights around, but it doesn’t matter with such a closed-off lens.” 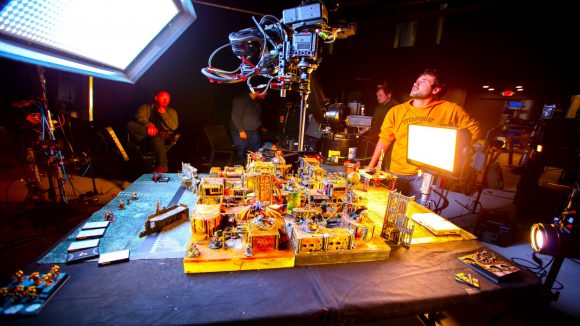 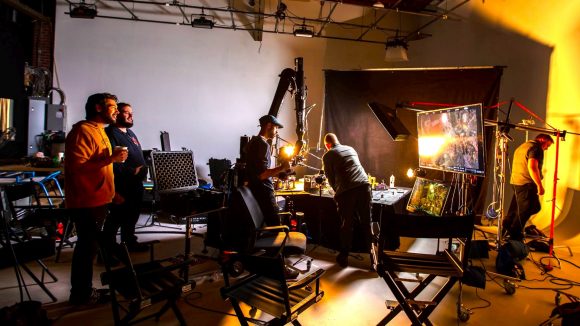 Once the shooting began, Mendenhall’s aim for the piece soon shifted. “Initially, I just wanted to do something to test the waters. But then, I think after the setup day, and the lighting day, the goals switched. I thought, let’s aim to do something better than what Games Workshop has done. And just show it off.”

In the finished project, Mendenhall sees plenty of room for improvement, but says that, for something with no budget, “a couple guys with a lot of passion, just sort of creating something, it was wonderful.” 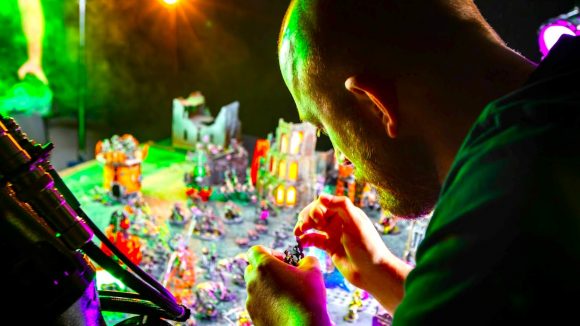 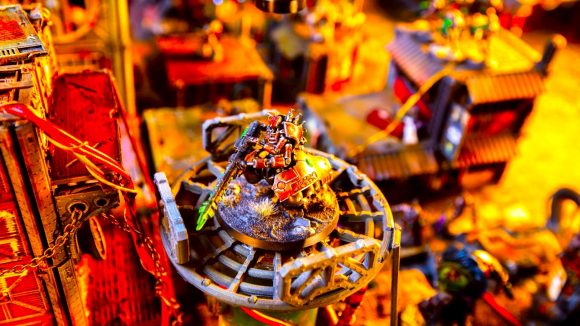 Mendenhall sees plenty of opportunity to use his style in future Warhammer work and ideally would love to create something official for Games Workshop. “I feel as though there’s a big gaping hole: If you’re going to get somebody into the hobby, what is the video that you show them to tell them what this hobby is?” he says.

“I showed my girlfriend and she makes fun of me for this hobby. I’m sure that a lot of significant others do. And she saw this and went ‘Wow, this is really cool.’ I was like, ‘Wow, okay, I think we got something here.’”