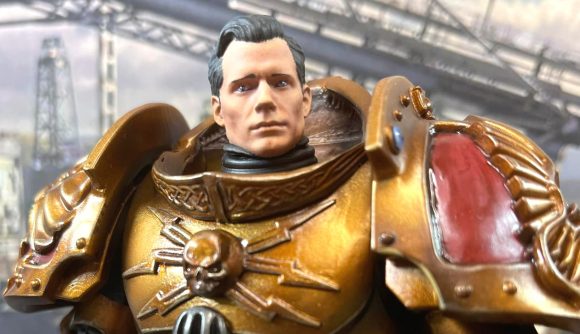 “I like my figures to have character,” Cook tells Wargamer, “and, after Mr Cavill has done so much to raise awareness of a hobby I have enjoyed for over 35 years, I could think of no better person to represent. That and the fact he’s a well documented Custodes player and painter.”

The figure is based on the McFarlane Toys Space Marine Reiver action figure, Cook explains in his Facebook post – but “with the exception of the pauldrons and weapons… everything else was hand made and sculpted, using a McFarlane Reiver as a starting point”. 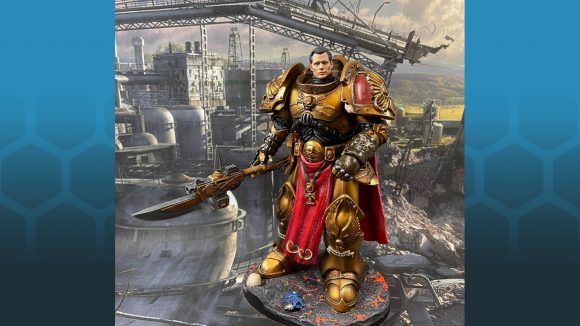 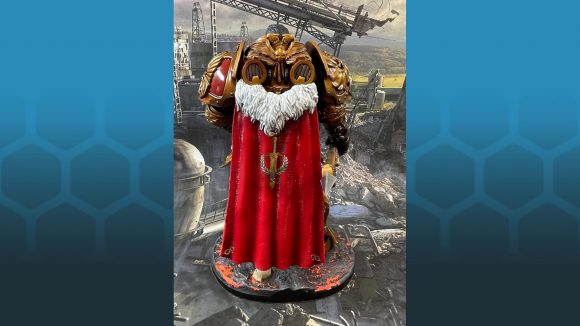 “All of the Reiver’s articulation has been preserved, with the exception of the toes,” Cook says, adding that “the words in the scrolls in the greaves are Latin for ‘Truth’ and ‘Justice'” – a reference to Cavill’s role as DC Comics hero Superman in Zack Snyder’s 2017 movie Justice League.

“The tassets [armour plates on the upper thighs], cloak, and loincloth are all magnetised so he can be posed with or without”, Cook’s post adds.

Speaking to Wargamer, Cook explains he started building custom figures – or “bigatures” – of Space Marines and other Warhammer 40k characters around ten years ago – but “loved the possibilities” when the Games Workshop-licenced range of McFarlane Toys action figures arrived in 2020.

He later joined, and became a moderator of, the McFarlane repaints Facebook page, a community of around 2500 hobbyists focused on customising the McFarlane figures. 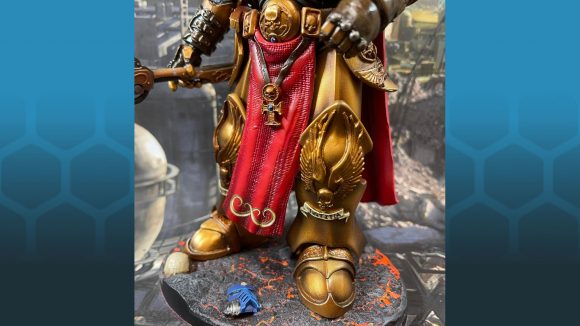 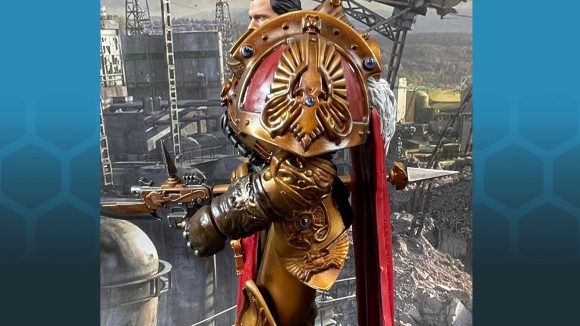 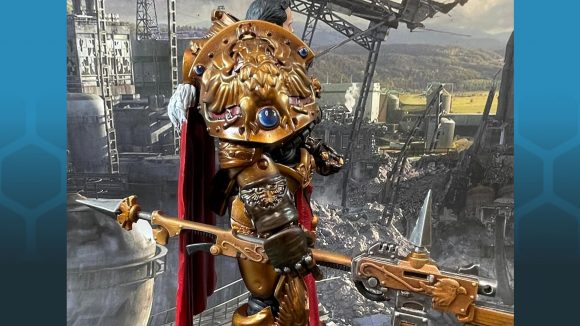 “So far, I’ve made around 25 customs in total, including 3 Sisters of Battle“, he tells us.

“Like most hobbyists, my favourite is always the last one I finished, but for me the Custodes is a bit special (it’s currently sat in front of me on my coffee table).”

It’s not Cook’s first crack at recreating one of the Adeptus Custodes’ golden host in action figure form; he tells Wargamer he assisted commission modelmaker Frog Lane Studio with its impressive custom Custodian figure project in 2021. For this latest attempt, Cook says, he “used a lot of the learning (mainly of what not to do) from there”. 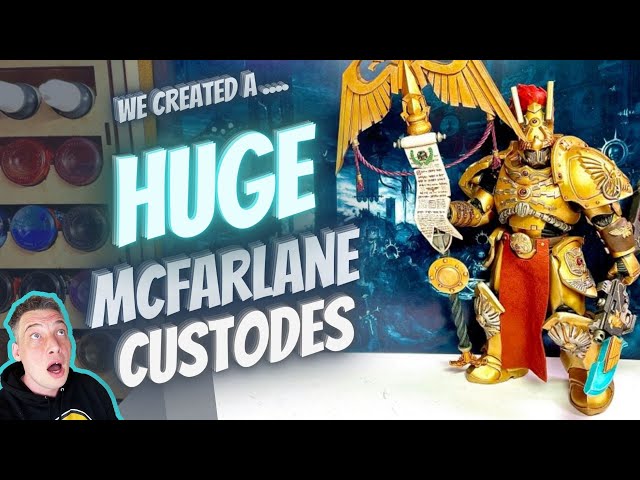 “I have a few other McFarlane customs in the pipeline including a Shadowseer, and converting another Reiver into a classic Maugan Ra Phoenix Lord,” Cook says – “and one other McFarlane project that I’ll keep under wraps right now as I want to see if I can pull it off.”

We’ll be keeping an eye out…

In the meantime, check out our full guide to the Warhammer 40k Adeptus Custodes army, or widen your scope to the full Warhammer 40k Imperium.