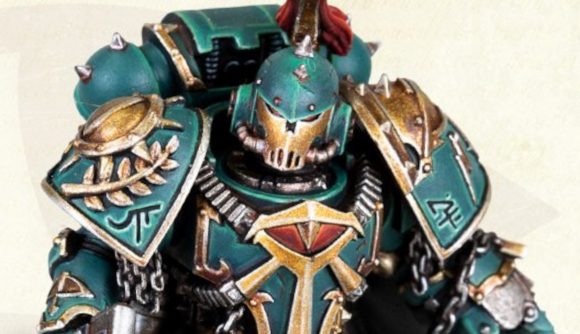 Every Warhammer 40k (or 30k) fan loves exclusive minis. The kind that let you gloat to your friends about their rarity and unmatched prowess. But better than exclusive minis are unreleased minis, which some fans were treated to after Games Workshop sent them a previously unseen Sons of Horus Praetor miniature by mistake earlier this month.

The new Horus Heresy miniature snuck out earlier than intended when some fans inadvertently received the model instead of their order of Maloghurst the Twisted, another Horus Heresy character mini teased back in April this year. It’s a mix-up at the Forge World shipping department that some customers might deem a happy coincidence rather than an aggravating mistake.

Besides the attraction that comes with exclusivity, The Sons of Horus Praetor miniature looks pretty swish. It can be built with two head options – a grilled helmet or a typically stern, bald-headed face – and carries a Power Fist and Volkite Pistol. The mini is intended to represent any senior Legion commander of the Sons of Horus, from Company Commander to Chapter Master.

Kitted out with all the trimmed armour, studded accessories, and chains that you would expect from a follower of the Chaos-infested, Imperium-breaking, main man Horus, we wouldn’t be surprised if some recipients of the new mini were pleased with their accidental acquisition. 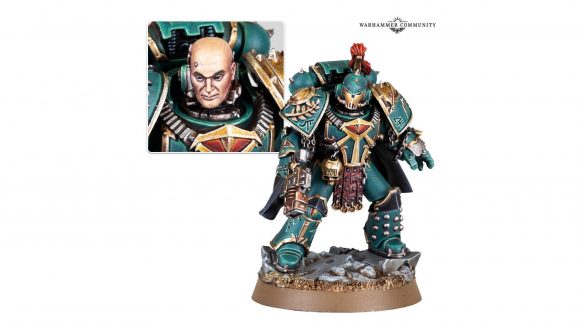 In a Warhammer Community post, Games Workshop said the mini will release officially later in the year, although no exact date was given. If you’ve ordered a Maloghurst model already, you might receive a Praetor by mistake, but we wouldn’t recommend ordering one now in the hopes of a lucky dip.

Games Workshop also said accidental recipients of the Sons of Horus Praetor can keep the model if they’d like, or contact the firm’s customer service department to arrange a replacement to receive the Maloghurst they ordered.

To get the lowdown on all this talk of Horus, check out our Warhammer 40k Chaos factions guide, or read our walkthrough of where to start with the Horus Heresy books.