Games Workshop has shown off its new datacards for Kill Team 2nd Edition – including some of the promised new unit statistics and mechanics baked into this new version of the game. According to a Warhammer Community article published yesterday, units in the new game have at least three brand new in-game stats, as well as more wounds, and a new way of measuring movement. The article also confirmed that the Kill Team: Octarius box set will be going to pre-order in August 2021.

As shown on the new datacards, each unit will now have a board game-style ‘APL’ – Action Point Limit – stat, controlling how many ‘actions’ it can take each time it’s activated; a Defence (or DF) stat, which governs its ability to dodge incoming attacks; and an as yet unexplained ‘GA’ stat, which we expect to be demystified soon.

We don’t yet know what ‘actions’ will be available for units to perform using their APL stat – but the article does confirm that “while most humans and xenos have a score of two, particularly powerful models like Space Marines can do even more with their turn”.

So more numerous forces can expect to take lots of quick turns, while elite Kill Teams will have to get multiple things done every time they activate an ‘operative’. 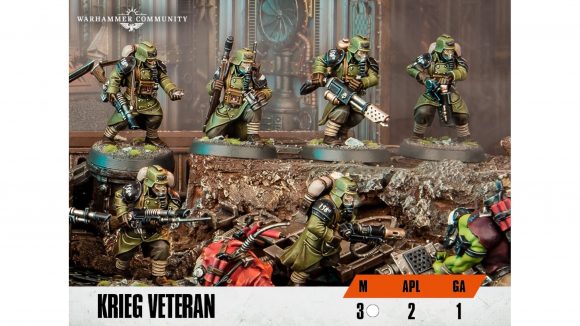 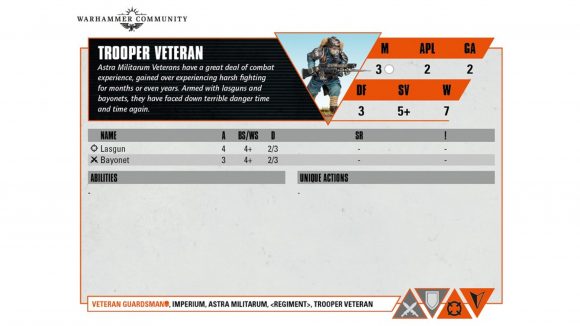 Models’ movement stat, meanwhile, is now given not in inches, but in regular increments of simple shape symbols referring to a specific side of the official plastic movement gauges. So, if your model’s Move stat is “2▲”, you can move it along two full lengths of the triangle-marked side of the gauge. 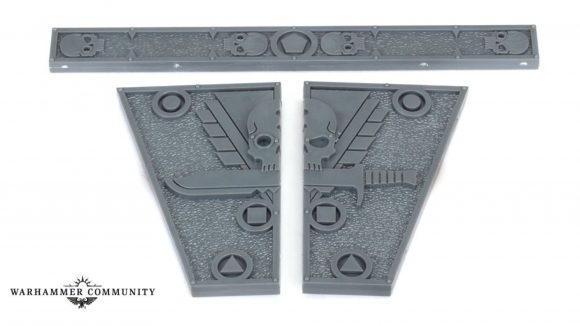 It’s neat – although it does tie new players into buying said plastic doodads, as opposed to using a good, old-fashioned, household tape measure. You can still use one, of course – you’ll just have to keep doing the basic mental arithmetic of inches, until you have your units’ move ranges memorised, which may be a little immersion-breaking for some.

We also got a look at a couple of the Krieg specialists’ in-game unit abilities. A Veteran with Hardened By War, for example, gets a 5+ ignore wounds roll, and an immunity to enemies reducing its APL. 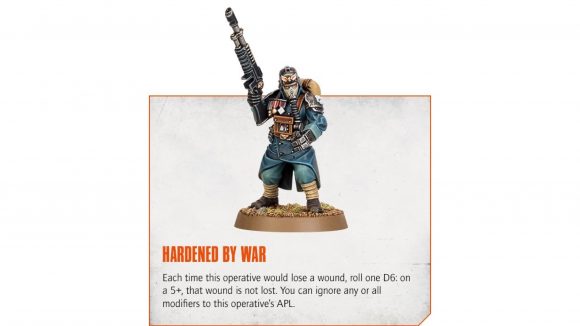 And the Signal ability allows your vox-equipped Krieger to give another Veteran within range an extra action point. 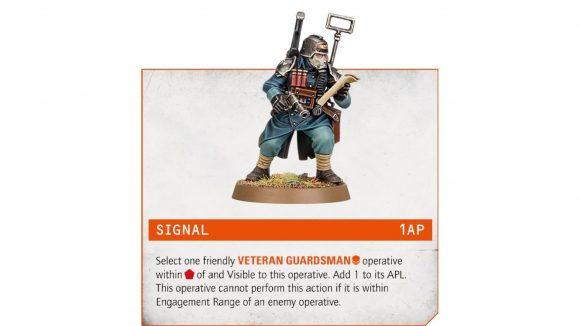 To keep up with the teased “changes to weapon damage”, all models are also getting more wounds, to keep them alive longer and allow for more of those “cinematic moments” – with even the humble Krieg Veteran getting a mighty seven wounds to chew through. 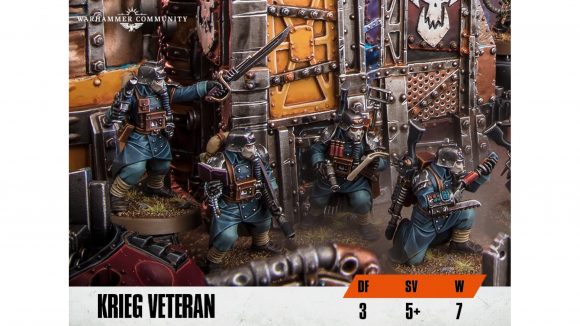 Finally, the Warhammer Community article allowed us just a sniff of the archetypes, or classes (or whatever terminology GW chooses) you’ll be able to apply to your Operatives as your Kill Team progresses through a narrative campaign.

They are Combat (apparently a melee damage-dealer); Staunch (a tank class if ever we saw one); Marksman (ranged killer, amusingly represented in GW’s graphic by an Ork); and Scout (likely a fast-moving objective-grabber with lots of action points). 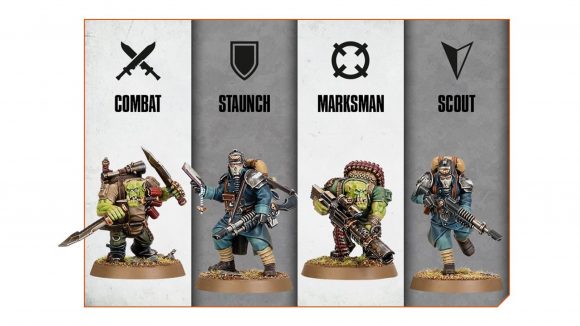 Alternatively, you could browse the latest Warhammer 40k news and guides.