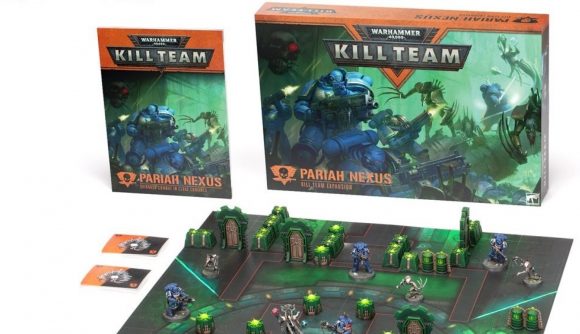 As Games Workshop continues its unstoppable march towards becoming a global superpower, at whose golden throne humanity’s mightiest leaders will finally kneel and beg for their new codexes, the sheer volume of news, reveals, and previews of its new tabletop delights just keeps growing. To help you keep up with the wargaming latest – and decrypt some of the coy, eyelash-batting vagaries on which GW’s eloquent communications squad prides itself – we’ll be spotlighting just the key developments as often as we can.

As such, we’ve digested the weekend’s latest Warhammer updates for you below, including the arrival of the first ‘big box’ in a while – the Kill Team Pariah Nexus expansion – the latest steps towards the release of Warhammer 40K 9th edition’s next new codex, and the arrival of yet more drip-fed loveliness from GW, in the form of a weekly new model reveal.

There’s always more material belching out of Warhammer’s vast, ever-growing hype factory than our poor little typing fingers could ever keep up with, but we try to distill out just the key information on the biggest news.

We hope you find it useful! 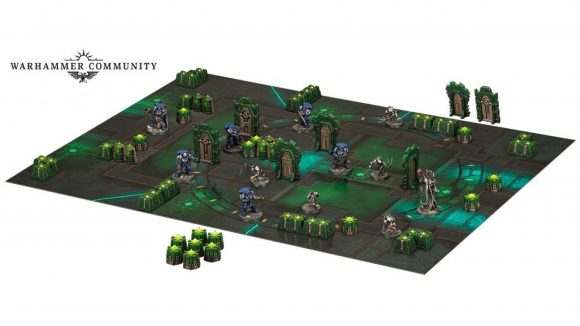 Pariah Nexus, the latest expansion set for single-squad close combat skirmish game Kill Team, went live for pre-orders on Saturday, and releases this coming Saturday, March 6. It costs $160 / £95, containing six Space Marines miniatures, six Necrons, and 48 pieces of Necron terrain, as well as the cardboard game board, expansion rule book and cards. GW’s biggest box for a good few months, Pariah Nexus is the only place (for the next few weeks at least) you can get hold of the highly sought-after Space Marine Heavy Intercessors models – which likely means demand will be high.

Necrons players, too, will be unable to get the included Chronomancer or Flayed Ones miniatures anywhere else for an indeterminate period (the dreaded GW ‘very soon’ treatment).

But, for players more focused on Kill Team than mainstream Warhammer 40K, the expansion may be interesting in its own right, adding a new Ultra Close Confines ruleset. Our review of this cobwebby, doom-laden alien cage fight of a box set is also fast incoming, so keep an eye out for it this week to find out if this expansion is for you. 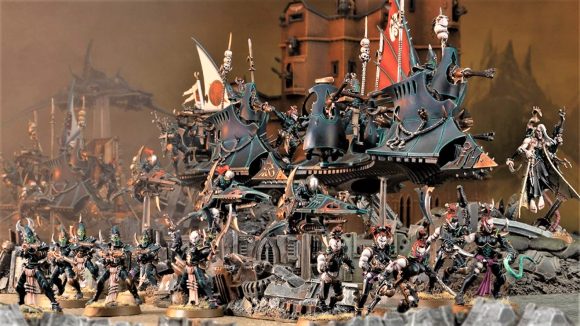 More Drukhari teasers on the way

Warhammer Community’s weekly preview video on Sunday confirmed we’d get another “sneak peek” this week at how the spiky, dark Aeldari will work in 9th edition – with their revolting Haemonculi Covens subfaction getting a specific name-drop.

It’s widely assumed GW is perfectly aware of such ‘leaked’ rules being included in retail boxes, and they rarely now surface without a Warhammer Community piece dropping around the same time, with more detail and better pictures. 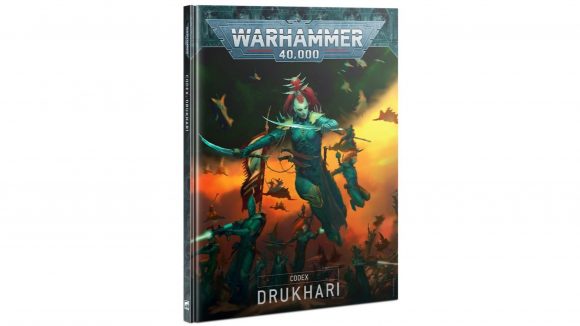 With this teaser apparently not associated with such a ‘leak’, however, we have leave to suspect it may be the preamble to more substantial, planned reveals of the new Drukhari codex.

With Space Marines, Necrons, Blood Angels, Deathwatch, Death Guard, and (most recently, on February 6) Dark Angels codexes or supplements all now released, we’ve long had it more or less confirmed that Drukhari will be the next book to come out.

When we’ll actually have the book in our hot, sweaty little mitts, however, is less certain. We expected it some time last month, but – perhaps due to the continuing predations of the pandemic – a timescale is still not forthcoming. Our ears remain to the ground this week. 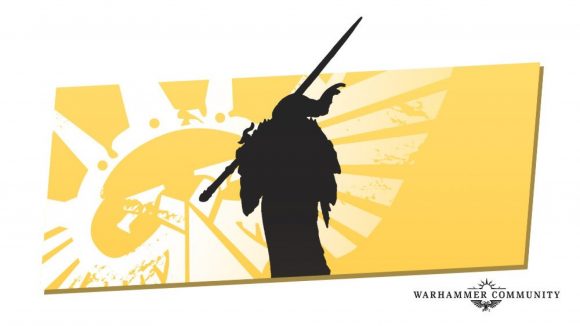 One new model to be revealed each Monday in March

Not content with its roughly monthly preview streams and regular, cryptic Rumor Engine partial model reveals, GW says it will reveal a single new model every monday this month.

We don’t know how much we’ll learn about the new model – in terms of in-game rules, availability, release and more – but we do know the reveal will take the form of a Warhammer Community article each week. We’ll see the first one later today. 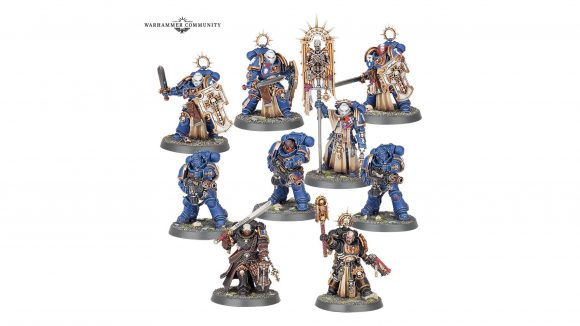 Also going up for pre-order are the previously announced Space Marines ‘Honoured of the Chapter’ and Necrons ‘Royal Court’ kits. These, quite plainly, are sprues used in the riotously popular Indomitus boxed set, repackaged into smaller bundles.