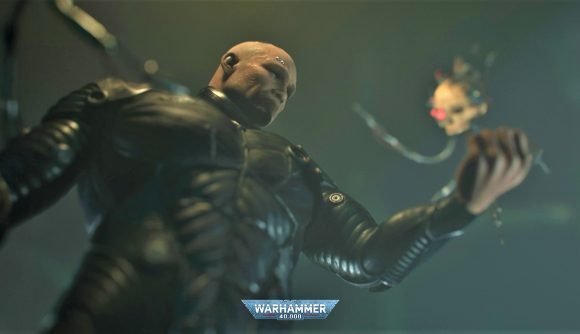 Games Workshop has for the first time shown, in full, glorious, grimdark 3D, how a Warhammer 40k Space Marine puts on his power armour. GW’s new, five-minute-long animation ‘Armouring Ritual’, released on Thursday – to which Wargamer was kindly granted advance access – is  an atmospheric walkthrough of an Ultramarines Primaris Space Marine having layer after layer of ceramite plates and wargear fixed to his body by cybernetic servitor attendants. You can watch it in its full glory on the Warhammer 40k website.

GW tells us it’s releasing this five-minute short not to support any product, or its Warhammer Plus subscription service – but because it “[wants] to showcase what the Warhammer Animation Studio has been creating and the quality of their work, as well as delve a little deeper into the Space Marine lore, showing how they equip their iconic armour”.

In a private press showing of the video earlier this week, Warhammer Community Outreach Manager Andrew Talbot told Wargamer GW could well create more such atmospheric animated shorts for other Warhammer 40k factions. “I’d love to see more of it, absolutely,” he said. “This is definitely the quality you can expect from Warhammer Animation Studio going forward.”

In the video, we see the muscle-bound, 8.5-foot tall Primaris Intercessor marine go step by step through the armouring ritual process, from topless hunk, to wearing the high-tech Black Carapace bottom layer, to being encased in successive plates of armoured ceramite in Ultramarines blue.

In true grimdark style, we also get lots of gruesome close-ups of the cyborg armouring serfs whose job it is to handle each marine’s wargear – it takes two of them to carry him his Bolt Rifle, and a whole separate person to deliver the magazine. 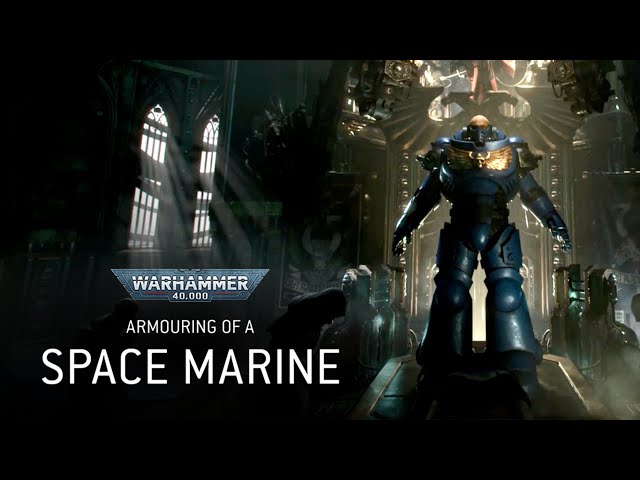 Throw in a wing-flapping guest appearance from the deeply unsettling Armorium Cherubs; the satisfying revelation that Primaris marines helmets do, indeed, come in two parts that go on exactly like Darth Vader’s; and a hell of a lot of fleshy crunching and hissing sounds, and you’ve got yourself a great Warhammer 40k party here. We can’t wait to see more of it.