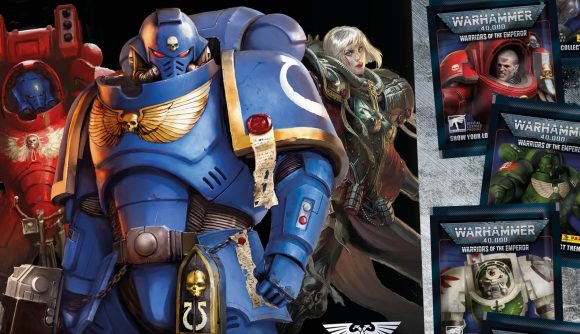 Collectibles and comics creator Panini UK is partnering with Games Workshop to produce 204 stickers and 50 ‘hero’ trading cards for Warhammer 40k. The company announced the upcoming releases in a press release published on its website on Monday. Both stickers and cards will be out later this year, in the UK first, and then in “other key territories”.

The first to arrive will be the Warhammer 40,000: Warriors of the Emperor Sticker Collection, coming to the UK in spring 2022. As the name suggests, no foul Xenos or accursed Chaos forces will mar these sticker albums, as they’ll instead focus solely on the 40k setting’s dubiously stalwart and true defenders of humanity.

Panini is creating stickers allowing you to “show your loyalty” to four of the oldest (and most popular) space marine chapters in the Imperium of Man: the Dark Angels; the Space Wolves; the Blood Angels; and, they never miss a get together, the Ultramarines – as well as the Sisters of Battle of The Adepta Sororitas. Detailed information about the trading cards themselves is less forthcoming, but we do know they’re set for a UK launch in autumn 2022. 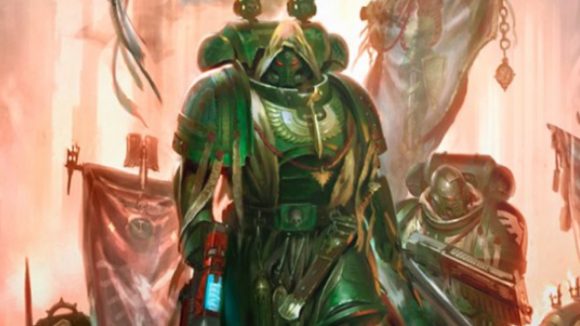 “Warhammer and Panini have great synergy, as consumers actively engaged in the Warhammer setting and Panini’s core collectors are of a similar profile,” says Jess Tadmor, Head of Marketing at Panini UK in the press release.

Both the 40k stickers and trading cards are coming to the UK initially, “followed by roll-out in other key territories later in the year”. It’s not yet clear what those territories are, or when the new products will hit US shelves.

As fans may know, these aren’t the only Warhammer trading cards expected to release in late 2022. We’re also awaiting the 40k-themed Magic: The Gathering Commander decks, arriving this year as part of Magic’s new Universes Beyond expansion.