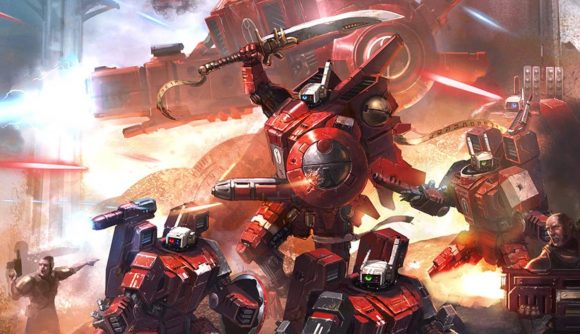 A new T’au codex for Warhammer 40k 9th Edition will release early next year, a Warhammer Community post published earlier today has revealed. Although no exact release date has been announced, the article confirmed the upcoming book will be one of the “first new codexes coming in 2022”.

Other than that, we know the T’au codex will include new rules for Pathfinders – a Fast Attack unit that often crops up in T’au lists – but haven’t been handed any more details. The news came hidden within an article about the release of a free datasheet that lets players use the miniatures of the latest Kill Team expansion box – Kill Team: Chalnath – in games of Warhammer 40k.

The datasheet includes rules for using the Adepta Sororitas’ new Sisters Novitiate Squad on the field, but doesn’t include any additional rules for the new T’au Pathfinder minis. Presumably, because the rules would soon be made redundant by the upcoming T’au codex.

However, the announcement does give us a better indication of this year’s remaining codex releases. Back in August, Games Workshop revealed two more 9th Edition codexes would be released before the year was out: one for an Imperium faction, and one for a Xenos army. Now that we know the T’au codex is coming next year, that crosses one Xenos possibility off the list. 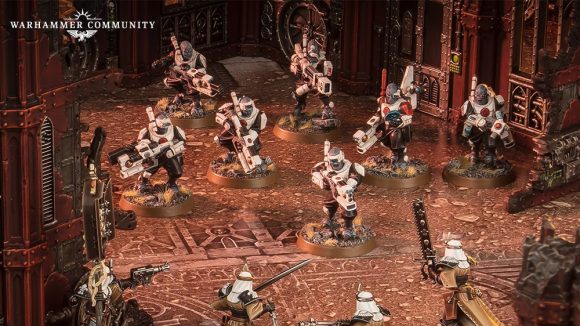 With codexes for the Necrons, Drukhari, and Orks having been released already, we reckon Games Workshop will be showing the Tyranids some love next. Given their place in the lore and their size in the hobby community, it would make sense for the ravenous swarm to earn their place as the next alien faction making its way to 9th Edition.