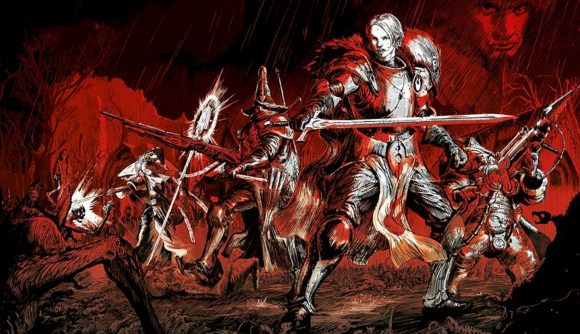 After an ill-fated release and surprise shelving, Games Workshop’s boxed fantasy dungeon-crawler Cursed City is returning to the tabletop in an altogether different form. Ulfenkarn: City at the Edge of Death, an upcoming sourcebook for the officially licenced tabletop RPG Age of Sigmar: Soulbound, will focus on Cursed City’s titular setting and its tyrannical vampire ruler, Radukar the Wolf.

Revealed by publisher Cubicle 7 in a blog post yesterday, the upcoming sourcebook looks to take the form of the game’s other ‘city guides’, providing information about the setting’s history, locations, and denizens. It will contain GM advice for running campaigns across various periods of the city’s past, as well as adventure hooks to entice your party to enter the city’s walls.

In keeping with Cursed City’s vampiric, gothic theme, Ulfenkarn: City at the Edge of Death will let GMs run horror-themed campaigns through its twisted streets, and include new monsters to encounter. Whether these creatures will span the Kosargi Nightguards, Vyrkos Blood-born, and Varghulfs of the boxed game remains to be seen, as does whether the vampire-hunting heroes of Cursed City will make an appearance.

However, we do know that the familiar face of Radukar the Wolf will be popping up. Seemingly set before the events of Cursed City, the game’s chief antagonist still holds power. 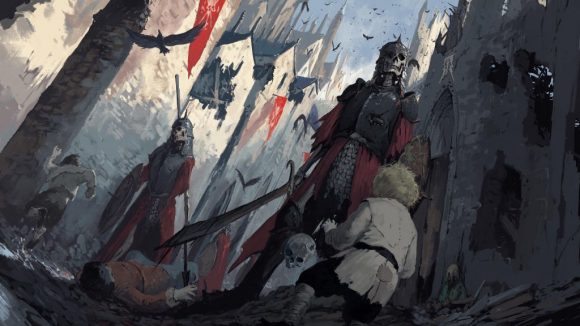 Cubicle 7 also says the book will contain new player Archetypes (akin to classes), letting you become a Vampire Hunter, Doomslayer of Sigmar, Aelven Exile, or a Guard Captain of Ulfenkarn.

Ulfenkarn: City at the Edge of Death is scheduled to release digitally as a PDF in the first quarter of next year, before a physical retail release in the second quarter.

Cursed City was released in April this year to the excitement of many eager fans, and after much promotion. But five days after launch, and after selling out online, Games Workshop made the surprise announcement that the game would not be restocked, retroactively labelling it a limited release. 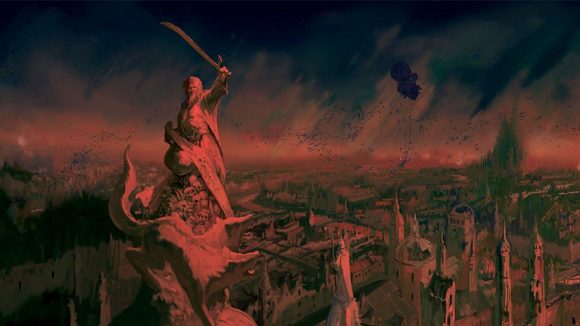 Since then, some miniatures from the game have been sold as standalone sets, and a resculpted character model of Radukar – renamed Radukar, The Beast – was released alongside the Soulblight Gravelords army line.

This is the first we’ve seen of the city of Ulfenkarn in licensed, third-party Age of Sigmar materials.

Elsewhere in the blog post, Cubicle 7 revealed several more upcoming sourcebooks for Age of Sigmar: Soulbound. Era of the Beast will recount the events of recent Age of Sigmar lore and Kragnos’ rampage across the Mortal Realms. Expect new locations to explore, creatures to fight, and Archetypes for the Lumineth Realm-lords, Daughters of Khaine, and Stormcast Eternals. It’s scheduled to release in the first quarter of next year. 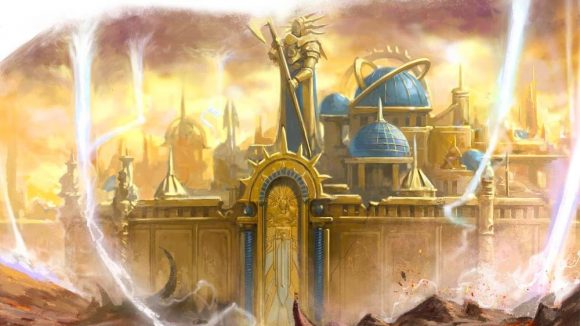 The Dawnbringer Crusades, meanwhile, will include GM and player resources for building your own settlement in the Mortal Realms, offering advice on the possible locations, resources, and threats you’ll face. It will include two sample settlements to plug into your campaign, and is expected to release in the second quarter of 2022.

It will be joined by Excelsis: City of Secrets, a guide to the port city of Ghur that’s also scheduled for release in the second quarter of next year.

Finally, Ruins of the Past will provide GMs with resources for running adventures in ancient and lost locations of the Mortal Realms, such as hidden tombs, lost citadels, and abandoned cities. That sourcebook is scheduled for the third quarter of 2022.

Like the sound of an Age of Sigmar RPG? Read our Age of Sigmar: Soulbound Starter Set review, in which we praised its ease-of-entry and fabulous pre-written adventure. Or, have a peek at our Age of Sigmar armies guide for a lowdown on all the factions of the Mortal Realms.