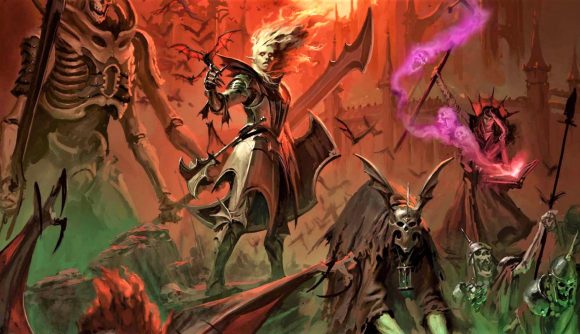 The upcoming Champions of Death expansion book – which promises new Archetypes for all Age of Sigmar’s Grand Alliance Death factions, as well as “new species, factions and subfactions, new Talents, Miracles of Nagash, and dozens of new spells” – is expected to come out in PDF form in the next month, with physical copies shipping out early next year. It’ll likely cost $39.99 / £29.99, in line with the previous Champions of Order book release.

The publisher named the new Soulblight Gravelords Archetypes in a blog post on Monday – with a brief, but tasty, glimpse at their characteristics and in-game abilities. The Vampire Lord, it says, is flexible between combat and magic, and can focus on “physical strength and reflexes” or “refine their necromancy” – they have access to spells from the new Lore of the Vampires, including some which “conjure creeping mist, drain the lifeforce of foes, or cause an enemy’s very blood to boil”.

Necromancers, meanwhile, are completely magic-focused, and use the new Lore of the Deathmages, gaining spells that “cause living flesh to decrepify, fill thief foes with overwhelming dread, or cast deathly invocations to conjure undead minions from the earth”. 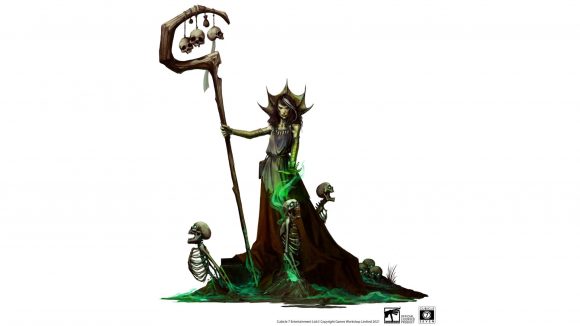 While the other three Archetypes seem more uniformly combat-focused, they have distinct narrative flavours (and presumably distinct abilities, though we don’t know yet). 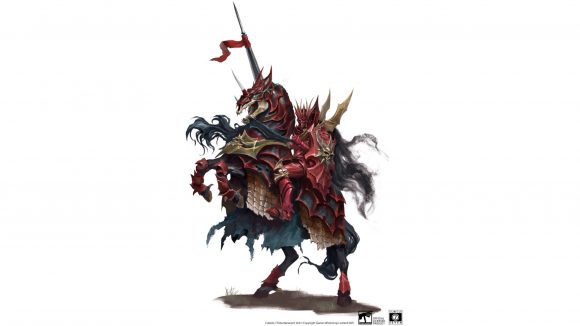 Blood Knights, described deliciously as “vampiric cavaliers” are obsessed with a bloodthirsty, vicious mockery of chivalric honour and will charge ahead to slaughter worthy foes. 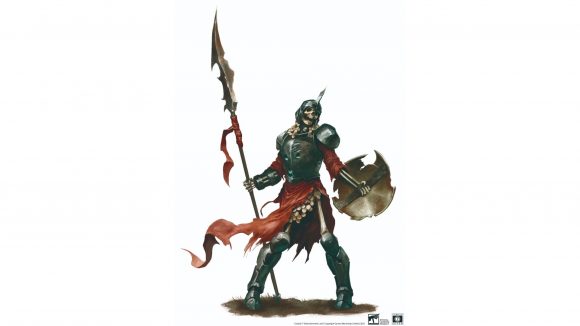 Grave Guard are eternal bodyguards, charged with protecting their charge (perhaps a party ally) for all time. 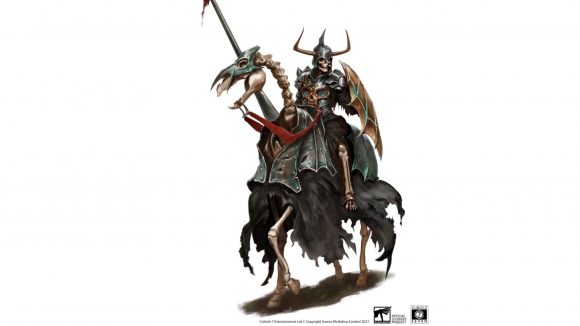 And Black Knights seem like dark Paladins: in life, noble knights; in death, empty husks who know only to ride, fight, and quest to complete some great destined goal only they can see. 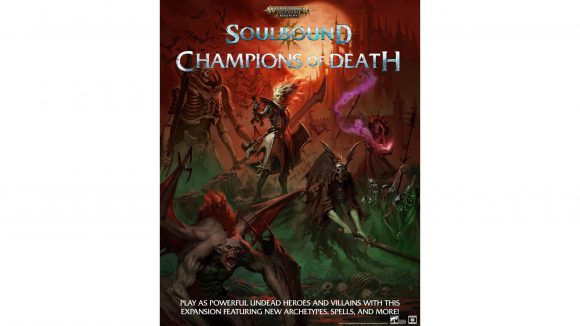 This Soulblight Gravelords run-down follows earlier reveals of the new playable Archetypes for the ghostly armies of the Nighthaunt (Cairn Wraith, Guardian of Souls, Knight of Shrouds, Lord-Executioner, Myrmourn Banshee, and Spirit Torment) and for the ghoulish Flesh-eater Courts (Crypt Infernal, Crypt Haunter, and Crypt Ghast).

Archetypes for those ensorcelled bone golems, the Ossiarch Bonereapers, have not yet been shown off – but will likely include the Necropolis Stalker, as it’s shown on the book’s cover art, alongside various other Death characters which are getting Archetypes.

Whet your appetite for some weird and wonderful roleplaying in the Mortal Realms? Good, because Soulbound also lets you play as the Seraphon lizardmen. And the Age of Sigmar: Soulbound starter set is excellent, too.

More interested in leading the Midnight Aristocracy to battle in the Age of Sigmar tabletop wargame? Check out our Soulblight Gravelords army guide.