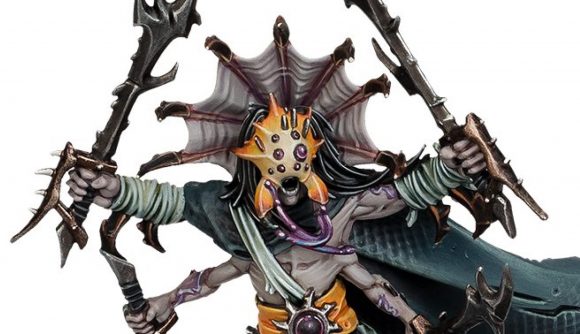 Games Workshop has revealed the first new miniature in many months for Age of Sigmar‘s skirmish wargame sibling Warcry, in the form of the sinister, spider-themed Broodmaster. The new model was unveiled on Monday via Warhammer Community, and in a pretty intense new trailer video, which you can watch just below. There’s still no release date or window on any of it, of course.

It’s the first drop of news we’ve seen so far on ‘Red Harvest’ (the spooky, apparently distinctly arachnid-adjacent new release coming for Warcry) since it was first mentioned in a short teaser video which closed out GW’s reveals at Gen Con 2021 (you can catch up on that below, too).

Monday’s new trailer for the Broodmaster also appears to show fleeting glimpses of some red-and-brass, spiky, metallic scenery – which may point to further content coming as part of whatever the ‘Red Harvest’ turns out to be; it could be merely a terrain set; it could be a full-blown new Warcry starter set. At the very least, we can presumably expect a new warband to play with – featuring the extreme arachnophile Broodmaster and friends.

Monday’s video even drops hints as to their lore: the narrator speaks of being “on the cusp of revelation” (like a shadowy, underground cult preparing for an uprising, perhaps); seeking approval for their works from someone called the “Eightfold Watcher” (Archaon seems a fair bet on this one); and eagerly pushing for “the Ascension” (which may just be spooky code for ‘joining Archaon’s legions’ – the narrative objective of the game – or may be some more specific part of the Red Harvest’s story). 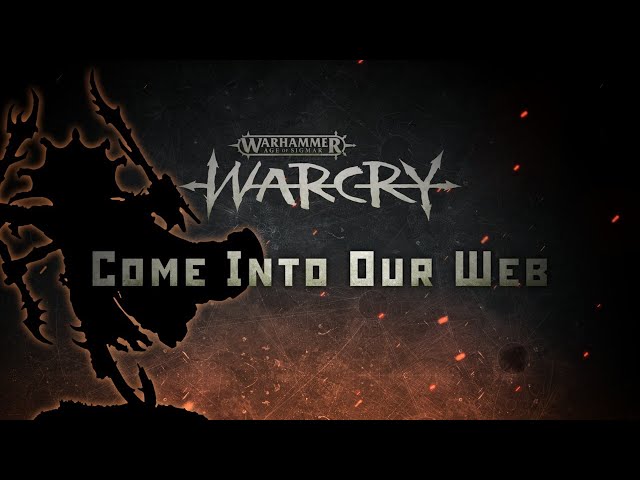 Warcry was first released in 2019 with an original starter set, including miniatures for the Iron Golems and Untamed Beasts warbands and Chaotic Beasts for them to scrap with, along with a bevy of ‘chaos ruins’ scenery, the core rulebook, unit datacards, battleplan cards, tokens, dice, and measuring rulers. 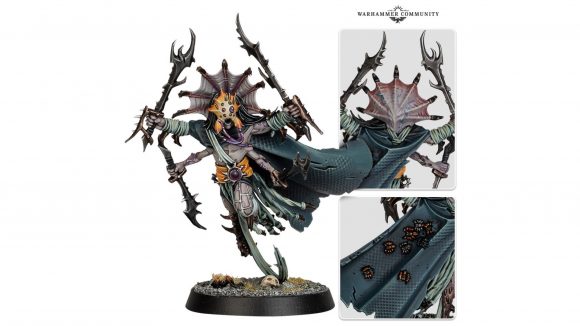 GW has since released several more standalone warbands, as well as custom card packs to form your own warband from any Age of Sigmar army. It’s generally agreed that the game’s warm reception and successes led to various of its structural and gameplay elements being integrated into 2021’s Kill Team Second Edition ruleset. 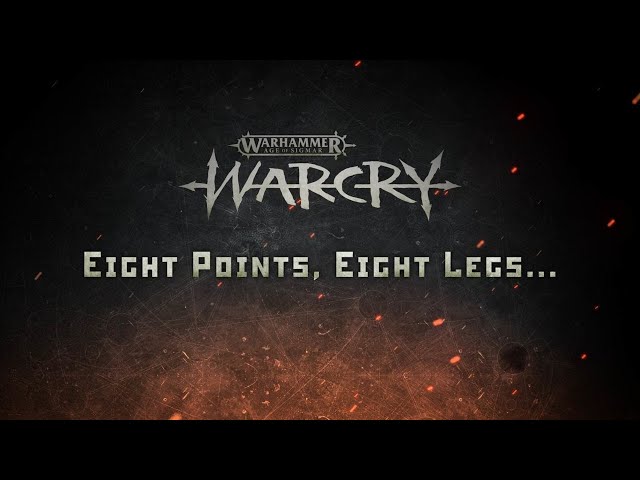 Alternatively, get a grounding in Warhammer’s Mortal Realms by reading our full guide to Age of Sigmar armies.