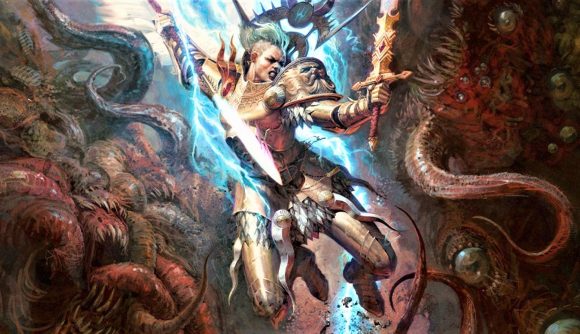 Warhammer Age of Sigmar will soon launch its third edition ruleset, accompanied by a new range of Stormcast Eternals models, and a new boxed set, Games Workshop announced in a livestream on May 8 – the sixth day of its Warhammer Fest 2021 event.

There are no timings or details yet on when the new edition, or the accompanying boxed set, will arrive – but the stream ended with an animated teaser video, that suggests an unknown new, swamp-themed faction is on the way, which presenters Eddie Eccles and Adam Troke hinted might be the Stormcast’s adversaries in the coming boxed set.

Miniatures-wise, the ‘poster boys’ for Age of Sigmar’s third edition are new, buffed-up variants of the Stormcast Eternals, the game’s primary “lawful good” warriors, now clad in “Thunderstrike Armour” – an adapted form of the Stormcast’s original plate, with a slightly more realistic look, and greco-roman, martial styling. We saw two of these new units on-stream: the spear-armed Vindictor troops, and a gigantic elite warrior type called the Annihilator, carrying a round shield and vast ‘meteoric hammer’ weapon.

The star of the show, though, was Yndrasta, the Celestial Spear – a new Stormcast character model (with magnificent wings), whom studio loremaster Phil Kelly described as “up there with the Celestant Prime, as one of Sigmar’s main weapons in the fight against Chaos”.

“She’s a monster hunter and she’s never happier than when she’s slaying things left and right,” he added. 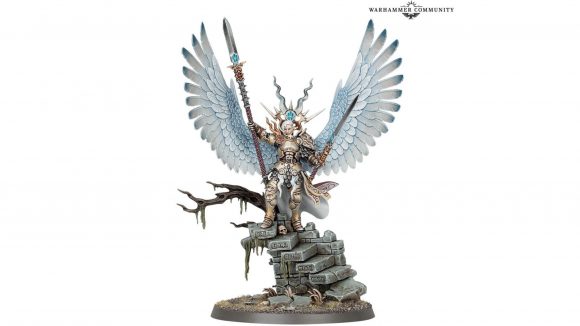 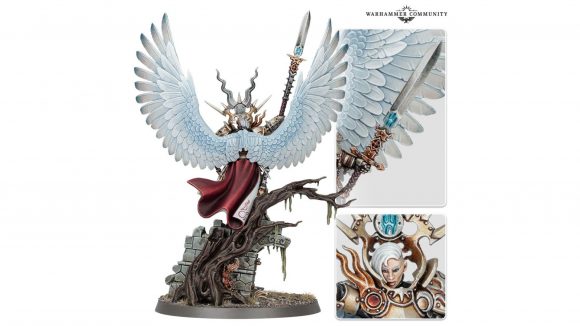 The stream didn’t go into much detail on any actual rules changes, but senior product developer Ben Johnson mentioned a new “Core Battalions” system, which he said intended to correct balancing issues in matched play caused by some of the existing Warscroll Battalions.

And Age of Sigmar studio manager Jes Bickham said on-stream the game’s rules had been “pulled apart, expanded, and retooled” for the 3.0 edition, and that “there should be no room for ambiguity or interpretation at all.”

He added: “We really wanted to make a game that was simple to use, full of incredible depth, that keeps you interested and excited throughout every phase of the game.” 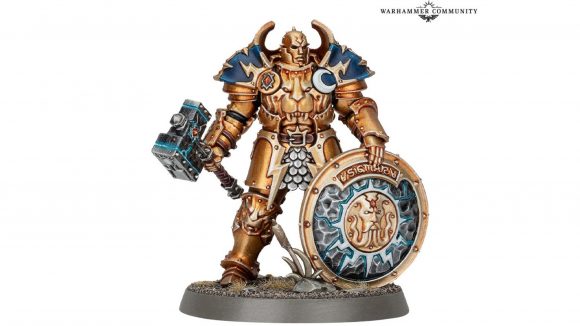 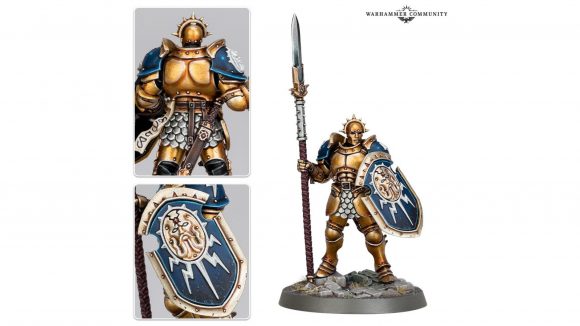 The main narrative of the game’s third edition, according to comments from Bickham, and studio loremaster Phil Kelly, will focus on the forces of Sigmar – and his Dwarfish fellow god Grungni – finally launching a fightback to reclaim the Mortal Realms from the followers of Chaos.

This marks a turning point from the lore thus far, in which the Stormcast Eternals and the rest of the forces of Grand Alliance Order have constantly been on the defensive against Chaos, Death and Destruction factions. 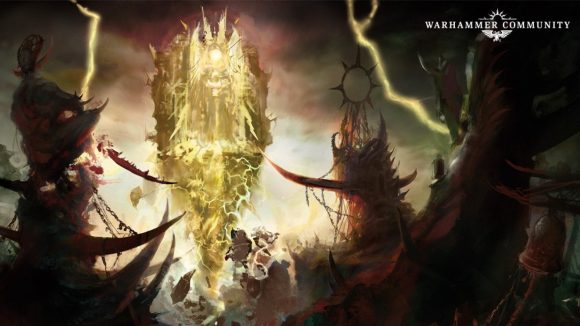 The announcement of a third edition for Age of Sigmar has been increasingly expected in the game’s community for some time, simply because it fits GW’s modern pattern of a new edition for both Warhammer 40k and Age of Sigmar every three years.

Want to mug up on the game’s factions in prep for the new edition? Check out our Age of Sigmar armies guide. Or have a gander at the other new hotness (or coldness) in the mortal realms – the Soulblight Gravelords.