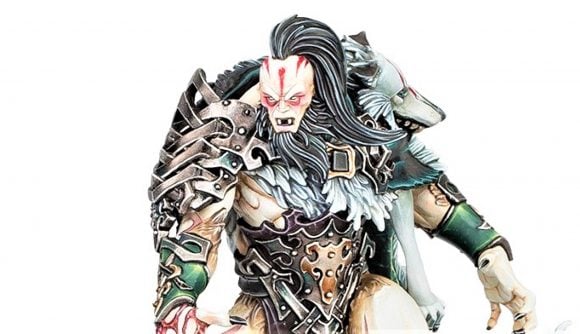 It’s that time again. Games Workshop’s week-long Warhammer Fest event is live, and has already begun bestowing upon us its usual torrent of plastic magnificence – starting, yesterday, with a full reveal of the remaining models for the new Soulblight Gravelords army for Warhammer Age of Sigmar, in all their pallid glory.

Unveiled on Monday in the first of six daily preview streams – and subsequently in a Warhammer Community post – the reveal showed us four new kits for the Gravelords: one Battleline unit, in the form of the Dire Wolves, and three gorgeous, if terrifying, characters: Lauka Vai, the Mother of Nightmares; Radukar the Beast; and Belladamma Volga, First of the Vyrkos.

Naturally, we got no hints as to when (or in what configurations) any of these bloodthirsty beauties will actually be available. Some of them, at least, can be expected to drop with the Soulblight Gravelords Battletome, but, since we’ve no release schedule for that either, vamp fans will have to wait for now. Perhaps the rest of Warhammer Fest’s reveal schedule may provide.

For reference, the daily streams kick off at 10am PT / 1pm ET / 6pm BST each day this week, with the final one on Saturday, May 8. 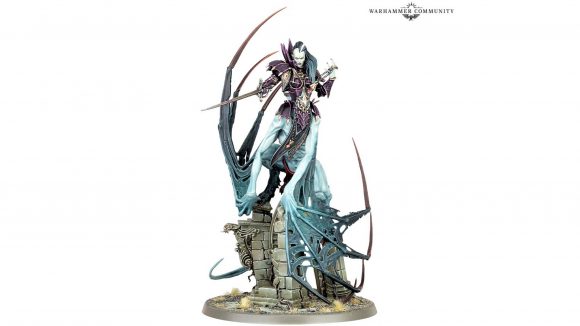 Looking at the new models, Lauka Vai is simply spectacular – hideous, and disturbing, and yet full of alluring, debonair charm that only vampires can exude, she’s about as sexy a creature as you’re likely to find, that’s essentially a human torso protruding from a ghoulish, distended bat-body.

A super-tall, visually incredible sculpt, this lady is going to be in high demand for Soulblight armies. In a welcome twist, the kit can also be constructed as a generic, non-named-character variant, the Vengorian Lord, which in itself looks pretty ace. 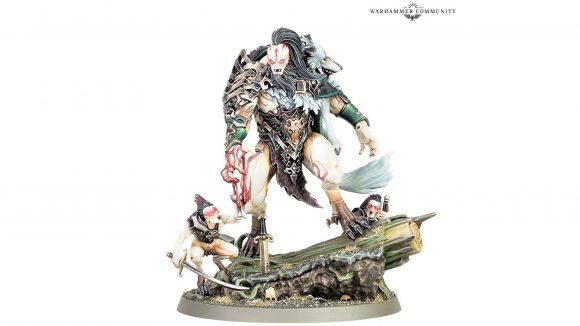 Radukar the Beast is explicitly introduced as a returned, shapeshifted form of the villainous vampire Radukar the Wolf, the Big Bad of Warhammer Quest: Cursed City. Despite nominally being killed by the players at the climax of Cursed City’s main quest, we now know Radukar survives, gets hench, and “bides his time prowling Shyish and plotting revenge”. 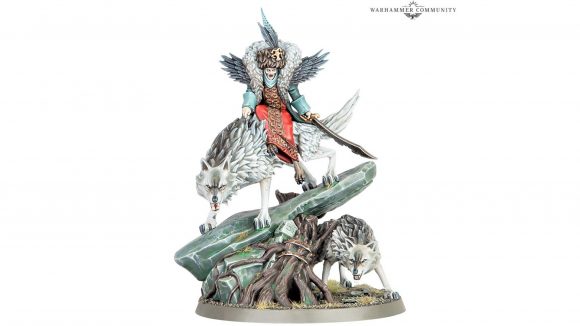 A new (if very old) face is Radukar’s great great (we don’t really know how many greats) grandmother (grandsire?), Belladamma Volga. Clad in luxurious, somewhat slav-esque garb, and furs, and riding a huge Dire Wolf side-saddle, she’s a deeply unnerving combination of apparent physical frailty, and huge implicit threat, sat on top of what has to be one of Age of Sigmar’s simplest, but finest, scenic character bases yet. 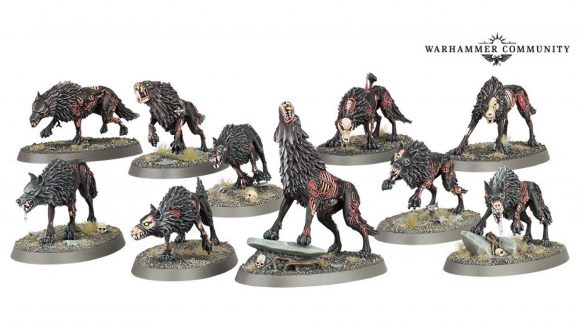 Fans of the Gravelords’ precursors from Warhammer Fantasy Battle (WFB) and Total War Warhammer, the Vampire Counts, will be especially pleased to see the return of the Dire Wolves. Packs of these fearsome, loping undead hounds formed the fast-moving, skirmisher frontlines in Vampire Counts armies back in the day, and it looks like they may play a similar role in your Soulblight armies for Age of Sigmar. 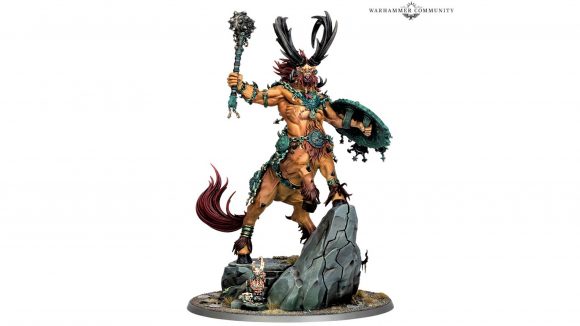 Also revealed in Monday’s stream was the absolute stallion of unbound malevolence that is the model for Kragnos, the End of Empires, a brand new major character in the AoS canon.

Worshipped as a God by the forces of Destruction (one of the four Grand Alliances to which all Age of Sigmar factions belong), this incredibly angry, giant, mace-wielding centaur was imprisoned inside a mountain aeons ago by servants of Order, including the Slann Mage Priest Lord Kroak, and, well, he’s got out. He appears to be in a poor mood about it.

Some welcome titbits of Kragnos’ tabletop rules reveal that he’ll add one to the Bravery of all friendly Destruction units within 12”, and his massive, ornate shield, Tuskbreaker, gives him a decent chance of ignoring the damage each and every time he’s hit by a spell or endless spell. No model statline, or rules for that gnarly-looking mace, just yet. GW knows how to leave folks wanting more, after all.