Momentous news for fans of GW’s mesoamerican-themed lizardmen models (either in their old Lizardmen, or modern, Age of Sigmar Seraphon guise), as master surprise merchant Games Workshop yesterday unveiled a massive new showpiece miniature for Lord Kroak, Starmaster, and greatest of all the Slann Mage Priests.

Revealed in a Warhammer Community post yesterday afternoon, the new Kroak model looks to be around eight inches tall, with the amphibian spellcaster himself ensconced in a “mystical palanquin” of rotating stone ring sections, cunningly moulded – as so many GW character miniatures are these days – to give the illusion of floating, without the clear plastic stands of old. You can get a good look at him in all his glory in the reveal trailer, below.

Unsurprisingly, GW let nothing at all slip in the way of release timetable or tabletop rules for this ancient fantasy warlord – nor any details of exactly how Kroak’s return will factor into Age of Sigmar’s current “Broken Realms” narrative. The only clarification we have is that – according to the Community post – current events “threaten the Great Plan of the Slann, and Lord Kroak is roused from his contemplation to intervene directly”.

The brief reveal trailer also shows the now (sort of) deified Morathi-Khaine – a major player in the current Age of Sigmar storyline – speaking directly to Kroak, enjoining him to cooperate: “Kroak of Lustria, the truth is clear: that which we cannot kill, we must redirect.” 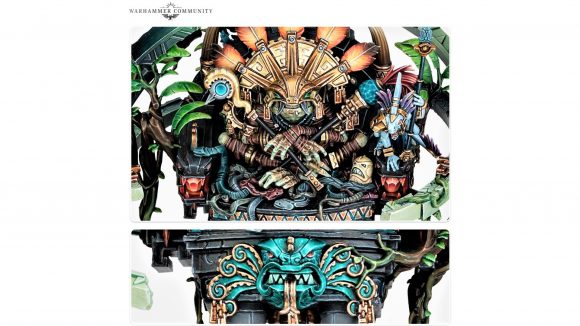 The exact meaning is unclear, though “that which we cannot kill” may well refer to the necromancer Nagash and his forces of Death – so we’d speculate the conniving Morathi-Khaine aims to co-opt Order’s implacable undead foes somehow, and wants Kroak’s help to do it.

In Warhammer fantasy lore, the Slann Mage Priests were among the oldest beings in the universe, obsessed with pursuing their “Great Plan”, as laid down by the Old Ones, the alien creator-gods of the Warhammer fantasy world. That mission is all the more complex in Age of Sigmar’s re-booted Mortal Realms setting – so it remains to be seen what Lord Kroak’s motives will be, now that he has returned.

In any case, Kroak now becomes the latest in a growing line of beloved characters from Age of Sigmar predecessor Warhammer Fantasy Battle (WFB) to be redesigned and recast in larger, vastly more detailed plastic form since GW’s newer fantasy property launched in 2015. 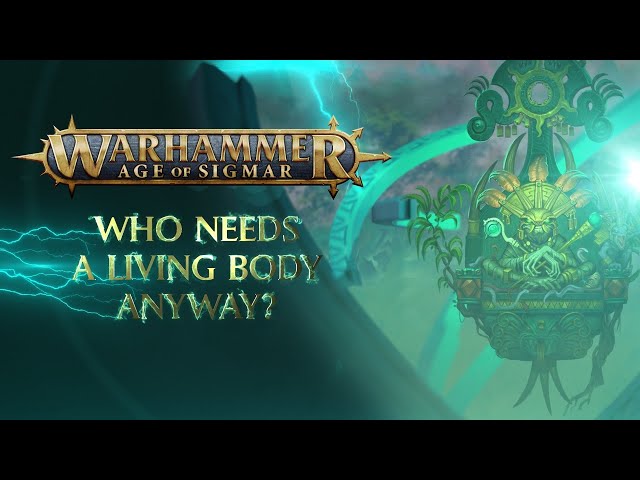 Morathi herself received the same treatment, in her towering Medusae form, in 2018, as well as the nefarious Nagash, whose big-hatted, gravity-defying body – atop swirling tendrils of spooky magic – arrived on the tabletop alongside the original Age of Sigmar launch.

And this magic toad-man comes hot on the heels of news that the gigantic new version of old favourite Daemon Prince Be’Lakor goes to pre-order this Saturday.

Who’s next, we wonder? Karl Franz? Settra the Imperishable? We can only hope.

Looking to get started with Warhammer Age of Sigmar? Check out our armies guide to pick a force that works for you – or make things simple by choosing a starter set, as rated by us for content and value.

Oh, and did you know? Warhammer: Underworlds is getting a proper starter set, too.