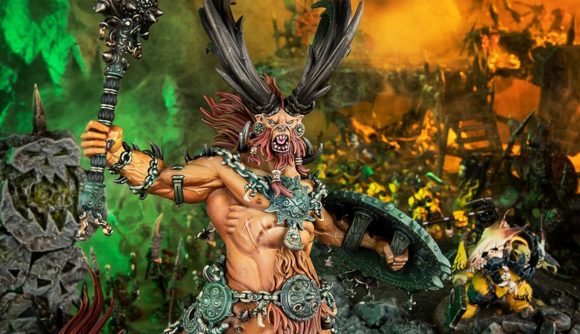 Warhammer Age of Sigmar will receive more regular rules updates, point changes, and rebalances to its competitive meta in a new series of online ‘Battlescroll’ updates, Games Workshop revealed in a Warhammer Community post today. The updates are intended to address imbalances within the game while consolidating updates in a single, easy-to-read format. The first of them has already been released.

The Battlescrolls, those documents in which the updates are collected, will be available as free downloads online. They’ll focus on tightening and fine-tuning rules to boost weaker factions and nerf overpowered units, alongside outlining new errata for published battletomes. Their changes will automatically apply to all official Age of Sigmar tournaments, and roll out on the game’s official app soon after publication.

The first Battlescroll went live earlier today alongside the announcement. It primarily focuses on boosting the abilities of some of the more powerful units in the game (including Kragnos, Nagash, and Archaon) and making point adjustments to every faction.

On the broadest level, every army has received points changes, with the Stormcast Eternals seeing points changes to eight of its units. Most notably, the Lumineth Realm-lords’ Vanari Auralan Sentinels received a 20 point bump, Gotrek Gurnisson increased by 50, and the Ark of Sotek Bastiladon is down 20 points to 165.

Kragnos, the most recent addition to Age of Sigmar’s pantheon, receives two new abilities. Avatar of Destruction effectively prevents him from being one-shot-killed, while The End of Empires improves the Charge of nearby Destruction units. He’ll no longer benefit from Allegiance abilities, however. 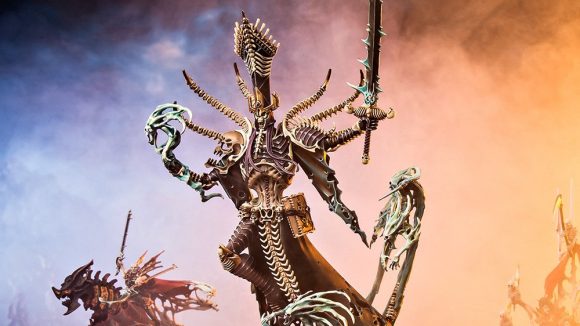 Nagash’s Supreme Lord of Death ability has been improved, now letting you reroll 1s for any ability that lets you return friendly Death units to the battlefield. He has the new Death Magic Incarnate ability, too, adding 1 to the Ward rolls of friendly Death units, although he will also no longer benefit from allegiance abilities. His Hand of Dust ability has also been altered to allow players to use “appropriate containers” to hide dice from the table, rather than specifying they must use their hands.

Finally, Archaon’s By My Will ability, which lets a friendly model continue fighting until the end of its turn after being slain, now applies to all Chaos units, rather than only Slaves to Darkness. 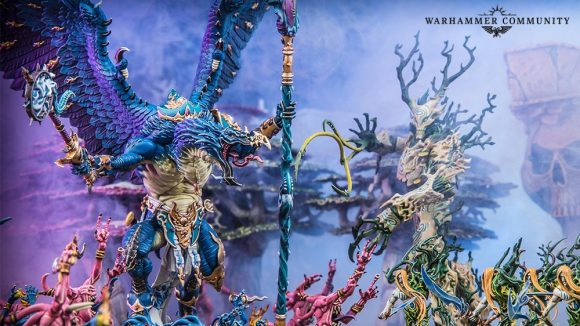 Check out the full Battlescroll here.

Although Games Workshop has pitched the Battlescrolls as regular releases, it hasn’t committed to a specific schedule. There’s no word on when we can expect the next to be published, whether in a few weeks, months, or half a year’s time.

To venture further into the Mortal Realms, read our comprehensive Age of Sigmar armies guide. Or, take a peek at all the Warhammer 40k codex release dates if the grim darkness of the far future is more your thing.