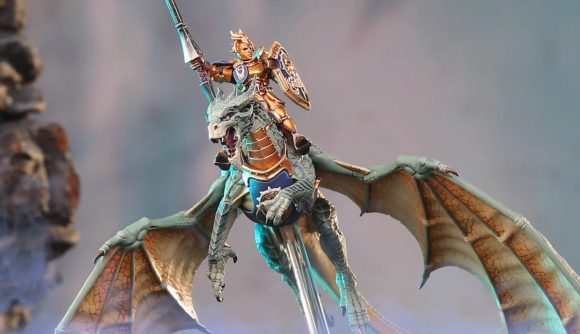 Following last week’s reveal of two new ‘Draconith’ dragon models for the Stormcast Eternals, Age of Sigmar is adding even more fire-breathing beasties to the mix. The Stormdrake Guard is a new batch of dragon-riding units that not only brings a serpentine spin, but lets you field an all-dragon army for the Stormcast Eternals, Games Workshop revealed in a Warhammer Community article on Monday.

Stormcast Eternals clad in the newly-minted thunderstrike armour, and perched atop Draconith mounts, you don’t need to keep these beast-riders on the sidelines. Field their unit leader – the Knight-Draconis – as your army’s general, and all your regular Stormdrake Guards will operate as Batteline units. You’ll be able to field an entire army of dragon-riding Stormcast Eternals on the tabletop. Pretty neat.

Although details of their gameplay abilities are sparse, the Knight-Draconis’ flaming sword is looking pretty nasty, and Games Workshop says they’ll be “as much of a beast on the battlefield as you’d expect from such a mighty champion of Sigmar”. The regular Stormdrake Guards, meanwhile, can be equipped with either a ‘drakerider’s warblade’ or ‘drakerider’s lance’ – perhaps for all those Stormdrake jousting tournaments you’ll be entering?

The images released by GW show the dragons in a variety of poses – their wings, arms, and mouths in various positions – and they’ll have a pick of optional gear, including fancy hats and breastplates. The riders, too, look to come in a variety of poses and styles, from stern Sigmarite faces, to bald-headed marines. 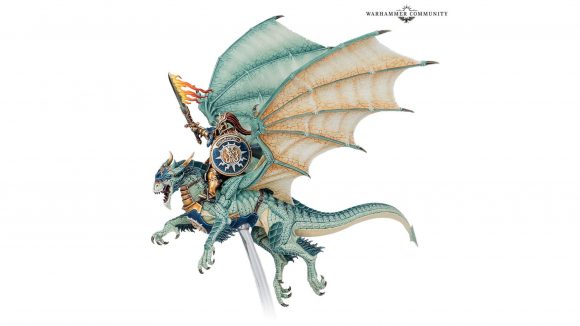 As is GW’s style, there’s no word on prices or release dates just yet, but the rules of the new Draconith units will feature in the upcoming Stormcast Eternals third edition Battletome, releasing sometime this month. We already know the updated rules will allow Stormcast armies to take a quarter of their units from the Cities of Sigmar faction, but we can expect more details in the next few weeks.

According to Age of Sigmar Lore, the Stormdrake Guard and their Draconith mounts form a symbiotic relationship, granting them rare powers and markings. The Draconith are children of the godlike, Sigmar-rescuing Dracothion, who survived the destruction of Warhammer’s Old World. Now, they’re creeping out of the woodwork to do battle with the returning Kragnos. 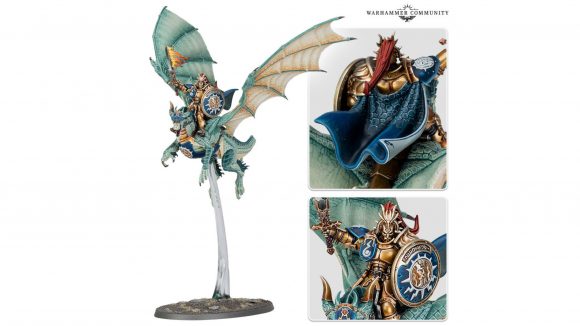 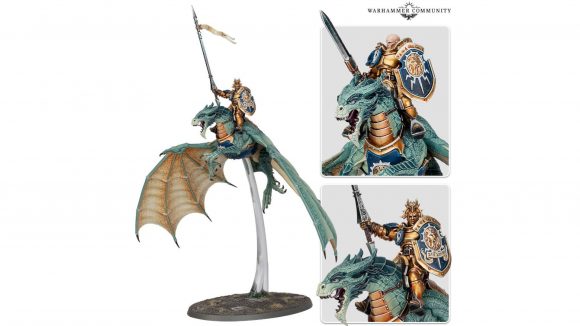 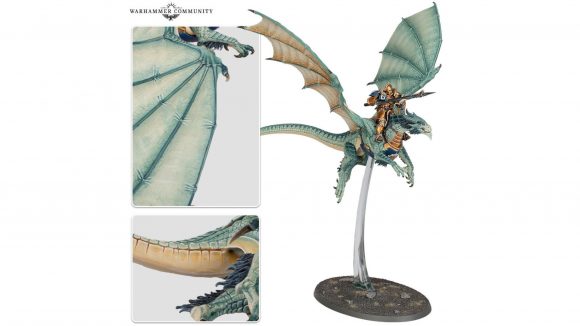 To brush up on your knowledge of the Mortal Realms, check out our Age of Sigmar armies guide.

Or, if the grim darkness of the far future is more your thing, did you know that Warhammer 40k: Kill Team 2nd Edition is coming in August? Read our Kill Team: Octarious guide for the ins, outs, and all the latest reveals of the upcoming boxed skirmisher.