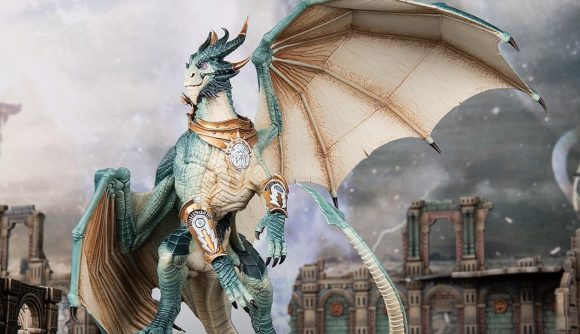 Warhammer Age of Sigmar’s Stormcast Eternals faction is getting two massive new ‘Draconith’ dragon models, named Krondys, Son of Dracothion and Karazai the Scarred, Games Workshop revealed in a Warhammer Community article on Monday. As usual, GW gives no estimates for pricing, pre-orders, or release dates for the new kits, but confirms that both dragons will feature in the new Stormcast Eternals Battletome, coming up for pre-order in August.

Canonically the offspring of the godlike ‘Celestial Drake’ Dracothion – who salvaged the post-apocalyptic remains of Warhammer’s Old World and stuck them into Age of Sigmar’s Mortal Realms setting, before sealing a pact with Sigmar himself – the Draconith princes have an ancient vendetta against the forces of Destruction, and have therefore returned to deal with the renewed threat of Kragnos.

Gameplay-wise, we know little about the dragons’ abilities on the tabletop – though we do learn that Krondys has “substantial magical abilities”, further buffed up by the pretty Sigmarite collar he wears, named the ‘Regalia Fulmentaris’.

Meanwhile, his more grizzled sibling Karazai – who bears a striking resemblance to Scar from The Lion King – is said to have been “scouring Ghur… wreaking havoc on the forces of Destruction”, so we suspect he may have a more combat-focused battlefield role. 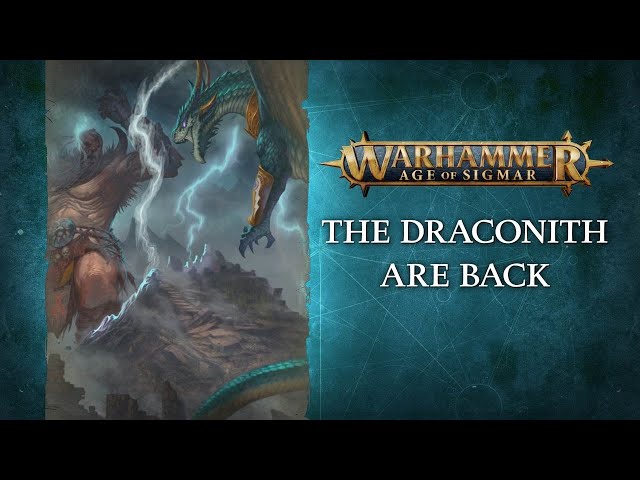 The photos and video revealed by GW in Monday’s article don’t give a direct idea of scale, but it’s pretty clear that the models for Krondys and Karazai (which have a noticeably similar scale and pose, possibly for reasons of balance on the tabletop) are going to be among the largest Age of Sigmar miniatures available; the article itself says they “tower over the battlefield”, and it’s easy to believe, from what we’ve seen. 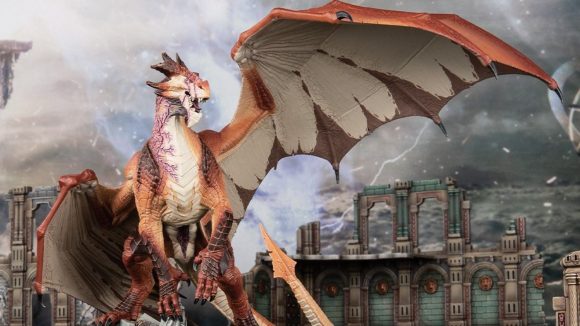 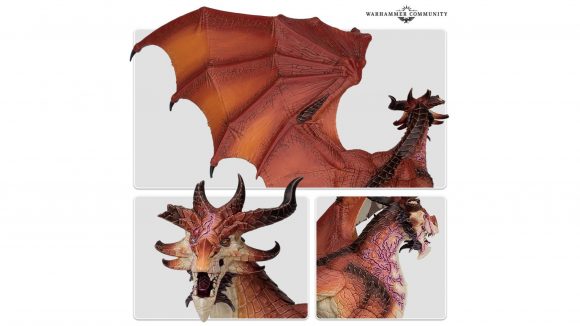 The dragons are just the latest in a recent slew of huge new centrepiece miniatures for Warhammer Age of Sigmar – starting with the Dominion box’s Yndrasta, the Celestial Spear and Killaboss on Great Gnashtoof commander models, and scaling up to the Kruleboyz’ recently revealed big boss, Gobsprakk, on his enormous Corpse-rippa Vulcha, Killabeak. 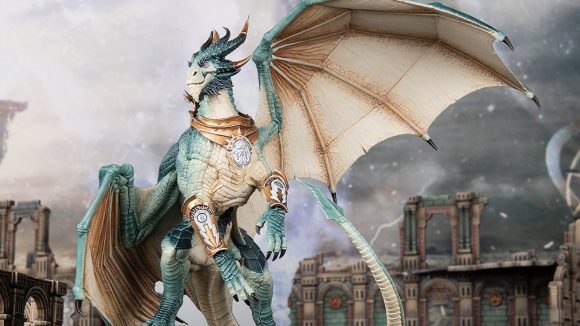 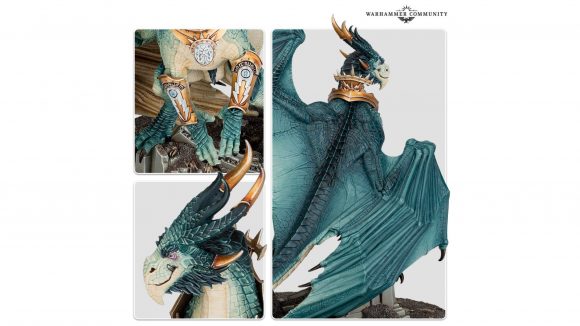 GW announced back in May that Age of Sigmar 3rd Edition was on the way, and launched the new game on July 3 with the release of its plush celebratory Dominion box set.

We’ve since seen several more models revealed for both the reinforced Stormcast Eternals and the brand new Kruleboyz Orruks faction – the new edition’s pre-eminent ‘goodies’ and ‘baddies’ among Age of Sigmar armies  – though none of these new kits have pre-order or release dates as yet.

Also new in the land of Games Workshop wargames: Warhammer 40k: Kill Team 2nd Edition is coming in August, with its own launch box – you’ll find everything you need to know in our guide to the Kill Team: Octarius box set.