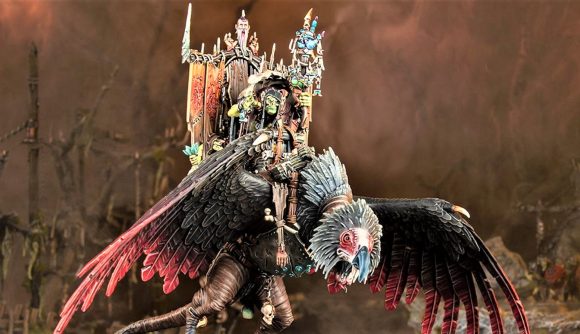 Apparently not satisfied with the savage, sizeable Killaboss on Great Gnashtoof character that came packaged in the Age of Sigmar Dominion box set, Games Workshop has unveiled a colossal new centrepiece character model for the Kruleboyz Orruks: Gobsprakk, the Mouth of Mork – and his gigantic, feathered mount, Killabeak (a Corpse-rippa Vulcha).

Revealed in a Warhammer Community article on Monday, Gobsprakk is a powerful Swampcalla Shaman, whose main claim to fame is the mysterious ability to speak all languages – including Drogrukh, the ancient dead language spoken by the recently-returned god of earthquakes and destruction, Kragnos. It’s this skill of chatting with literally anyone, including the biggest, angriest centaur in town, that’s earned him the moniker ‘Mouth of Mork’, and made him, says GW, “possibly the most powerful Kruleboyz orruk in the Mortal Realms”.

Well, that and the fact that he’s reportedly an extremely potent spellcaster, who previously bested a Lord of Change in battle, and kept its hand as a trophy, in defiance of the physical rules of the Mortal Realms. It’s all, well, gloriously metal. You can see the spectacular model in motion in GW’s trailer below.

Naturally, we don’t know any of Gobsprakk’s stats, or any detail about his battlefield abilities, yet – but GW’s announcement did reveal one ability, and hint at one of his spells. 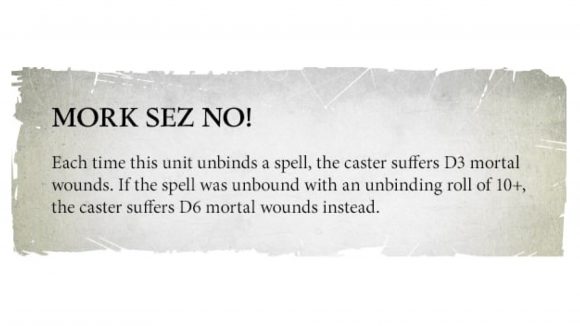 Mork Sez No looks to be an absolutely deadly anti-wizard shut-down ability, letting Gobsprakk drop a heavy mortal wound bomb on enemy spellcasters each time he successfully unbinds a spell.

And the article describes one of Gobsprakk’s spells as having him “summon swarms of minuscule tapewyrm squigs in the guts of his opponents, disrupting their spellcasting and sometimes even causing them to explode in an eruption of Waaagh! Energy”. Horrific. And also splendid. 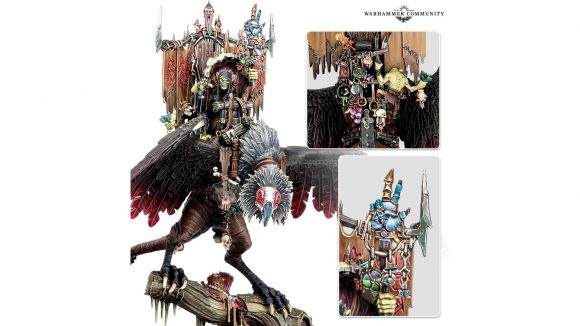 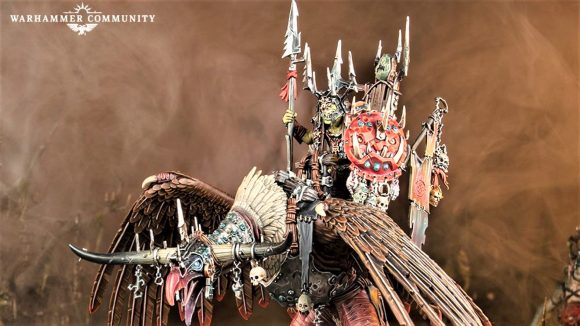 The kit will come with alternate parts to be built as a Killaboss on Corpse-rippa Vulcha, too, an option that looks, if anything, more badass, with this variant on the winged mount sporting a suitably ridiculous long-horned helmet. Imagine that thing swooping down at you mid-battle. Yikes.

We’ve obviously not had a sniff of any in-game stats yet, but, based on what we’ve seen in Monday’s reveal article, it’s a fair bet this will be one of the higher-end, high power melee commander choices for the Kruleboyz. We can’t wait to see more detail. 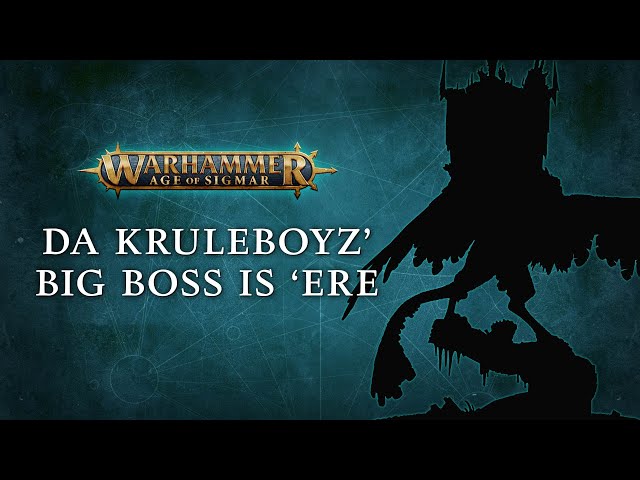 The arrival of Gobsprakk (and Killabeak, of course) comes after a whole range of upcoming new models were revealed for the Kruleboyz in a preview livestream on July 3 – including several other new large monsters, such as Swampboss Skumdrekk on Sludgeraker Beast, and the Marshcrawla Sloggoth.

Standalone kits for the Gutrippaz and Man-skewer Boltboyz were also shown off – but, as yet, none of these new kits have release dates yet.

Missed the boat on all Age of Sigmar’s new green and gold goodies? Check out our Dominion box review for the lowdown – or catch up on the basics with our comprehensive Age of Sigmar armies guide.