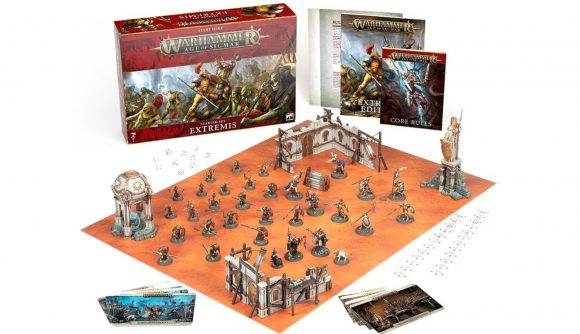 Warhammer Age of Sigmar is getting three new, tiered starter sets, featuring models from its hefty third edition launch box, Dominion, Games Workshop announced yesterday. As with the previous crop of Age of Sigmar starter sets – and their Warhammer 40k siblings – the three tiered options will each include progressively more models, at ascending price points.

Populated with slimmed down versions of the Stormcast Eternals and Kruleboyz Orruks forces from the Dominion box, the new sets will be titled Warrior (with 18 models); Harbinger (with 32 models); and Extremis (which has the same models, plus five pieces of plastic Age of Sigmar terrain). All the sets include a softback core rulebook, warscroll cards for the units included, plastic range rulers, dice, a paper playmat, and the traditional reversible box that becomes a terrain piece.

Prices are, as yet, unknown – but the contents of the Warrior and Harbinger sets look directly comparable to their second-edition predecessors Storm Strike ($40 / 25) and Tempest of Souls ($80 / £50), so it seems likely they will be priced similarly.

Extremis, however, looks to be much slimmer than the previous top-tier starter set, Soul Wars (which, at $160 / £95, contained a whopping 52 miniatures and a hardback rulebook) so we can expect it to be markedly lower-priced.

We don’t yet have a release date for the new wave of starter sets, either – but, since Dominion (somewhat surprisingly) is still in stock and on sale, we can expect to wait at least until that monster launch box has sold out, before we see the Warrior, Harbinger, and Extremis starter sets hit shelves.

For those after a more specific breakdown, here are the models you’ll get in the new Age of Sigmar starter sets: 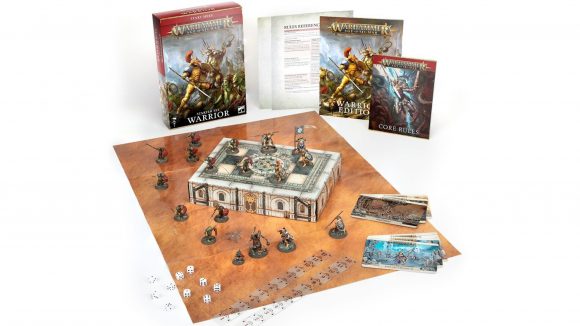 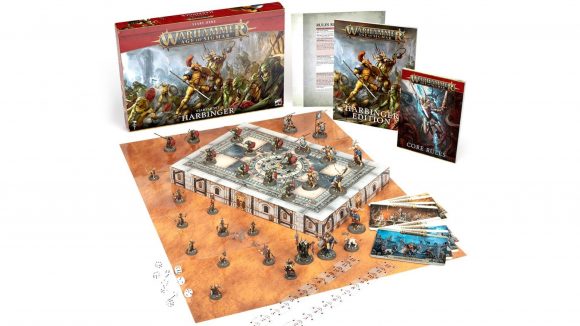 If you swing for the Harbinger option, you’ll get a few more troops, and swap out your hero characters for stronger versions: 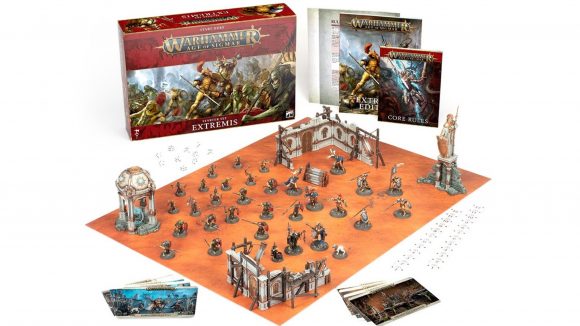 And, if you get the Extremis box, you’ll have those same 32 models, and an upgraded card game board, as well as these scenery pieces:

We’ll be updating our handy guide to Warhammer Age of Sigmar starter sets, just as soon as we get more details on how much these boxes cost, and when they’ll be available.

First revealed in a Warhammer Community article on Monday, the starter sets will be accompanied by three updated hobby kits: two versions of a basic painting kit, including six paints and one brush (your choice of two Stormcast Vindictors, or three Kruleboyz Gutrippaz to paint) – and a larger Paint + Tools set, with 13 paints, a brush, clippers, and a mould line remover. 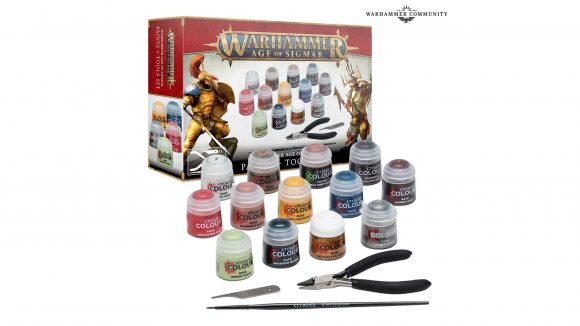 After announcing Warhammer Age of Sigmar third edition back in May, GW launched the game in June with the limited edition Dominion box, including a new range of models for its leading Stormcast Eternals army, as well as a completely new Destruction army, the Kruleboyz Orruks.

Alongside the arrival of the new edition, Age of Sigmar has also seen the roll-out of another new army, the Soulblight Gravelords. An alliance of vampire aristocrats, shambling skeletons, zombies and undead beasts, this lot started coming out in March, just as GW was preparing to release the ill-fated adventure miniatures game Warhammer Quest: Cursed City.