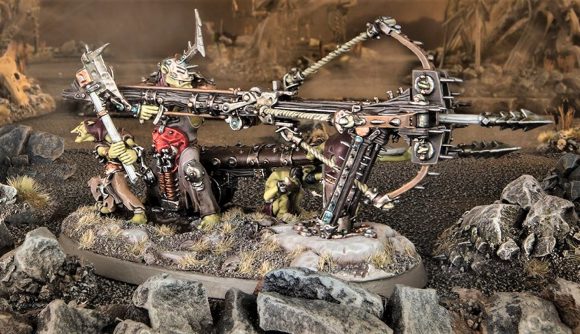 The Beast-skewer Killbow, a soon-to-be-released new ranged unit for Age of Sigmar’s Kruleboyz army, can deal up to 12 damage in a single shot, Games Workshop revealed in a Warhammer Community article on Thursday, which showed off warscroll cards for the Killbow and the Breaka-boss on Mirebrute Troggoth. Both models go to pre-order this Saturday, September 11, alongside the Orruk Warclans battletome.

The Killbow’s 12 damage ceiling is enough to kill many of Warhammer Age of Sigmar’s biggest, toughest characters and monsters in one hit – including Yndrasta, the Celestial Spear, an extremely powerful melee and support character for the Stormcast Eternals. Introduced in the recent Dominion box set, she has since become a staple of many competitive Stormcast army lists, so having an “answer” for Yndrasta is a strategic case in point right now.

While the Killbow has higher potential damage per hit than almost any other unit in the game, it’s balanced out by a large chance element. As per the warscroll card shown below, it deals a guaranteed damage of two, then rolls a pool of dice equal to its target’s maximum Wounds, for a chance to deal up to ten additional damage – one for each five and six you roll.

Since Yndrasta has eight wounds, on average you’ll roll three fives or sixes, meaning five damage (already a savage blow) – but, if you roll six five-ups (a 2% chance, mind you) then that big Orruk ballista spike will take her out in one fell swoop. 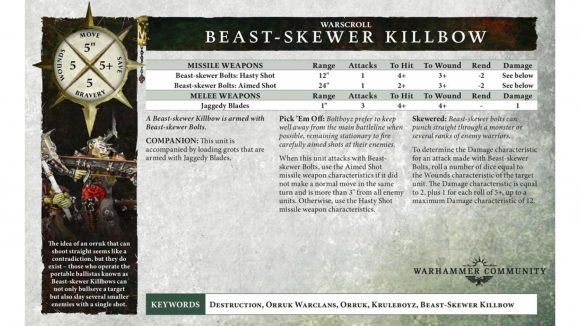 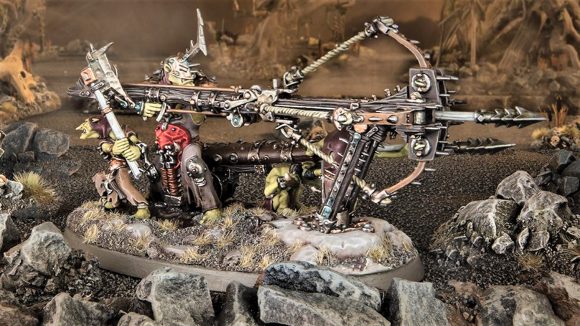 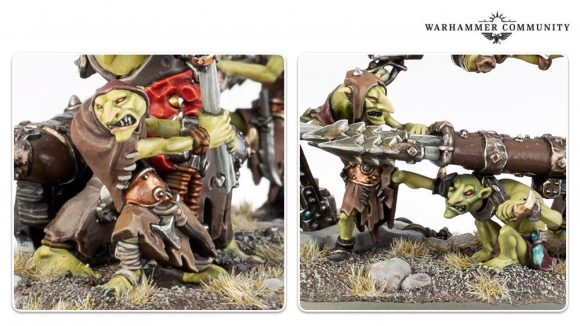 It’s a really interesting (and extremely swingy) damage mechanic to give to this unit, which, at first glance, feels thematically appropriate to the deadly, poisoned bolt-throwers we saw murdering Stormcast Eternals in the Age of Sigmar 3rd Edition launch cinematic. We can’t wait to see how these play out on the tabletop. 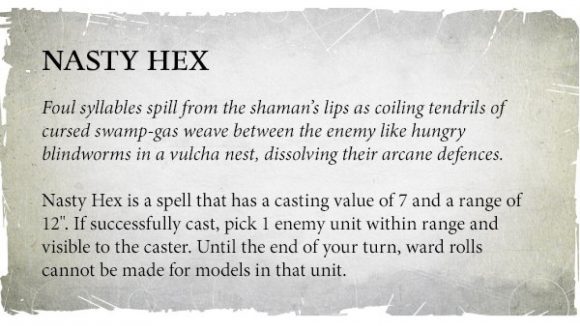 Thursday’s article also added a new, as yet unseen Kruleboyz spell which could make the Killbow even more terrifying; Nasty Hex can switch off enemy Ward saves at a range of 12”, making their puny, material armour save vulnerable to the Killbow’s -2 Rend value. This combination smells lethal to us. 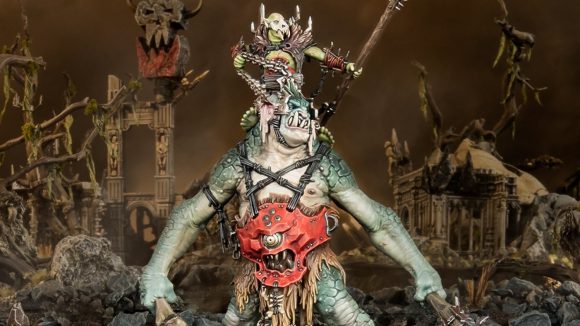 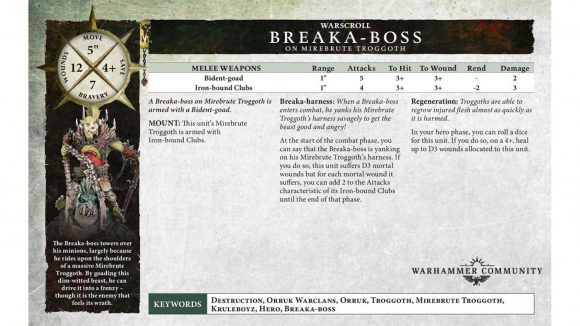 Alongside the Killbow, we saw the stats and warscroll card for the lumbering Breaka-boss on Mirebrute Troggoth, which appears an altogether simpler beast; each turn, you can pull on its harness, making it deal itself d3 damage, in exchange for an extra two attacks with its hefty clubs (for a total of six).

Then, in each Hero Phase, you get a 50% chance to heal those d3 wounds back up. This guy is going to be really good at smashing stuff up. 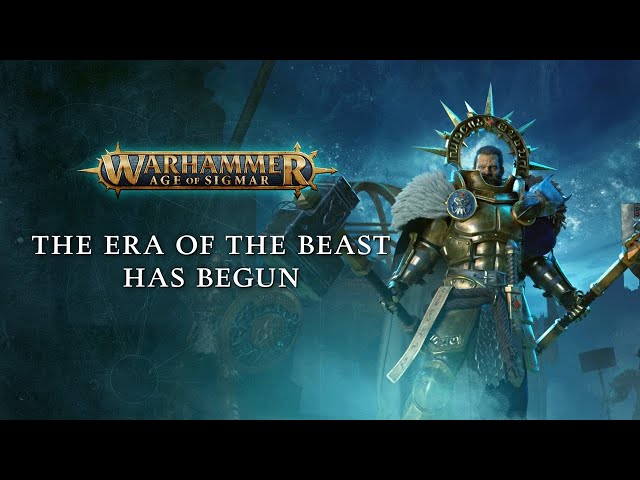 Both models are going to pre-order this Saturday, September 11, along with the new Stormcast Eternals and Orruk Warclans battletomes, plus the Stormcast’s new additions: the Stormstrike Chariot and Knight-Judicator.

Need a refresher on the God-King’s gold-clad demigods? Check out our Age of Sigmar Stormcast Eternals army guide. Alternatively, cast your net wider with our full guide to all the Age of Sigmar armies.