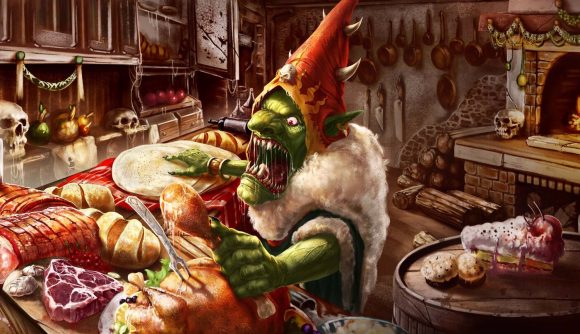 For $1 / £0.72, you can pick up the PDF version of the Warhammer Fantasy Roleplay starter set. The collection contains all the basics needed to start playing: six pre-generated characters, a 48-page adventure designed to teach you how to play the game as you progress through the troubled fortress-town of Ubersreik, a GM’s guide to the city, as well as handouts and rules reference sheets.

Alongside that comes the digital version of Ubersreik Adventures: If Looks Could Kill, a collection of short standalone adventures, and the Buildings of the Reikland sourcebook, which contains GM resources for using several locations of The Empire in your campaigns.

Go up a tier to $10 / £7.27 and you’ll also nab a PDF copy of the Fourth Edition Core Rulebook, a GM screen (which also includes guides about running compelling campaigns suited to the Warhammer Fantasy setting), and a bunch of other adventure and setting books. Among them is Old World Adventures, an investigative adventure that will take your party through the appropriately spooky mining town of Kupfertal.

For $18 / £13.08, you can get a total of 24 digital books. Of them, Rough Nights & Hard Days is a collection of five scenarios that can either be played as one-shot adventures or strung together into a complete campaign, and Enemy in Shadows is the first part of the recently-completed Enemy Within campaign series. 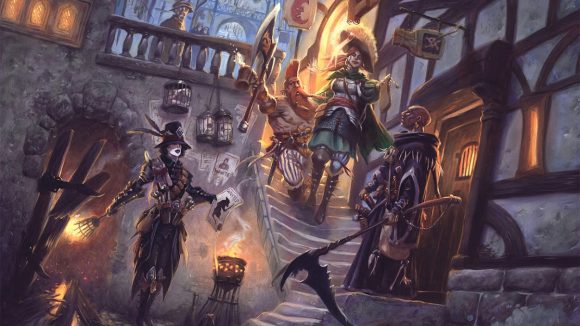 Finally, boost your purchase to $30 / £21.81 to get everything mentioned above plus a heap of Warhammer Fantasy Roleplay second edition books. Among them is the Second Edition Core Rulebook, Old World Bestiary, Game Master’s Pack (something of a GM’s guide), and heaps of adventures and setting books.

Every tier also comes with a 20% discount coupon for the Cubicle 7 store.

The Warhammer Fantasy Roleplay Humble Bundle will be live until November 11. As with other Humble Bundles a portion of the proceeds will be donated to charity. In this case, that’s Wateraid, a non-profit organisation that works to improve access to safe water, sanitation, and hygiene globally.

That’s not all that’s happening in Warhammer Fantasy Roleplay land. Only a few days ago, Cubicle 7 released Feast for Blood, a horror-filled adventure to coincide with Halloween.

If you’re already set with your grimdark fun, read our pick of the best tabletop RPGs to dive into next.