Few tabletop RPG campaigns match the fame and acclaim of The Enemy Within. A five-part adventure series for Warhammer Fantasy Roleplay – the RPG adaptation of Games Workshop’s classic miniatures wargame – it’s something of a cult classic. A storied campaign that’s carved out a celebrated reputation among players and writers across the roleplaying industry at large.

First published in the mid-‘80s, it quickly cemented itself as a classic of the grimdark fantasy genre. At a time when roleplaying adventures were often little more than dungeon-crawling monster bashes, The Enemy Within put forward an intricate narrative of political intrigue, interlinking plots, and player choice. Across its hefty length, players would be taken through the bleak landscape of the Empire as they became embroiled in sinister schemes from within and without.

And now it’s back. Rebooted and rewritten into a director’s cut for Warhammer Fantasy Roleplay’s fourth edition by publisher Cubicle 7, each of its five parts has been updated – mechanically, narratively, and visually – for a new generation of roleplayers. Each adventure book is now accompanied by a separate compendium that offers even more material for GM’s to wield, should they want to flesh out their players’ journey further. It’s a campaign, according to its creators, that continues to have as much appeal today as it had 35 years ago.

“For a lot of people, The Enemy Within showed them what a roleplaying game could be,” Pádraig Murphy, WFRP’s producer, tells Wargamer. “A big campaign could be something that was in-depth. Something where you talked, negotiated, and investigated just as much as you pulled a sword out and started hacking. Even though the setting ostensibly would lend itself towards being a straightforward sword and sorcery kind of thing, The Enemy Within is anything but that. 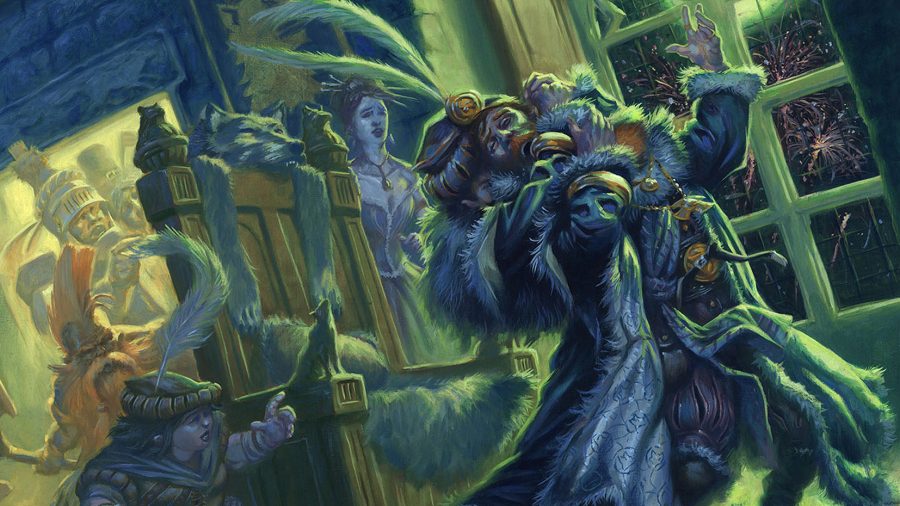 “It shows that you can have this deep, interesting adventure with compelling characters, great moments, and humour, as well as grim stuff. And I don’t think that gets old, it’s just as appealing now.”

For a lot of people, The Enemy Within showed them what a roleplaying game could be

This latest version The Enemy Within retains more of the original’s content than it alters. Its primary plot beats remain largely unchanged, bringing you face to face with the forces of Chaos, the underbelly of the Empire, and the pit of treachery that makes up its ruling aristocracy. All the while, the campaign gradually accelerates in scope, as nascent adventurers turn into political sleuths and, possibly, imperial heroes by its end.

But the revisions are still plenty, and, according to its writers, were somewhat necessary for the campaign to fit a contemporary roleplaying audience. Besides a visual overhaul, NPCs, minor plot points, and narrative threads have all been adjusted to better support the main thrust of the campaign and keep players moving forward. 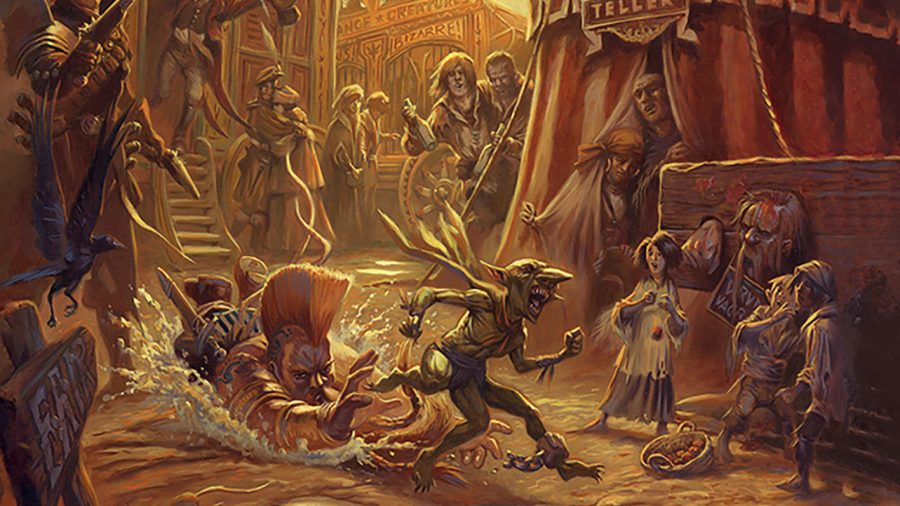 “With the companions, we were really looking to expand those sections of the plot that could do with a certain amount of expansion, with an eye looking back to see where people go off the rails a little bit,” Murphy says. “The Power Behind the Throne [the third adventure in the campaign] was reorganised to make it a little bit clearer to the GM what information they needed upfront. So the running order was changed a little bit, and certain bits of information were tied together more closely.

Similarly, more tools are provided for the GM to smoothly shunt their party in the direction of the main plot. If players wander a little too far from the track, a selection of handy narrative signposts will organically steer them back to the path. “A lot of the feedback that exists about The Enemy Within doesn’t say the mechanics for combat are bad, or something like that,” says Murphy. “It’s generally that certain narrative beats can be missed, players need a little bit of help getting to them, or some things don’t land the way you think they should. A lot of what we did was to try to fix that.”

Tabletop trophies: These are the best tabletop RPGs to play

Alongside the additional GM material, Cubicle 7 has made bigger narrative changes, too – most obviously the entire replacement and redirection of the campaign’s fourth adventure, Something Rotten in Kislev. Rather than sending players to cavort in another realm of The Old World, this latest edition of The Enemy Within scrapped Kislev entirely, having players remain within the borders of the Empire to deal with the scurrying forces of the Skaven instead.

“Something rotten in Kislev was always regarded as a bit of a change in tone and theme to the first three parts of The Enemy Within campaign,” Dave Allen, developer on WFRP, says. “We wanted to do something that felt more evolved from the first three books and deal with some of the questions that were raised but not answered in them.” 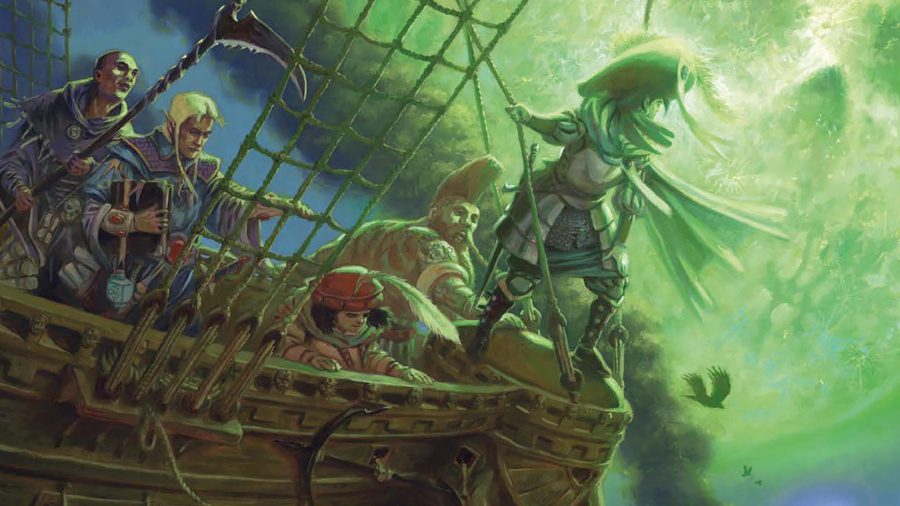 The result is The Horned Rat, the largest batch of original material that was made for Cubicle 7’s reboot. It fixes one of the more aggravating aspects of the original campaign to better focus its narrative on familiar characters and locations that players will come to know in the previous adventures. It’s new for the reboot, but was one of the ideas that had been kicked around during the campaign’s original development in the ‘80s.

“It had been proposed, but none of the details had really been worked out,” Allen says. “The end goal and antagonists were going to be the same, more or less, but I believe they wanted Ken Rolston to come on and write something because they felt that an American writer would help break them in America a bit more. And that had been part of the reason why Something Rotten in Kislev had been developed instead of The Horned Rat, originally.”

That emphasis on maintaining the ‘spirit’ of the original campaign, even if not replicating it entirely, was vital in the creation of this latest edition. While mechanically it’s very similar to the original – Allen says it’s “unapologetically trad in its mechanics” and Murphy describes it as crunchier than most contemporary tabletop RPGs – the focus was shifted to certain elements of the game that were overlooked or ignored back in the ‘80s. 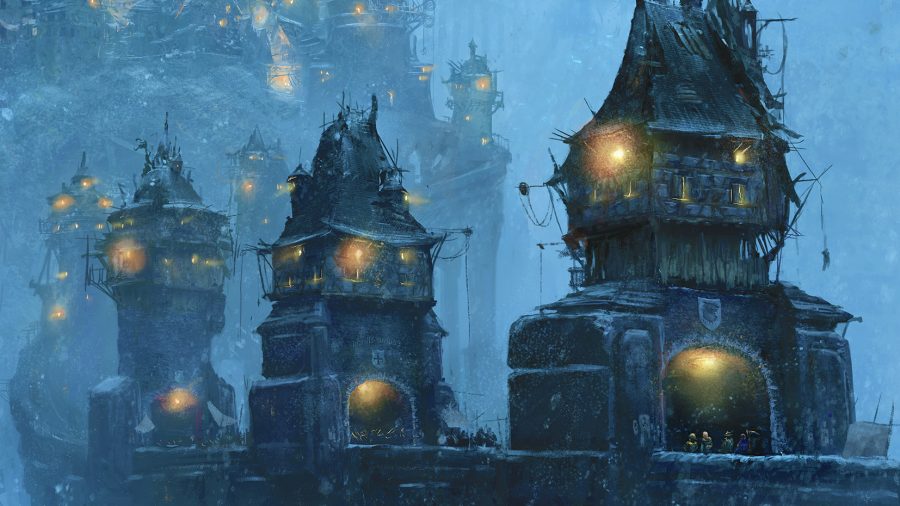 “I’m quite fond of Katarina Todbringer, who’s someone that comes up in Power Behind the Throne [the third adventure],” Murphy says. Her role and her agency were expanded quite a bit from how she was presented originally. And it doesn’t mean that she was presented badly in the original, but I think with the passage of 30 years you can look back and want to know more about what Katarina thinks about things and how she would grow a little bit in the future of the campaign.”

“I think the original interesting characters in The Enemy Within did tend all to be rather male and Sigmarite, and we’ve tried to try to fully flesh out some alternatives,” Allen adds. “Katarina, Brunhilde Klaglich, and Nastassia were three female characters that were there and interesting in the original, but were probably brushed over a bit in comparison to Boris, Dieter, and so on. Now, I think we’ve given them as much screen time.”

Elsewhere, the reboot allowed Cubicle 7 to update the campaign to align with the current lore of the Warhammer Fantasy world. Although now replaced by Age of Sigmar, Warhammer Fantasy Battle didn’t remain static in the decades that followed The Enemy Within’s release. With The Old World reboot on the way, there was the opportunity to reflect its updated elements.

That included the costuming and paraphernalia of the Empire, the idiosyncratic characteristics of the goblin factions that were largely homogenised 35 years ago, as well as the wider lessons that Games Workshop has taken to better define the Warhammer Fantasy world, while bringing it to a wider audience. It’s still that grimdark fantasy world that it’s always been, but includes more Warhammer flair to feel at home among the wider lore. 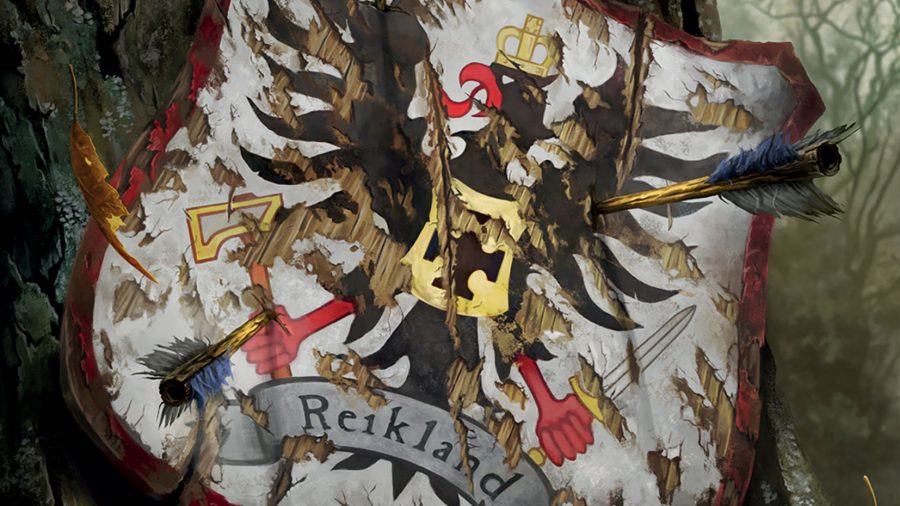 But for all its changes, this version of The Enemy Within is more of preservation than an amendment. That’s partly because Graeme Davis, creative director and one of the writers of the original campaign, was brought on board as a designer and writer early in the project.

The Enemy Within has been subjected to 35 years of playtesting

“I think it was necessary,” Allen says about inviting Davis to contribute. “To check that we had the right ideas, the right tone, that we understood the philosophy that had been applied to it back in the day, and seeing which parts of it we could bring forward. Most of the content was generated by him, as well.”

Identifying such changes wasn’t much of an obstacle. Discussed and played since its release, The Enemy Within has been practically subjected to 35 years of playtesting. With the WFRP community keeping it very much alive, and new players discovering its adventures for the first time, different perspectives, comments and, in some cases, critiques of the aspects in need of improvement have been more than forthcoming over the years. 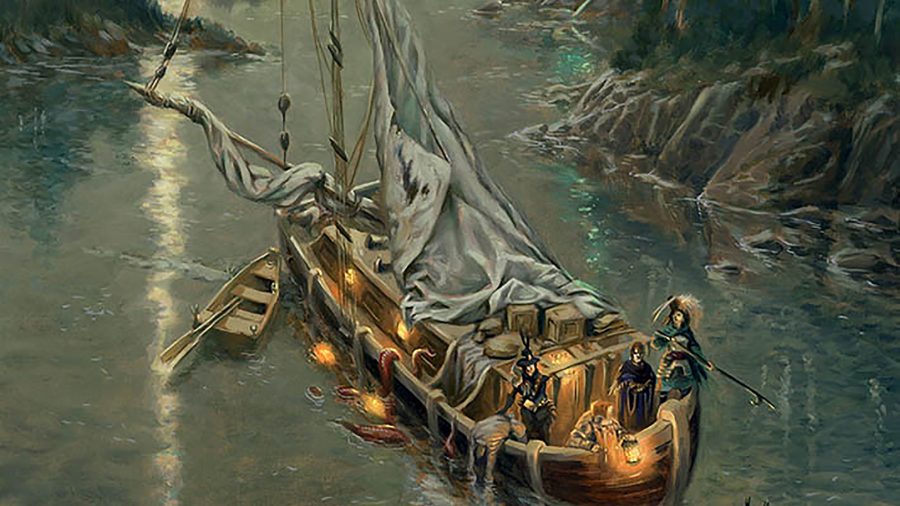 “A lot of the community feedback is frustration with things that we only have so much time and space in the book [to tweak],” Allen says. “Making everything not linear, for example, we really try – we really do – but it’s not always possible in the confines of a book. We’ve tried to expand where we felt things have been too linear in the adventure book; we’ve tried to expand on it in the companion, and suggest alternatives and options.”

Perfect picks: These are the best board games to play in 2021

Other community comments concerned ropey links between a few adventures, anticlimactic endings to subplots and character arcs, and Empire in Flames’ [the fifth and final adventure] tendency to revert to typical dungeon crawls in places, rather than the diplomatic intrigue that sets it apart. Murphy says the key to resolving these criticisms wasn’t to treat them as problems that needed to be changed in a box-ticking exercise, but to consider how they could be tied to the wider narrative branches for a more fulfilling end. 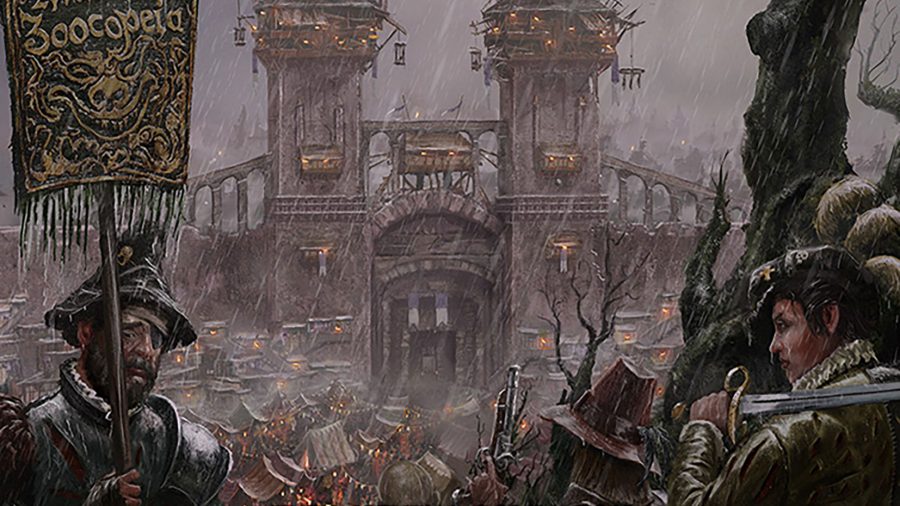 With the tabletop roleplaying industry booming, and The Enemy Within’s source material making a resurgence, will the campaign stick around for another 35 years? It might well do.

“In other roleplaying games, people will often say they’ve written an adventure that has no combat. That’s almost kind of novel, or feels like people are saying it’s unusual. But it doesn’t have to be.

“There will be loads of sessions in The Enemy Within where you don’t draw a sword. You need to talk to people, investigate them, and figure things out. You realise that the things that are important to you as a character, and eventually as a player as well, are being threatened by stuff you can’t bash away with a hammer or you can’t stab out of your way. And I think that’s timeless.”