Warhammer Plus is pretty remarkable. To think that a Nottingham toy manufacturer could develop its very own premium streaming service and release a slate of in-house productions to a global audience is wild. There’s no better example of Games Workshop’s domination of the tabletop hobby, or its well-placed assumption that dedicated fans will leap upon any Warhammer-shaped content that’s plonked at their feet.

But Warhammer Plus is also remarkable for its reception. Over the eight weeks since its launch, criticism hasn’t exactly been hard to come by. Many were disappointed by its threadbare launch, and thought Games Workshop had again relied too firmly on the loyalty of its fans to ship a half-baked product. Our editor was more optimistic, opining that while its release was underwhelming, its future is bright with possibility. Stick with it, he reckoned, and Warhammer Plus might just see you right.

But what about now, in these early post-launch days; can we say that Warhammer Plus is worth the $5.99 / £4.99 you’ll have to dish out each month? I want to say yes, but Games Workshop isn’t making it easy for me.

Look past the subscription fluff (the free discount voucher, the free miniature, and the promise of future VIP access to Warhammer events and discounts), and you find the biggest attraction here: animated Warhammer shows. Not even fan-made creations that skirt around sticky copyright claims, but official shows with high production value and the added clout of the Warhammer logo plastered across them. 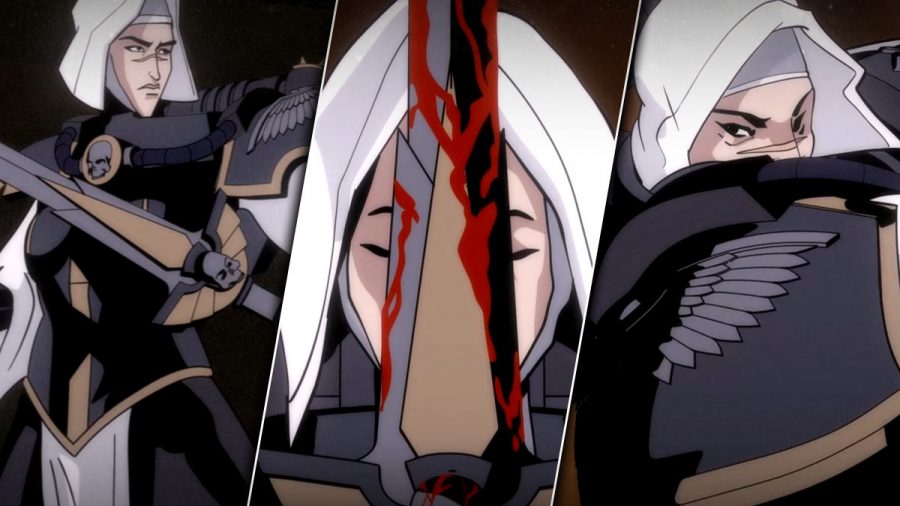 For the most part, these have been exactly what you’d expect, and the two animated series currently on the platform don’t stretch too far outside the well-trodden ground of Warhammer adaptations. Angels of Death is an abundance of exaggerated violence and Space Marine pin-up shots, replete with faux-aristocratic dialogue that takes every opportunity to remind you of things like gene-seed, auspexes, and the Emperor’s holy will. Hammer and Bolter, meanwhile, is an anthology series that jumps around the locations of Warhammer 40k and Age of Sigmar episode to episode.

For a Warhammer fan, but by no means enthusiast, like me, they’re enjoyable. Watching a heavy bolter tear apart a swarm of Genestealers, or having a peek inside the stifling zealotry of the Imperium, makes for good popcorn TV. The appeal of the shows, no doubt, comes from watching your favourite Warhammer miniatures – the ones you’ve played on the tabletop, read about in Black Library novels, and consumed through hours of lore explainers – knock each other about on the small screen. I can dig that.

What I can’t dig, though, is how little is available. With only five episodes of each show currently live, you could watch the entirety of Warhammer Plus’s animated content in only a few hours. More content drops on the platform every Wednesday, but new episodes of the animations aren’t guaranteed to be included. Angels of Death has already – and quite unexpectedly – stopped for a mid-series break, leaving the whole stock of Warhammer animations looking rather meagre. 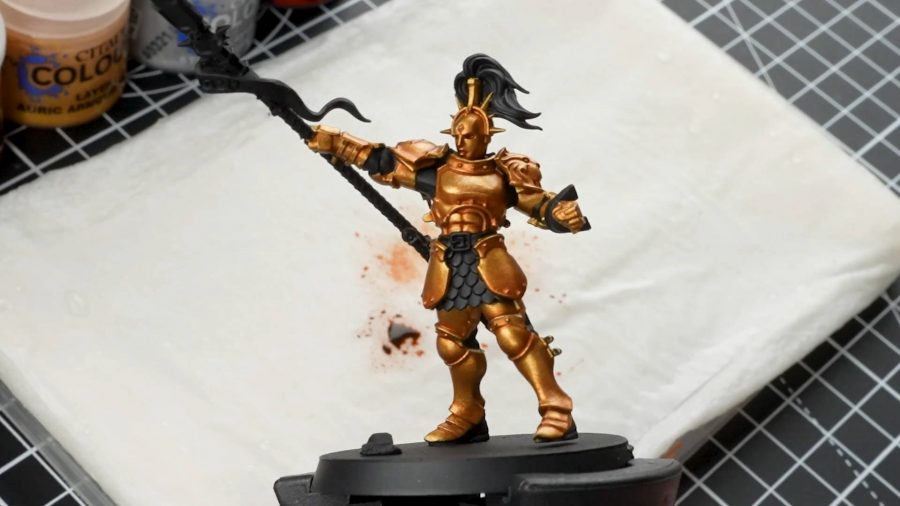 In its place, the inaugural episode of Deep Strike was released. A commentary series in which three presenters sit around a table chatting about other Warhammer Plus shows, the whole thing came across as a little misjudged. The scene by scene analysis of Angels of Death was (for a casual Warhammer fan like me) a little too serious a level of analysis for an animated show that’s ultimately about big men, carrying big guns, and shooting things in the face.

Moreover, the idea of analysing a show that hasn’t even finished airing rubs me the wrong way. Deep Strike feels like it was produced to convince me why I should be enjoying Warhammer Plus, rather than providing more content through which I actually could enjoy it.

That’s not to write the service off entirely, of course. Even if, like me, you’re mainly drawn to Warhammer Plus for its original animations, its other shows are worth checking out. Citadel Colour Masterclass is certainly the cream of the crop. Practical, easy-to-follow, and well-produced painting tutorials that cover minor techniques as well as staples of miniature painting, it’s one of the only shows on the platform that I can see myself returning to time and again.

The miniatures are gorgeous, and the production value alone sets it apart from the many YouTube painting channels. Even if you’re not following along or watching to glean ideas, it’s a weirdly relaxing show, despite its hilariously repetitious rock soundtrack. 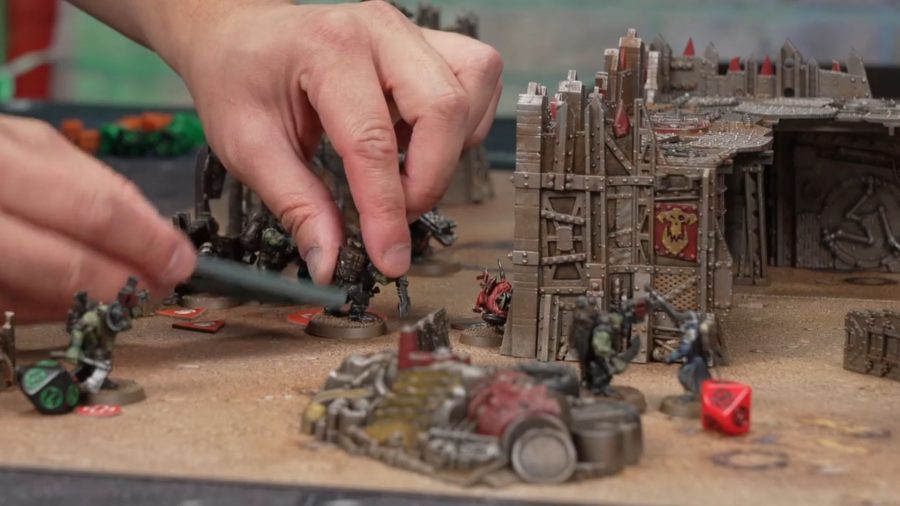 For those of a competitive bent, Battle Report ticks virtually all the boxes, but it’s a shame that its camera work is so stilted. As it switches between the players, the rolling dice, and a distant, bird’s-eye shot of the tabletop, I wanted more views of the lovely minis and a table-level battlefield view.

Citadel Colour Masterclass is certainly the cream of the crop

There’s definitely a certain novelty to be had in watching an official GW battle report in your living room, on your TV, at this production value. But, while GW might have embraced a format popularised by online content creators, it hasn’t yet added enough flair to convince me why I should be watching its battle reports rather than anyone else’s.

Loremasters paints a similar picture. A series of explainers focusing on the most important characters of Age of Sigmar and 40k lore, it seems like a natural point for Games Workshops to lean into its monopoly on the topic. But so far, the series – which consists of a narrator reciting a script to camera, while various artworks scroll across the screen – hasn’t quite reeled me in. It’s slick and concise; there’s no fluff or gabbling, but you’d hardly be missing much by getting your lore dumps from your favourite YouTuber instead. 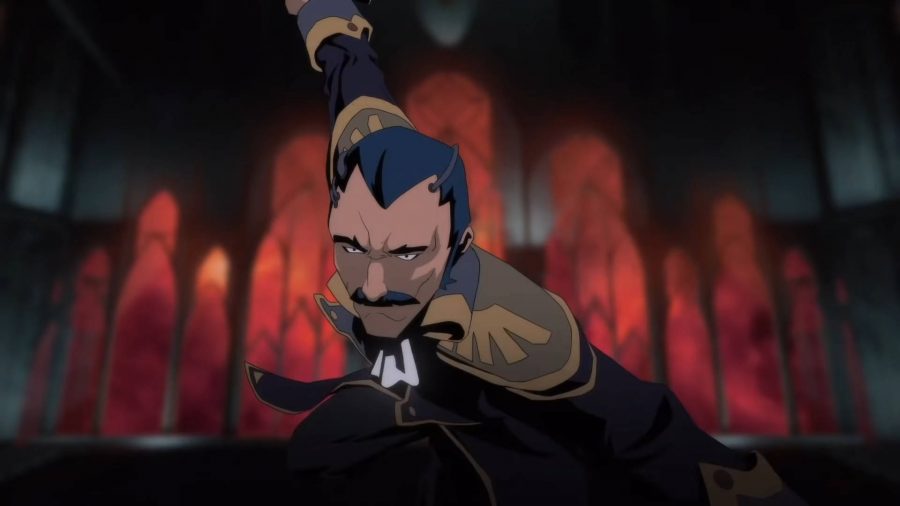 And that’s the crux of the issue. It’s difficult to say exactly what you’re getting from Warhammer Plus, or, to put it another way, what you’d be missing if you didn’t subscribe. You’d hardly be forgoing some essential cultural moment by not watching the latest Hammer and Bolter episode, so why not subscribe in a year’s time when more animated content has been uploaded to the platform?

The painting tutorials are great, but the reams of existing YouTube content will see you through alright. And you might be tempted by access to the Warhammer Vault of past White Dwarf issues, but that’s still filling up, for now.

Is Warhammer Plus worth it? If you’re desperate to keep up with the Warhammer zeitgeist, it’s not a bad bet. But, between the slow drip-feed of animated shows, and the free alternatives available on the internet, casual Warhammer fans are best to wait a while before dipping into this one.