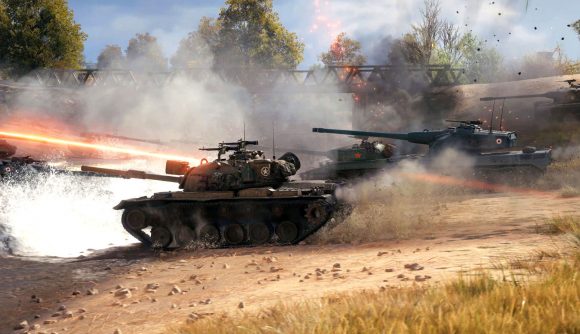 If the idea of driving historically accurate tanks in explosive skirmishes, while obliterating enemy armour in team-based warfare speaks to the inner general within you, World of Tanks developer Wargaming has a new offer that might appeal. Sign up for the free-to-play tank battler using this promo link and receive a free bundle of goodies to kickstart your skirmishing.

Signing up for an account is free, and will instantly hand you a bunch of rewards to overpower your opponents. Among these is the American M22 Locust. A Tier 3 premium light tank, this nippy piece of kit is small, fast, and boasts a higher shell penetration than similar tanks at its tier, so you can make quick work of any enemy that sidles up to you. An effective beginner tank that’s easy to pick up and play, you’ll soon be a menace on the battlefield.

If you’re playing from a country in the Commonwealth of Independent States, you’ll instead receive the T-127. A Tier 3 premium tank on the Soviet line, it boasts thick hull and turret armour, with sloping frontal plating to glance incoming shots. This beast should keep you nice and safe as you roam the battlefield.

Everyone who signs up will also receive 600 gold, World of Tanks’ premium in-game currency used to purchase special consumables, premium tanks, camouflages, ammo, and garage slots, so you can have even more tanks ready and waiting to roll out. 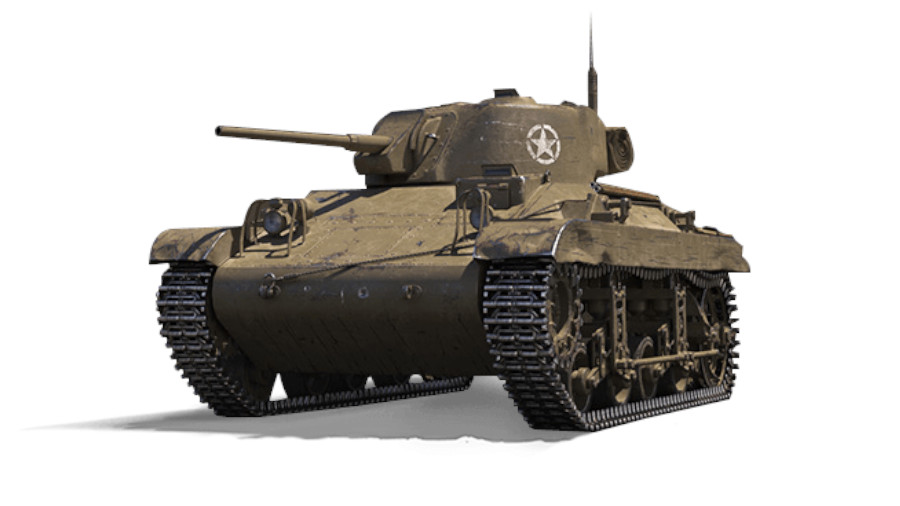 Pretty nifty. Only new players can take advantage of the offer, which will be live until December 31. Have a read of the World of Tanks website to get a feel for the popular free-to-play action game.

And when you’re done, follow this link to create a free account. The goodies will automatically appear in your account once you log into the game, letting you turn enemy armour into charred chassis in no time.

If you want to up your game even further, read our guide to the best World of Tanks mods and optimise your tanking with advanced crosshairs, radars, minimaps and more. Or, check out our pick of the best tanks in World of Tanks to know which vehicle you should get next.