World of Tanks developer Wargaming has today announced that its leviathan free-to-play multiplayer tank-battling game will finally be coming to Steam later this year, though no firm release date has yet been revealed. The Steam version will include identical content to its existing PC counterpart on Wargaming’s own client, and players of both versions of the game will be able to join the same matches – but you will not be able to transfer your existing World of Tanks account to the Steam client.

The Steam version of the game will match the existing PC version’s content, and will allow you to interact with players using the non-Steam client without limitations, including playing in the same matches, using the Platoon matchmaking system, and joining the same clans. The Steam version will also receive the same regular updates.

However, you will not be able to use your existing World of Tanks account through the Steam client. A new account will automatically be created for you when loading the game through Steam for the first time, providing the starting tanks, crew, and upgrades of a fresh player. That means if you want to continue using your existing World of Tanks account, and the unlockables in your garage, you’ll need to continue playing through the Wargaming portal.

Speaking about World of Tanks’ move to Steam in a press release, Max Chuvalov, the game’s Global Publishing Director, said: “We’ve always wanted to make sure World of Tanks was available to everyone, so it’s a natural step that we welcome the Steam community to our family.

“Soon, Steam users will be able to enjoy the hard-hitting battles only our game provides, and we really hope they enjoy them!” 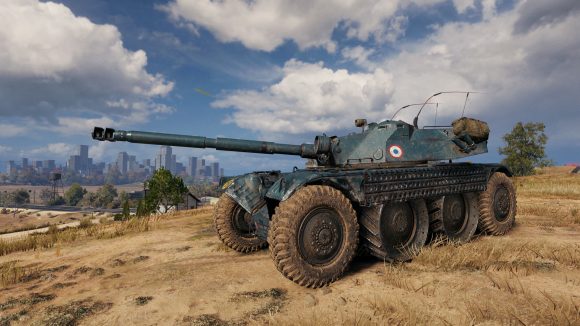 The World of Tanks Steam page is now live. We can expect more details about the game’s migration to Steam in the coming weeks.

Although it launched all the way back in 2010, World of Tanks has never been available on Steam, and instead uses Wargaming’s own PC client to run and update.

If you’re already a keen tanker or interested in delving into the rollicking gunfire of World of Tanks, read our guide about World of Tanks mods, and start optimising your vehicular warfare now.