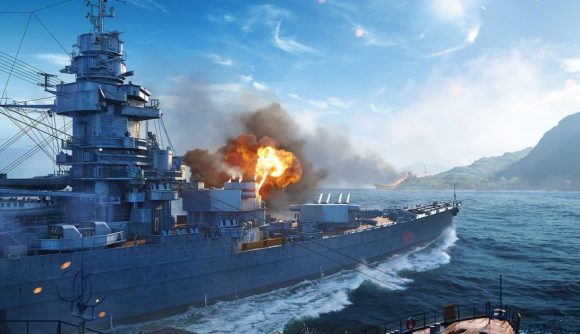 Wargaming has a new offer to any would-be admirals hoping to make a name for themselves on the high seas. If you’ve fancied jumping aboard the free-to-play naval warfare MMO World of Warships, and find the idea of blowing up enemy combatants in historically-reverent ships of the early 20th Century quite enticing, now might be the time to give it a try. Sign up for a World of Warships account using this promo link and earn some tasty free rewards.

Signing up for an account is free and will hand you a nice haul of goodies to kickstart your aquatic domination. Among these is the German dreadnought König Albert. A Tier III battleship packing thick side armour, high hit points, and an excellent top speed, the König Albert’s formidable survivability is well-suited to new players in need of some hand-holding, while its mean firepower will have you sinking ships of a similar calibre with ease.

Even better, the battleship is no longer available to purchase in-game, adding a little exclusivity to your burgeoning naval operations.

You’ll also receive 1000 doubloons, the game’s premium currency that can be used for all manner of purchases: premium ships, new camouflages, and retraining your ships’ Commanders. Your account will also be granted seven days of premium access, giving you more XP and credits with each battle, and enabling you to more quickly move up the ranks and earn additional unlocks. 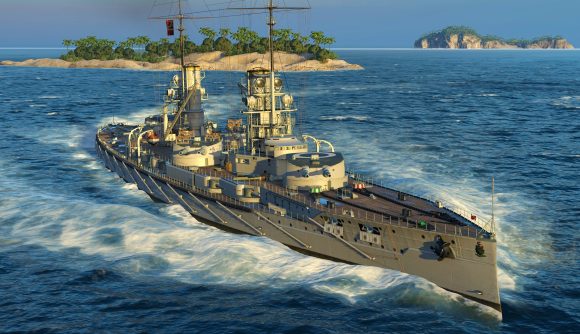 The offer is only available to new players, so anyone already with a World of Warships account will unfortunately be unable to take advantage of the freebies. The offer will be live until December 31.

Follow this link to create a free account and redeem the goods to start your journey into World of Warships. You’ll be sinking enemy cruisers faster than they can drop anchor.

And if you really want an edge over your opponents, read our guide to the best World of Warships mods. Whether its additional crosshairs, to overhauled info panels, to advanced minimaps, and beyond, there’re many straightforward, but powerful, means of optimising your naval warfare.