Zombicide: Dead or Alive, the upcoming western-themed instalment of publisher CMON’s perennially popular cooperative, zombie-slaying miniatures game, rode into Kickstarter yesterday, expanding on last week’s teaser with lots more detail on the game’s content, structure and looks. What’s more, after meeting its initial $150,000 target in 15 minutes, the campaign has since smashed 18 stretch goals to unlock a total of 32 playable characters so far – along with 3D models of their plastic miniatures – for our viewing pleasure.

The game’s Kickstarter page – which has, at time of writing, raised over $750,000 (£547,000) in less than 24 hours – now lists the full contents of the base set. It’ll cost Kickstarter backers $100 (£71.73) and include 14 unique player character miniatures (across four classes) along with 73 zombie minis (in four disgusting enemy types, across 10 unique sculpts) and a mound of maps, tokens and assorted widgetry. CMON says the game’s backers should get their copies in March 2022.

Just like its many predecessors, Undead or Alive sees one to six players fight for their lives against waves of progressively bigger and uglier undead nasties, on a series of modular maps.

This edition’s wild west theme manifests itself in a joyfully exaggerated cartoon aesthetic, and a saddleful of cowboy-flavoured gameplay additions – including rules for shooting from frontier buildings’ raised balconies, playable dynamite, an old-fashioned crank-handle gatling gun, and a big ol’ train that – in the publisher’s words – “barrel[s] through the board”. 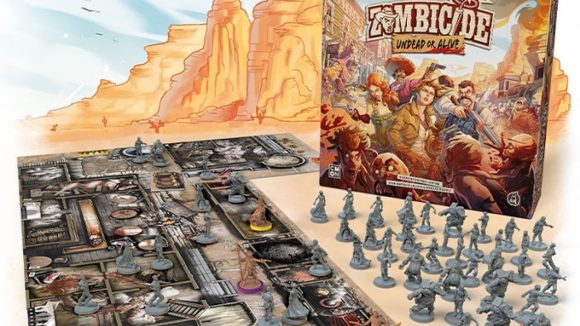 The base game’s included Survivor characters are split into four classes: there are ranged damage-dealing Gunslingers, like the sombrero-clad Pablito; melee-focused tanky Brawlers like miner Henry (clutching a mean-looking pickaxe); Townsfolk characters with support and looting abilities; and the less-numerous Faithful, who exercise pious crowd control upon the unholy foe (but still carry guns, naturally).

Undead or Alive’s rapid funding frenzy has already unlocked an extra 18 Survivors, exclusive to Kickstarter backers, in addition to the base game’s 14. These include renditions of classic Western characters like Billy the Kid, Butch Cassidy, Sheriff Earp and Doc Holliday. CMON says it’ll also be revealing another new Survivor daily at high noon EST (5pm GMT) every day the campaign continues. 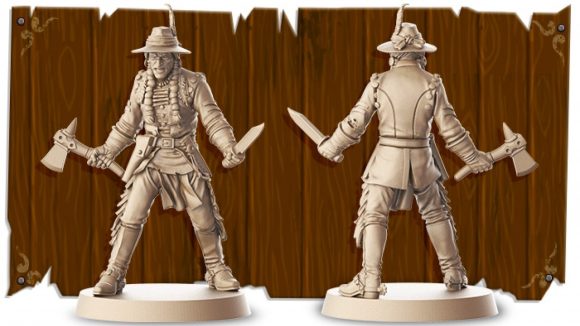 Interestingly, CMON also says it has brought in a “Native American history and cultural consultant” to guide its representation of Native American characters, and has also decided not to portray them as zombies in the game.

The final total of playable characters and minis in this western-themed game is, of course, not yet known, but Wargamer’s research team predicts in excess of 80,000.

Fancy some more board-based beauties filling up your bookshelves (and your heart?) Check out our guide to the best board games for adults.