There’s no better occasion to play board games than Christmas. With all the family together in the house, high on Christmas spirit, and probably recovering from the mammoth lunch you’ve just stuffed yourself with, the holiday season is the perfect opportunity to spend some quality time together around the table.

And what better way to spend that time than by playing a few Christmas board games. Social, interactive, and downright fun, there’s a game to cater to everybody. Whether you’re looking for the best family board games to play with a couple of young’uns, fancy demonstrating your tactical prowess in a strategy board game, or are in need of some two-player board games to crack out with that special someone, there’s heaps of options.

We’ve listed all the best board games for Christmas here, picking those that are fairly straightforward, don’t take too long to play, and are guaranteed to put a smile on your face. Even better, many games are discounted in the weeks ahead of Christmas, so you can grab some top titles alongside your other presents.

To kick things off, we’ve rounded up some cracking discounts on Christmas board games, so you can grab a top-notch title on the cheap. We’ll keep this guide stocked with the best board game deals in the run-up to Christmas. So, make sure to check back for the latest bargains, or nab a few now before the discounts time out.

In the meantime, check out the best Black Friday board game deals currently popping about. Even before the big day, there’s plenty of early discounts worth taking a look at. For an even bigger list, consider our pick of the best board games to play in 2021. 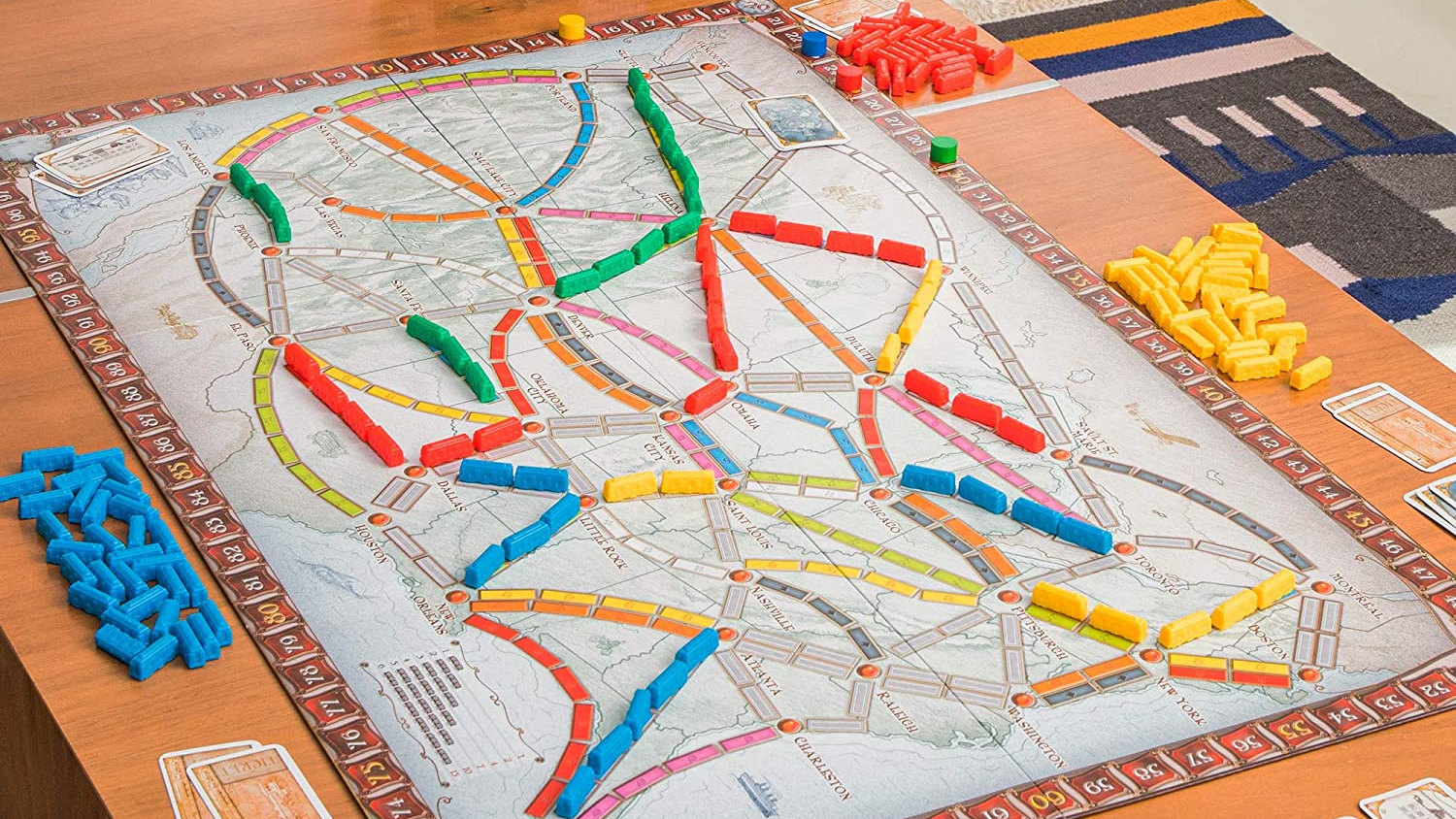 A truly classic board game, Ticket to Ride also makes for a perfect Christmas treat. Easygoing, interactive, and gorgeous to look at, it has you construct railway tracks across America, as you plunk down little plastic train carriages to earn points and race your opponents to build the most valuable routes on the board.

Although a competitive board game, it’s also very gentle. You won’t be doing much else besides picking up cards, assembling them into colours, and nabbing the train routes you’ve been tasked to build. You can play it as slowly as you like, or furiously fast if you want a little edge to your Christmas tidings.

Playable for two to five people, Ticket to Ride is a great pick for larger families, or those occasions when you might have cousins, uncles, and long-lost relatives around for the weekend. 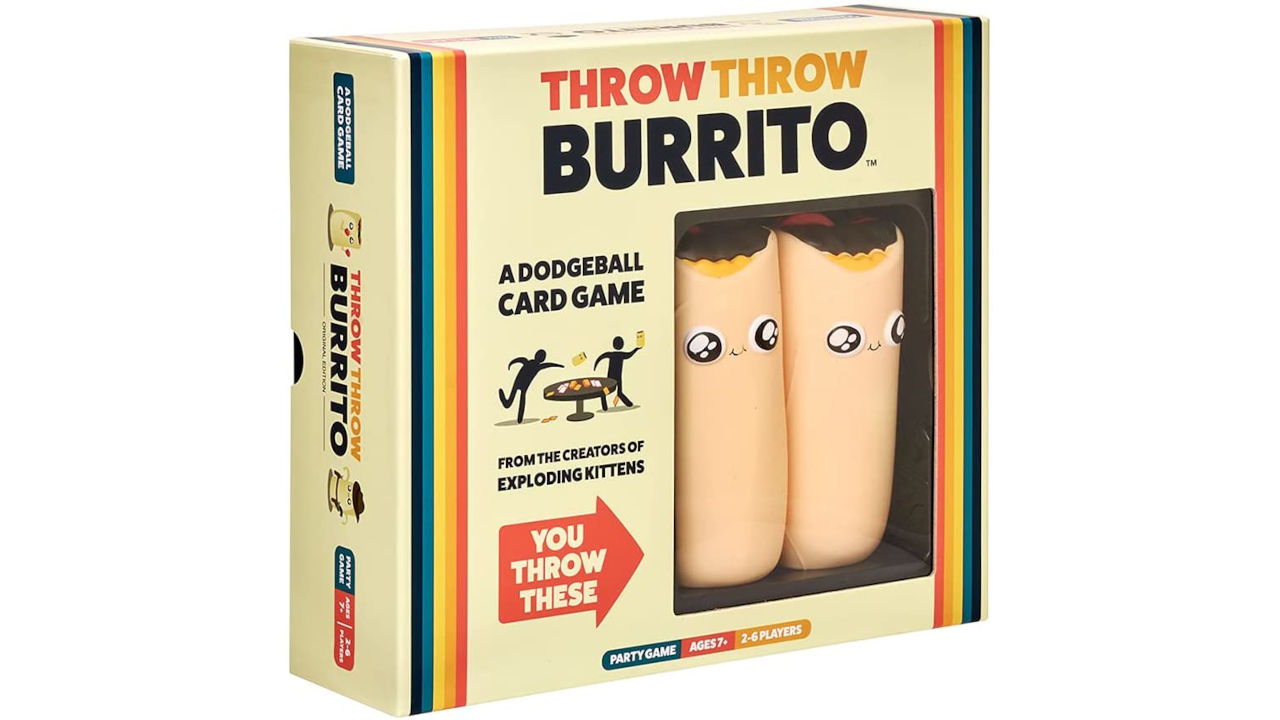 A game as silly as it sounds, Throw Throw Burrito combines dodgeball with a card game. It’s often been said that representation of Mexican food within the tabletop hobby has been dire. This game single handedly puts lightly grilled tortillas on the map, and makes them the cutest they’ve ever been.

It’s also remarkably simple. You’ll take turns drawing from a deck, trying to collect a set of three matching cards. Find matches before anyone else, and you’ll be the winner. Things change somewhat, however, when the ‘burrito cards’ are drawn, letting you throw the squishy burrito toys at your opponent to steal points. And we don’t even want to talk about the deadly ‘burrito duel’ cards.

This isn’t a serious game, but it’s heaps of fun. It’ll take you no time at all to learn how to play, and will have you throwing, dodging, and cursing a cute burrito for some time to come. 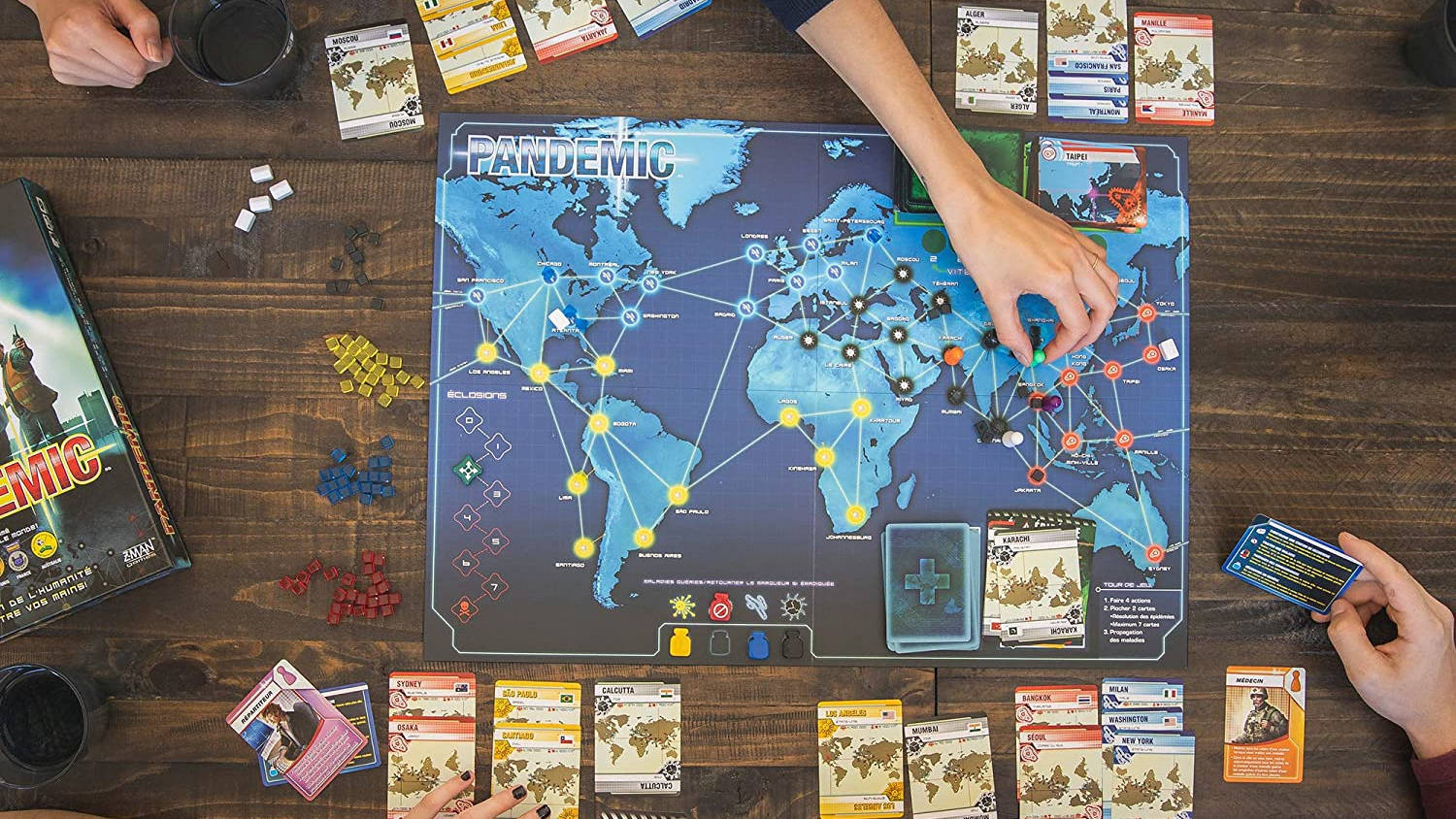 With a name like Pandemic, you might not think this is a particularly appropriate board game for Christmas, especially in light of the last couple of years, but it’s actually one of the most beloved tabletop games around. A brilliant, co-operative family game, this is a great way to spend 45 minutes to an hour.

You’ll take the role of a crack team of scientists, engineers, and other boffins fighting to prevent the spread of four deadly diseases. Hop across the globe to suppress the spread of the viruses, and work together to use your limited resources to save as many people as possible. While each player has a special ability they’ll rely on to win, this is really a game about teamwork, as you fight for humanity’s survival.

Pandemic has become something of a modern classic for its straightforward rules and replayability. For two to four players, this is a game that’s just as great for couples as it is for families. 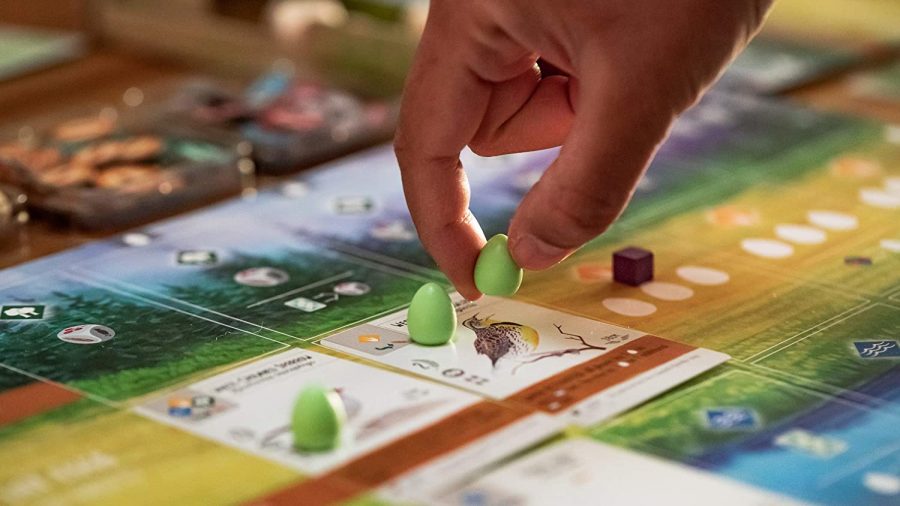 Other than those games above, there’s a bunch of fantastic titles to check out this holiday season. While we wait for the mega discounts to arrive, we’ve whipped up a list of the best board games to play this Christmas below. Although the big day might be a few weeks away yet, there’s still plenty of great deals to be had.