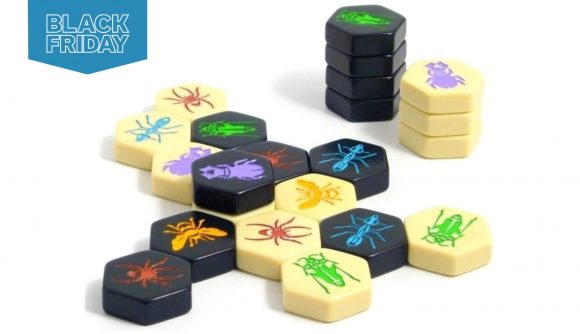 Even if you’re not an entomologist, there’s something fascinating about the way that insects organise themselves in order to achieve different goals. It’s no wonder, then, that the antics of our six-, eight-, and many-legged friends would eventually be reimagined as a board game.

The ever-popular tile game Hive pits you against an opponent in a game of insect warfare, where the strategic placement of certain bugs to surround and block your enemy is the path to victory. In some sense, the simplicity of the game is akin to chess or checkers, but there’s more to it than meets the eye. If you’ve been meaning to grab your own Hive set for a while, then you’ll be glad to hear that it’s currently reduced by 17% for Cyber Monday.

Hive is a tile game, but what sets it apart from something like Azul is that tiles aren’t fixed in place once you put them down. Each player has a selection of tiles that depict different insects and different rules apply to different insects. The Queen Bee, for example, can only move one space at a time and the aim of the game is for each player to capture the other player’s Queen Bee by surrounding her so she can’t move. The Grasshopper, meanwhile, jumps over other pieces in a straight line, allowing it to travel around the board quickly. A Worker Ant, may move infinitely, but only around the edge of the layout. There are eight different types of tile and each one of them moves differently, which leaves room for a high level of strategy and varying playstyles.

The game has been designed so that it can be enjoyed by anybody over the age of nine. Even non-gamers can have fun picking it up for a quick round, but those who prefer the complex nuances of more advanced games will not be disappointed either. 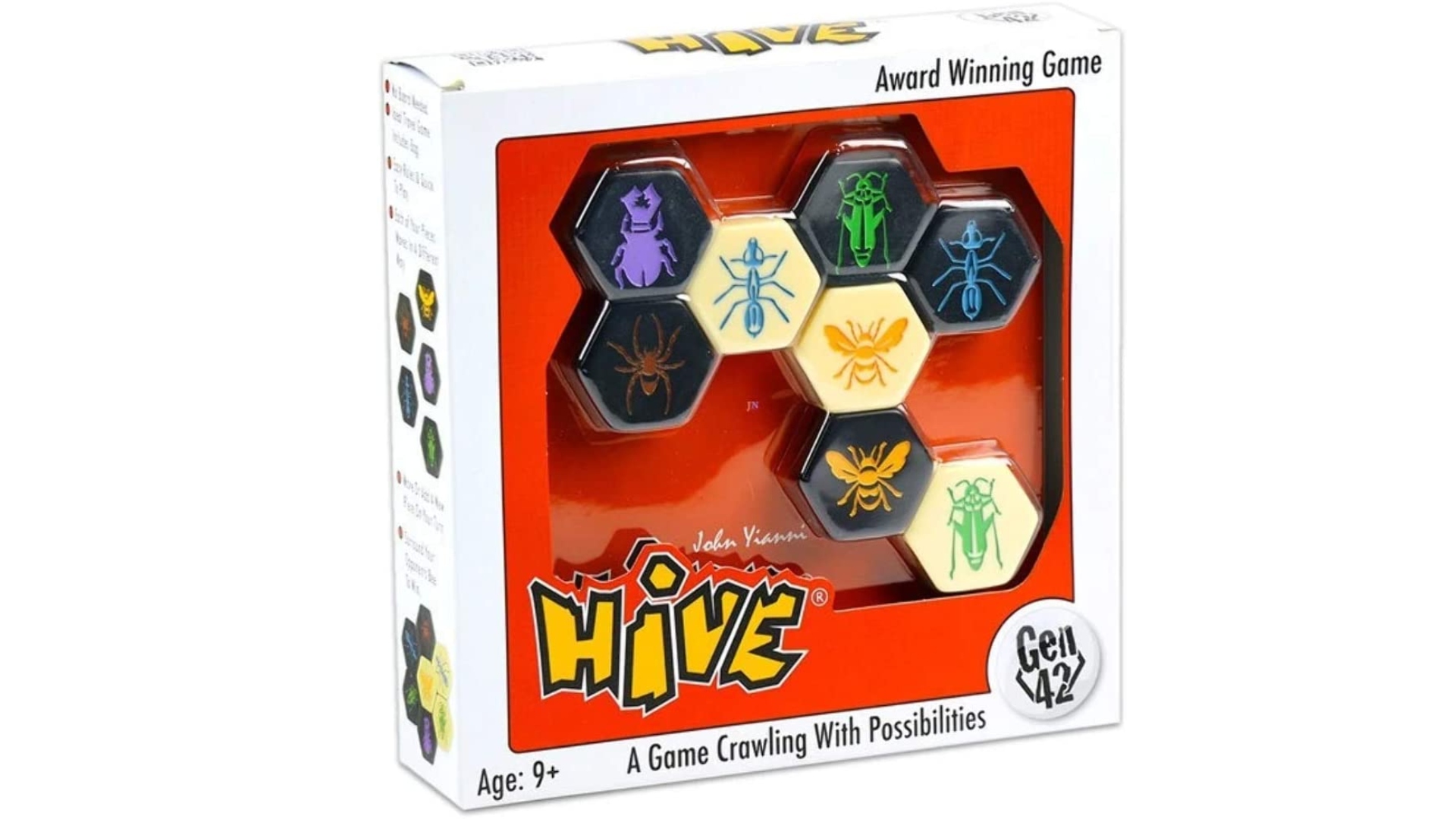 Not only could this game make a fantastic Christmas present for any gamers in your life, but it could be a fun thing to play one-on-one while you visit family members for the holiday season. They’ll be all over it like ants on a discarded doughnut.

If you’re thinking of getting this, make sure you don’t leave it too long. As a Cyber Monday discount, it’s unclear exactly how long it’s going to last for, but it’s quite possible its lifespan will be as short as that of the bugs who star in Hive. If you want to find more enticing discounts, check out our Cyber Monday board game deals guide.