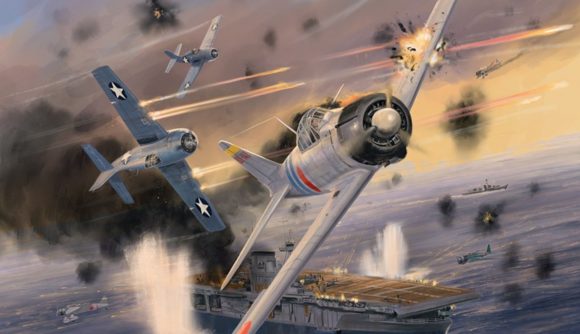 Blood Red Skies is flying into the Pacific Theatre with a new starter box. Announced by publisher Warlord Games over the weekend, the Battle of Midway Starter Set includes 12 aircraft minis for the Japanese and US air forces, and is the first starter kit to release for the WW2 miniatures dogfighting game since the launch of its first set in 2017. The box is up for pre-order now, alongside a bunch of aircraft expansion packs.

Set in the titular WW2 naval confrontation, Battle of Midway includes all the resources needed to start fighting across the tabletop skies of the Pacific. Within the box are six snap-fit miniature Mitsubishi A6-M2 Japanese fighters, six Grumman F4F Wildcats for the US forces, a set-specific rule booklet, several Doctrine, Theatre, and Air Trait cards to use in-game, as well as various tokens.

A fast-paced air combat miniatures game, Blood Red Skies hands you control of large batches of WW2 aircraft in objective-based scenarios and matched dogfights. Scenarios are often historically themed and asymmetric, with one side attacking objectives, destroying transport routes, or scouting an area, while the other must defend against the incoming belligerents. 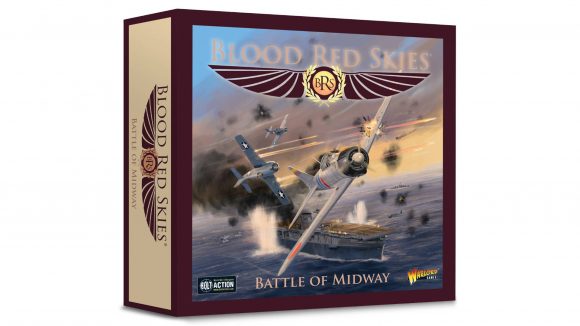 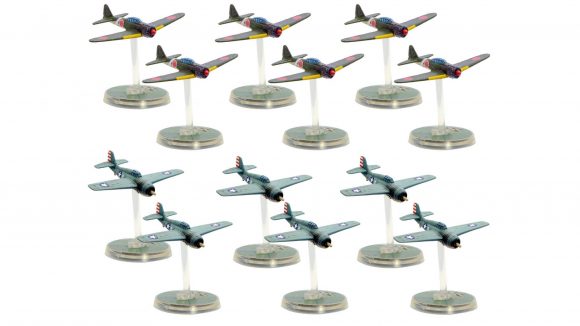 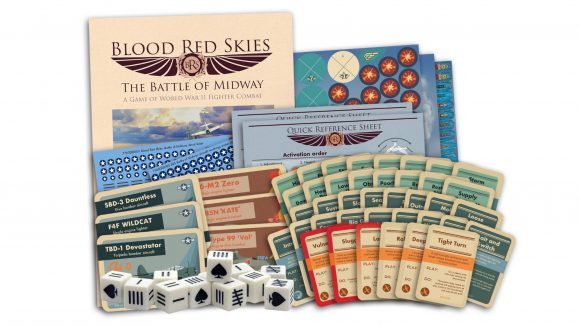 You’ll be using cards to leverage the particular skills and traits of your aircraft to gain a foothold over the enemy, while setting the planes at different heights (both figuratively and physically by moving the models on their bases) to gain Advantage over your enemy fighters and perform different manoeuvres.

First released in 2017, the game quickly received acclaim from tabletop wargamers for its refined ruleset and miniatures. Its launch set – The Battle of Britain – soon sold out online, and remains out of stock on Warlord’s webstore. The Battle of Midway represents the first Blood Red Skies starter set since.

In January this year, Diecast Digital launched a Kickstarter campaign to crowdfund a Blood Red Skies videogame adaptation, but cancelled the project in March after the campaign secured less than half its £60k minimum target. 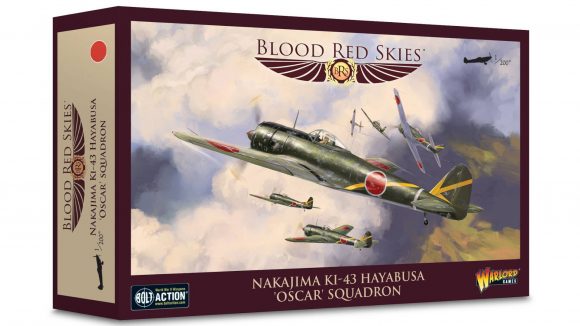 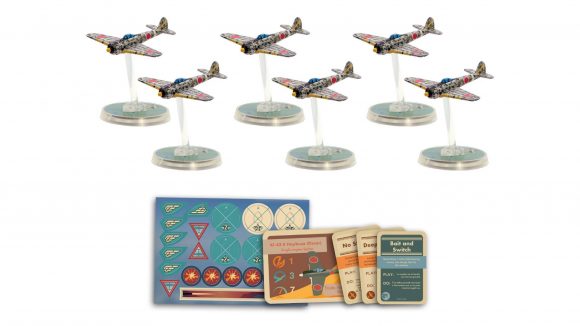 The Battle of Midway Starter Set is available for pre-order for $77 / £56 from the Warlord webstore. The new squadron packs can be pre-ordered for $38 / £28 each, or purchased together with the starter set in a variety of bundles.