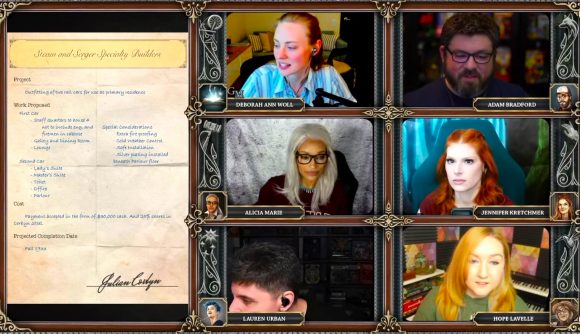 A new week brings a new Children of Éarte episode – and the Dungeons and Dragons actual play series is really starting to up the ante. Initiative is rolled for the first time, we see more of the party’s magical capabilities, and some serious TLC is needed to patch everybody up afterwards.

Before we go on to the episode review and exclusive post-game interview, let’s recap. In brief, last week saw the adventuring party finally make their way inside Room A. Through a magical, shattered mirror, the party learns that the spirit of Ivy, lover of the train’s original sponsor, remains trapped in the mirror until all its shards are retrieved. A shadowy figure watches them from Room A’s door, and it shuts the party inside as the train halts to a sudden stop.

If you’re after a full recap of the story so far, be sure to check out our Children of Éarte episode directory below. You can also find the episodes in full over at Demiplane’s Twitch channel and YouTube channel. And remember, as Dungeon Master Deborah Ann Woll says, “life itself is the most wonderful fairytale”. 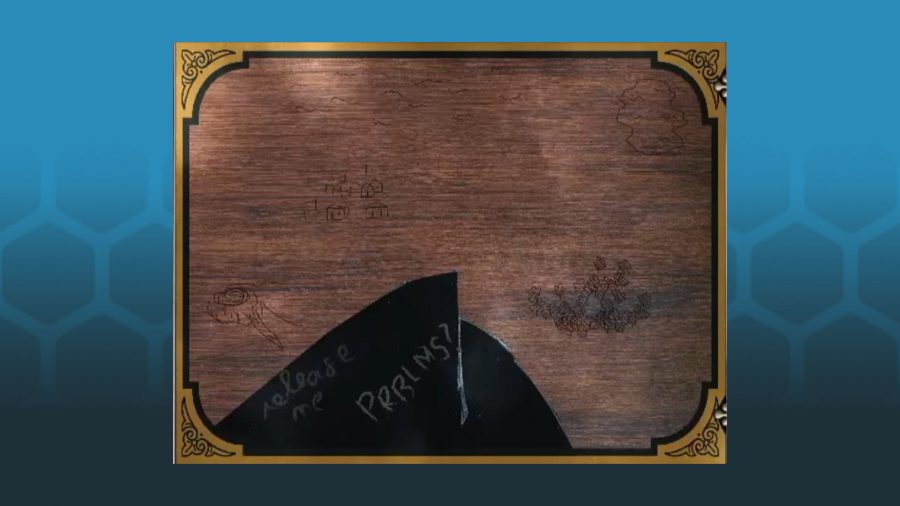 As DM Deborah Ann Woll said in On the Éarte last week, viewers could expect damage and initiative rolls this week – and she certainly did not disappoint. The shadow spirit hovers menacingly, and it seems to have no intention of letting anyone leave Room A. Robin Beckett (played by Hope LaVelle) reaches for the doorknob – only to find her hand stuck, her max strength reduced by two, and herself fainting from the pain.

Nebula (Lauren Urban) painstakingly rubs Robin’s hands with sunscreen to release her, and Robin then tries a trick that looks suspiciously like Mage Hand to turn the knob without touching it – but to no avail. Maeve Flynn (Jennifer Kretchmer) casts that age-old spell on the shadow creature – the word ‘no’. Combat officially begins.

As the shadowy creature continues harassing the passengers, we get a good look at some of their abilities for the first time. Silas Jordan (Adam Bradford) focuses on distracting the creature with some particularly vicious mockery, as well as inspiring Robin with some Michael Jordan stories.

Consult the chart: Here’s a guide to DnD alignments

The Bard class seems very likely for Silas, but viewers also began speculating about Fairuza Armstrong’s (Alicia Marie) class for the first time – and guessing she’s a Barbarian. While Neb uses glowing ‘fireflies’ to illuminate the shadow creature and Robin uses carpet static to shock it, Fairuza uses rage-fuelled strength to push the door open. Fairuza’s player Alicia Marie told Wargamer in the post-game interview that Fairuza’s fearlessness in the face of fantasy is really denial in disguise. “We’ll see what happens when that last shred of denial is gone”, she added.

Together, the passengers are able to damage the shadow creature enough for it to dissipate. The ice that covered the door shatters, and the party must shield themselves against the shards. In a sudden act of heroism, Robin dives in front of Neb to save her from the worst of the damage.

Neb has gotten pretty bruised so far, but Lauren Urban told Wargamer that, despite Neb “vacillating between wonder and worry”, “wonder is winning (mostly)”. “Even the terrifying smoke monster was awe-inspiring in a way”, Urban adds, “but then someone gets hurt and [Neb] remembers the fairytales are grim and dark and do attack.” Meanwhile, Hope LaVelle said in the interview that Robin is proud to be a contributing member of the group. “In that moment when she was with Harold’s picture, and she said ‘if you could see me now’, she was proud of how she’s handling these new magical events”. 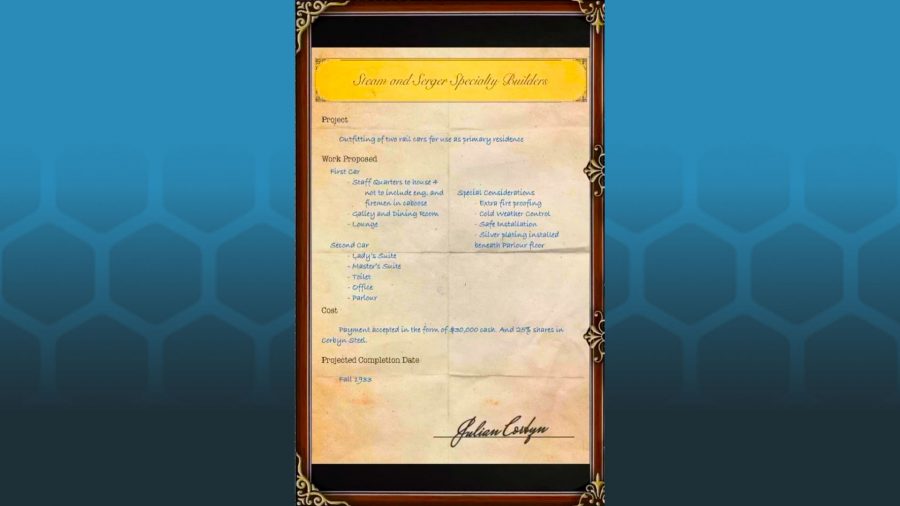 After taking a moment to catch their breath, the adventurers begin to look around. Maeve finds plenty of intriguing documents – everything ranging from a building proposal for the train (pictured above) to love letters from Julian to Ivy – and she pockets a book on trains, just in case it’ll be handy later. It even seems that someone has been writing fairy tales of their own in this room. Neb, meanwhile, is seeing some unsettling shapes in the dark outside the train window.

Silas detects plenty of different kinds of magic going on in Room A, and he suggests (once again) investigating outside of the train. He also notices, once he’s grabbed his stuff, that one of his cosmetics cases is missing (though he doesn’t yet know Maeve’s the thief – and that she still has his hat). After Maeve successfully picks its lock, the party move into the baggage car in an attempt to reach the engine and see if the other people on the train are okay. It certainly doesn’t seem that way, though – the party think they spot staff member Augie, but she can’t see them and seems to be stuck in a haze of telephone static.

Beginner’s luck: Here’s how to play D&D for beginners

After multiple attempts to patch each other up with the odd remedy they can get their hands on, the passengers attempt to scale the train – but only Silas makes it to the roof. Outside of the train, they see more ghostly figures rushing about, as well as an enormous pile of rocks covering the train tracks.

Perhaps this is why the Starlight Special stopped. Either way, Adam Bradford said Silas is “completely bought-in” to the adventure now, and wants to go further down the rabbit hole. Deborah Ann Woll told Wargamer in the post-game interview that the party “stepped into the magic a little earlier than I anticipated”. This means there are plenty of unknowns on the train that the party will need to explore going forward.

Update: The episode directory was updated on April 27.