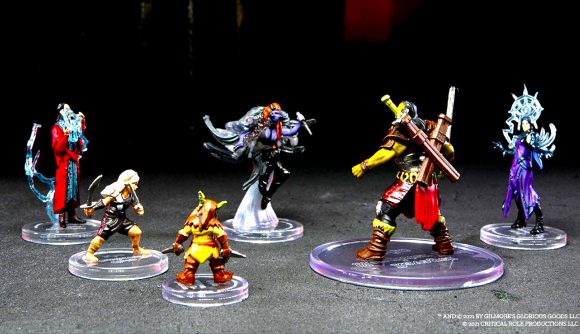 The D&D actual play series Critical Role turns seven this week, and the team behind the ongoing TTRPG show has been celebrating in style. In addition to launching the brand new DnD sourcebook Call of the Netherdeep on Tuesday and a new campaign episode on Thursday, several giveaways of Critical Role merchandise were announced.

Miniature manufacturer WizKids – who has its own anniversary to celebrate – offered one such prize on Thursday. Announcing the giveaway on its social media pages, WizKids calls D&D fans to “join us celebrating seven years of Critical Role and five years of unpainted minis from WizKids”, as it’s offering “Critical Role unpainted minis to five lucky grand prize winners”. The giveaway comes not long after the company announced its third wave of Critical Role miniatures, but it’s not specified which wave of minis WizKids will send to competition winners.

According to WizKids’ Facebook page, you can enter the competition in two ways – either leave a comment on its post answering a trivia question, or comment a photo of a WizKids Critical Role mini you’ve painted. The trivia question is as follows: “Seven years ago, the adventure began in this underground city within the Cliffkeep Mountains?” The contest is reportedly open until Wednesday, March 23.

Anyone wishing to try their luck can enter once on Facebook and once on Twitter. Unfortunately for international Exandria fans, the WizKids giveaway is only open to US residents over the age of eighteen.

While a competition from board game developer The Op Games has already been and gone this week, collectibles company Sideshow Collectibles is also currently offering a Critical Role giveaway. Sideshow asks entrants to fill out a form on its website, and one participant will be chosen to receive the ‘Critical Role Anniversary Prize Pack’ – which includes statues of Mighty Nein characters Fjord and Beau, as well as a Mighty Nein art print. You can enter this giveaway until Thursday, April 14, and (once again) only US residents over the age of eighteen are eligible. 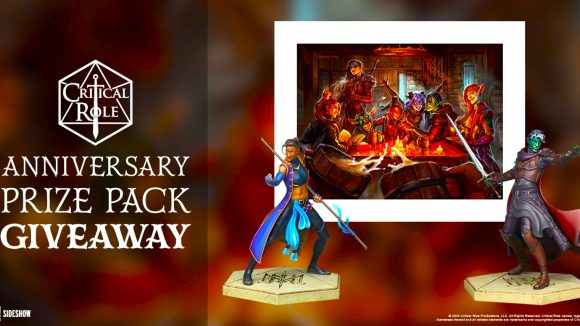 If you’re a fan of Critical Role but are looking to broaden your live play horizons, you might be interested to know that Dardevil actor Deborah Ann Woll has launched her own D&D series – Children of Éarte. Episode one aired March 15, but we’ve got a handy episode review if you want to catch up.

Looking for more minis to populate your D&D campaign? Check out the best D&D miniatures for tabletop adventuring. Or, if you’re new to minis, you can learn more about the best paints for miniatures right here at Wargamer.