By most accounts, dragons are pretty cool. Not in a chic, hip, down with the kids kind of way, but in the sense that they speak to all the best parts of fantasy fiction. Ferocious serpentines with massive wings and fire-breathing lungs, they appear in cultures the world over, and malleably fit the part of an evil beast that needs slaying, or an ancient monster terrorising the region. They’re big, evil, and immediately recognisable.

But they’re not half overplayed. Ask any passerby to name a typical fantasy monster and, besides giving you a peculiar look, there’s more than a good chance they’ll say “dragon”. The familiar flying lizards have saturated fantasy literature, film, and games for decades, becoming the go-to creature for a climactic battle or villainous pet.

Nearly all major fantasy franchises flirt with them. Smaug served as JRR Tolkien’s beastly baddie in The Hobbit, George RR Martin posed them as medieval superweapons in A Song of Ice and Fire, and they’re sprinkled across Harry Potter. Even John Tenniel’s original illustration of Alice in Wonderland’s Jabberwocky bore more than a passing resemblance to the Western interpretation: scaled body, bat-like wings, long tail, and four legs (albeit with a protruding neck and buck teeth for added flavour).

So when the final D&D sourcebook of the year was unveiled to be Fizban’s Treasury of Dragons, I wasn’t filled with a wave of excitement. A tome that chronicles draconic history, magic, and lore, alongside providing additional GM resources for fielding dragons in your campaign, seems something of a missed opportunity. It’s a safe bet on a vanilla RPG monster that doesn’t warrant the spotlight, and overlooks the reams of more exciting opportunities just waiting for development. 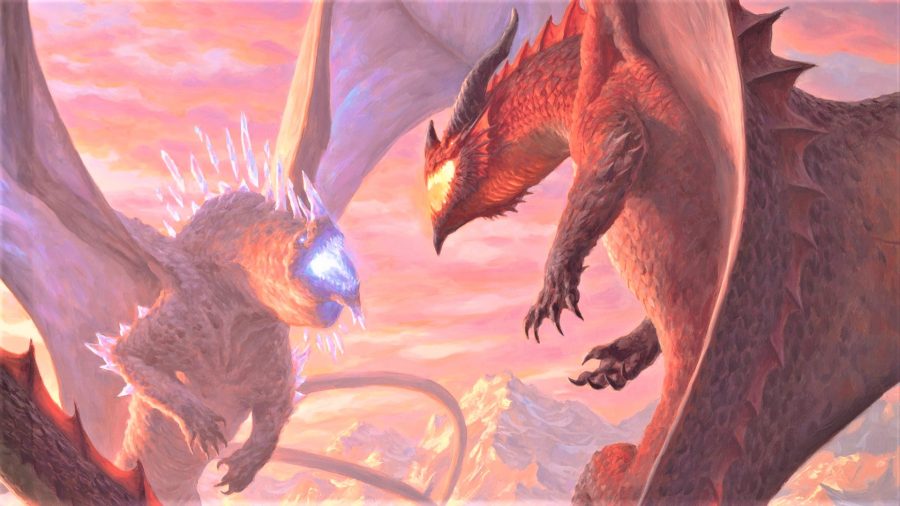 Dragons undoubtedly work well for D&D. They’re recognisable and clear-cut, letting DMs use them without having to explain vast amounts of lore to new players. You see a dragon, and you know what you’re in for. But when I’m handed an all-encompassing fantasy system with which to develop original worlds and colourful characters, limited only by the boundaries of creativity, making dragons the focal point of that creation isn’t much of a tempting offer.

DnD would do well to move beyond tired fantasy focuses

They’re too familiar, and pale in comparison to the weird and wacky creatures plastered across D&D’s monster manual. What’s a dragon’s elegant form next to the bulbous blob of a Beholder, or its fiery breath next to the consciousness-destroying psychic powers of a Mind Flayer? I’ve seen a lot of dragons in fantasy fiction, and I’m sure that I’ll see a lot more in the future, but D&D can do better.

The game’s roster of monsters is impressive, spanning a huge variety of classic foes and niche enemies. Sillier picks, like the dreaded Grey Ooze, mashed creations, such as Jackalweres, and fan-favourites, such as Displacer Beasts, speak to the game’s variety. There’s an abundant supply of original, quirky monsters to explore, and D&D would do well to move beyond the tired fantasy focuses of other mediums – including those that it had a hand in popularising. 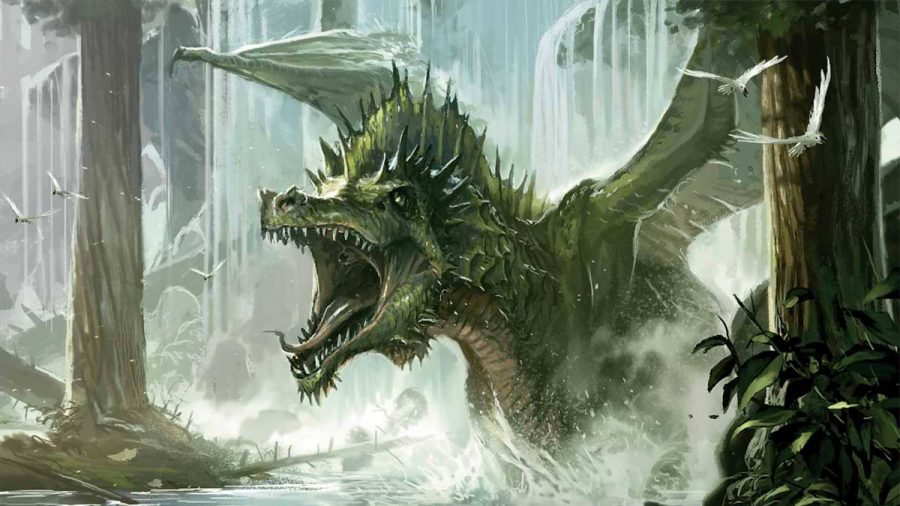 Some might not buy my complaint. Outside of the upcoming sourcebook, dragons rarely crop up in D&D adventures. But they’re undoubtedly a staple of the game’s visual presentation and popular perception. Both the D&D 5E Starter Set and Essentials Kit feature dragon encounters as focal moments of their adventures. Magic: The Gathering’s latest D&D crossover set, Adventures in the Forgotten Realms, similarly placed a significant emphasis on notable dragon characters, and their various subraces.

Although they may not often appear in your homebrew campaigns or official D&D modules, dragons remain woven into the heart of the franchise. Fizban’s Treasury of Dragons isn’t some unexpected outlier, but a continuation of the game’s emphasis on the classic monster.

Character-keeping: Our pick of the best D&D character sheets

Others might think I’ve been uncharitable. Dragons have served fantasy literature well over the decades, and D&D’s dragons aren’t merely a homogenous group. Evil Chromatic Dragons differ in motivation and mentality, Metallic Dragons have separate quirks and alignments, and the new Gem Dragons to be introduced to 5E in the upcoming sourcebook will undoubtedly bring more variety.

But, besides representing another point of bioessentialism, in which an entire race’s moral compass and psychological temperaments are distilled to their physiological attributes, it’s also not the case that these differences really count for much. 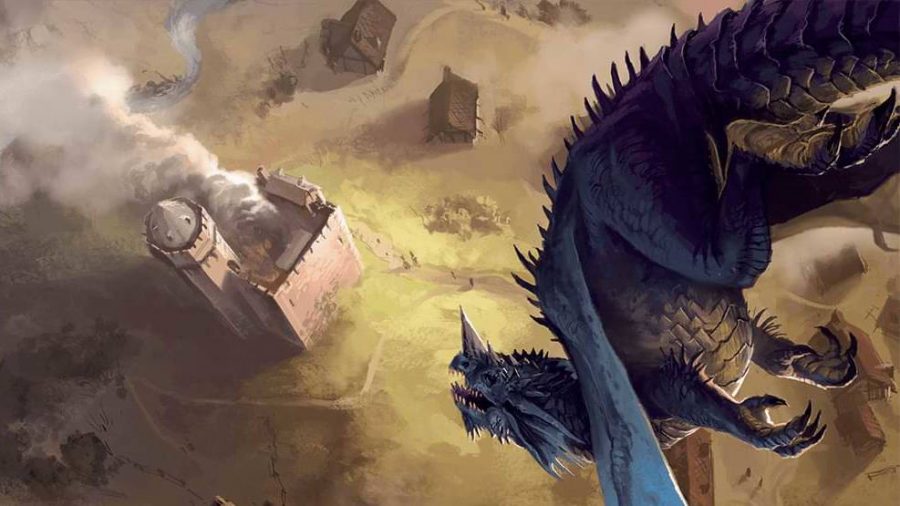 DMs might pick a particular subspecies that suits their campaign’s theme, or use the contrasting attributes of dragons to make some narrative point. But, ultimately, they’re still all dragons. They inspire similar reactions within players, and serve similar storytelling purposes. Heaping together a bunch of dragons of different colours doesn’t stop them from simply being dragons.

So, forget dragons. I propose the next D&D sourcebook be dedicated to a more innovative monster; one that’s still familiar, but vastly more creative. That most ridiculous of beasts: the humble Owlbear. Dragons might be gigantic fire-breathing lizards, but years of exposure has desensitised me to their ferocity. A three-metre tall feathered chimaera, sporting nowt but a beak and razor-sharp claws, though – now that’s scary stuff.

What’s that you say? A game called Dungeons and Dragons could never so willfully dismiss the classic fantasy monster, which will forever hold a place of importance in the game? Well, I have a solution to that, too. I’m pleased to introduce Dungeons and Owlbears, the latest, revised edition of the world’s biggest tabletop roleplaying game. Besides some minor balancing tweaks, it’s exactly the same game you know and love, but with an endless supply of feathery mammals to encounter on your quests. 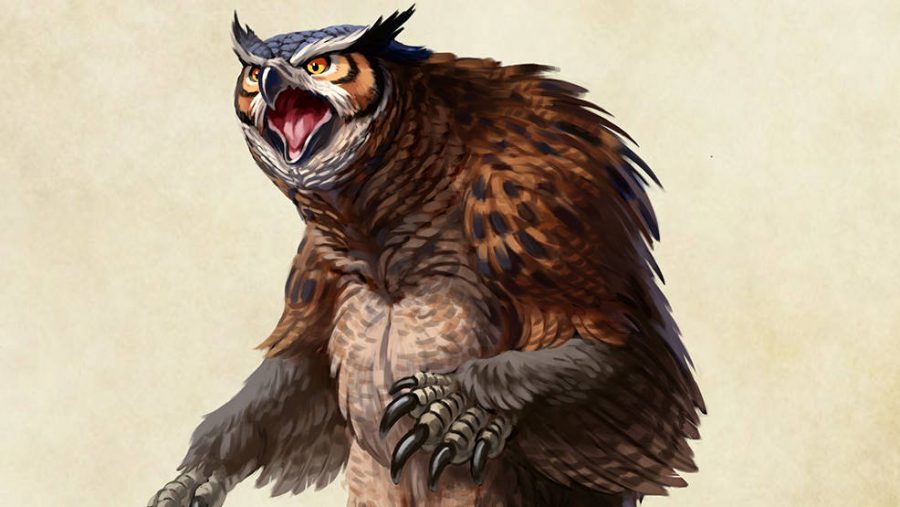 If alliteration is important, you may also consider the names Oubliettes and Owlbears, Occurrences and Owlbears, or Occasions and Owlbears. Please, take your pick in the knowledge that all options dramatically diminish draconic representation.

Look out for my next hot take, in which I’ll be arguing why dungeons are an overplayed adventuring trope and should be replaced with more novel storytelling devices, such as rabbit holes, moral dilemmas, and metaphorical dream sequences.