YouTube presenter and tabletop RPG creator Matt Colville yesterday released Kingdoms & Warfare, his latest D&D 5E supplement that hands you command of a medieval fantasy ‘domain’. The book includes player rules for building a personal realm and defending it from evildoers, DM resources for staging inter-domain conflicts, and a starting adventure designed to teach you the new concepts.

Although you’ll still be roleplaying as an individual adventurer, the supplement introduces a rules system that lets you build and manage an organisation under your command. This group might be as small as a thieves’ guild or a coven of Hags, or be as large as an entire kingdom or continent-spanning empire. You’ll be able to lead your domain into prosperity and growth, while coming into conflict with opposing groups that must be fought in battle or appeased through diplomacy.

The book includes a system for creating your own domain, as well as rules for managing its many facets, such as raising an army, improving the loyalty of your followers, and expanding its size through spending ‘development points’. Each domain has four skills – diplomacy, espionage, lore, and operations – that represent its ability to interact with the world, and may be upgraded to unlock new actions and possibilities for success.

Alongside rules for building and managing your own group, Kingdoms & Warfare includes pre-constructed NPC domains, which DMs may spot into their campaigns, or players might use as templates for their own creations. These range from an undersea colony to a Giant jarldom, and have been designed with individual powers and features to use in their various operations. 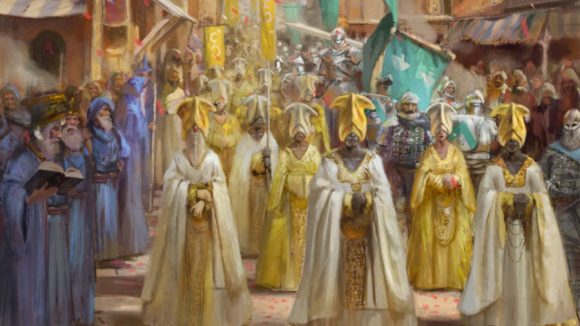 There are also sections on D&D monsters that DMs might field against their players’ domains, many of which have been styled as groups of enemies led by a powerful leader.  Many pages are similarly dedicated to warfare, covering manoeuvres, fortifications, terrain, and other classic strategy mechanics. The idea is for players to stage massive territorial battles, and leverage their character’s class advantages to shift the tide in their favour.

The introductory adventure, titled The Regent of Bedagar, is designed to be played with five seventh-level characters, and will have you defend a town from an invading enemy force.

Successfully crowdfunded on Kickstarter in October 2019, Kingdoms & Warfare follows Colville’s previous D&D 5E supplement Strongholds & Followers. That book similarly focused on expanding the scale of D&D, handing your characters castles to purchase and strongholds to manage. This latest release, however, places a greater focus on the interaction between such domains. 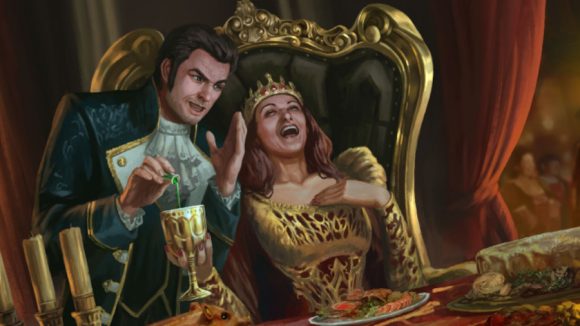 If you’re looking to expand your sourcebook collection, check our guide to the best D&D books.