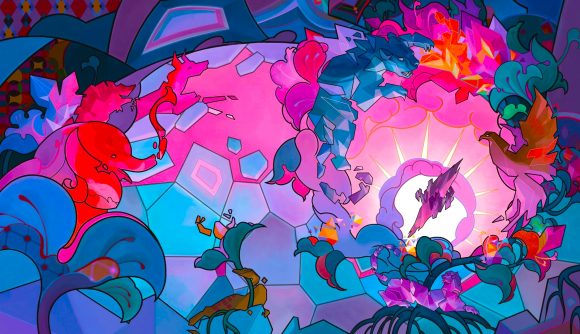 At last week’s press event for the new Dungeons and Dragons adventure book Journeys Through the Radiant Citadel, senior D&D designer and project co-lead F. Wesley Schneider called the book a “potpourri” of different styles and stories. An anthology of adventures created from the cultures and experiences of black and brown writers, Journeys Through the Radiant Citadel offers adventures that touch upon everything from cooking competitions in ‘Salted Legacy‘ to political uprisings in ‘Shadow of the Sun‘. Fellow co-lead Ajit George assured us that “you could play this book for years and not get bored”.

Three adventures from Journeys Through the Radiant Citadel were teased at the event, and one in particular will pique the interest of horror fans. ‘Written in Blood’ is a third-level adventure that, according to its author Erin Roberts, is a “darker, creepier adventure” that pays “personal homage to the Black experience in the Southern United States.”

“If you like Southern Gothic horror, this has that feel,” Roberts said in last week’s press event. She compares Written in Blood to Lovecraft Country and the films of Jordan Peele – films and series’ that are part of a recent Renaissance in black horror media.

Written in Blood transports your D&D party to Godsbreath, a new region of bayous, port cities, and monster-infested waters inspired by real-life locations like Mississippi, Georgia, and New Orleans. Your characters are present for a particularly special occasion in Godsbreath – the yearly celebration where residents sing ‘The Awakening Song’, an oral history of the region that’s been cultivated since its earliest days. You might even make it into a verse yourself if you play your cards right – new additions to the song are communicated by Proclaimers, cleric bards who worship a particular god in the region.

So far, none of this is sounding particularly scary – but that’s because horror isn’t the only inspiration for Roberts’ new DnD setting. She explains that the setting was also born from the idea of Black diaspora – this term describes communities that settle somewhere other than their ancestral home, as well as the duality and disconnect that this distance can create. This is most evident in Godsbreath’s history – long ago, a covenant of gods brought people to Godsbreath to save them from attack. 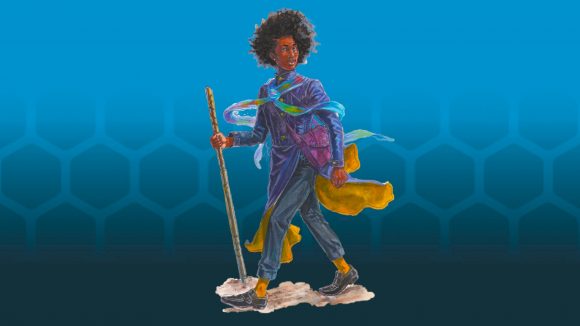 Heritage was also a huge part of Roberts’ creative process. “[Written in Blood] was a chance to reach back to my family’s own legacy in Mississippi and Georgia”, says Roberts. The book Growing Up Black in Rural Mississippi – written by Roberts’ grandfather – was also a big inspiration.

But of course, we promised you horror – and Written in Blood certainly delivers. The Awakening Song is destined to be rudely interrupted by farmers – people who were once friendly, but whose eyes now stream with blood as they begin to attack your party, Resident Evil 4 style. It’s up to your characters to uncover what’s happening, a quest that will lead you deeper into the monster-infested lands of Godsbreath – and into the hands of an adversary that Roberts describes as “like what would happen if Crawling Claws got together and got worse”.

Written in Blood is just one of the 13 adventures promised in Journeys Through the Radiant Citadel, which is currently available to pre-order, and which releases worldwide on June 21.

If you’re after some saucy sources to go with your adventures, check out this guide to the best D&D books. We also have a guide to DnD maps that will help you flesh out the worlds in your campaign.