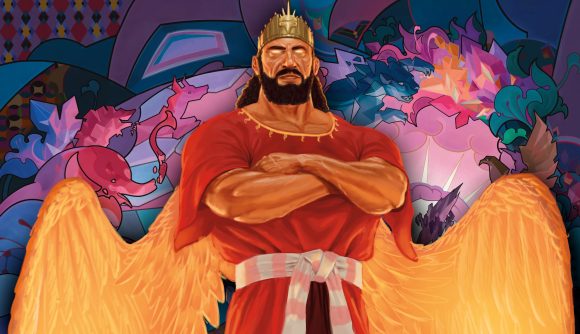 The first Dungeons and Dragons book written entirely by black and brown writers, Journeys Through the Radiant Citadel cites a “potpourri” of backgrounds and popular culture icons as its influences. While Gothic horror adventure Written in Blood takes after Lovecraft Country and Jordan Peele, Salted Legacy was inspired by Studio Ghibli and Gravity Falls. The third adventure revealed at the press event on March 18, ‘Shadow of the Sun’, comes from quite a different family tree of media.

Shadow of the Sun was born of the ancient and modern classics of Persia – in particular, the epic poem Shahnameh and the works of contemporary Iranian filmmaker Asghar Farhadi. It’s no wonder, then, that the adventure’s author – Iranian-American D&D games designer Justice Arman – says Shadow of the Sun was inspired by Ancient Persia yet feels “very relevant to modern Iranians and POCs”.

Shadow of the Sun is an 11th-level DnD adventure which takes place in the holy city-state of Akharin Sangar. According to Arman, this DnD city is ruled by the angel Atash, a ruler who delivered the city from catastrophe 50 years prior. “Clerics will feel right at home with the light of this angel watching over the city”, Arman says.

However, Akharin Sangar is not the peaceful place it may first appear to be. A resistance group called the Silent Roar are rising in opposition of Atash and his peacekeepers, the Brightguard. “Characters are going to quickly discover that there’s not a lot of room for neutral ground”, Arman says. Shadow of the Sun reportedly offers branching paths and different consequences based on the decisions players make amidst Akharin Sangar’s political tensions.

As well as Atash, Shadow of the Sun will introduce a new creature to the DnD universe – an angel known as the Pari. Little was revealed about the Pari at the press event, but they may be based on the angel of the same name from Persian mythology – particularly as Paris feature in Shahnameh, the poem Arman cites as a major influence for Shadow of the Sun. 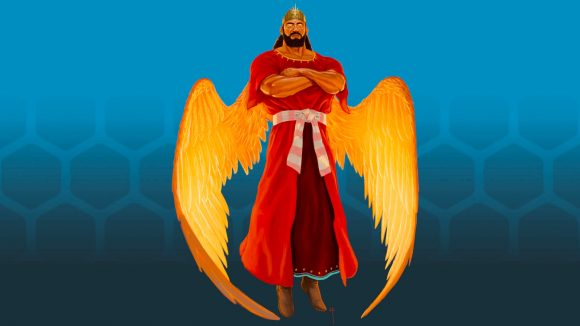 Journeys Through the Radiant Citadel is available worldwide from June 21, and Shadow of the Sun is just one of the 13 adventures included in the anthology. More information will be revealed before release day, but until then, you can check out Wargamer’s coverage of the new DnD book – including a discussion of The Radiant Citadel’s political joy.