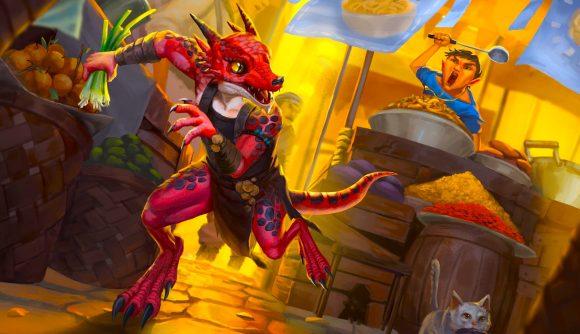 Journeys Through the Radiant Citadel was officially announced as the next Dungeons and Dragons book at a press event on March 18, and the announcement included a showcase of three adventures available in the upcoming anthology. We’ve already looked in some detail at ‘Written in Blood’ and ‘Shadow of the Sun’, which means there’s one adventure left to go – ‘Salted Legacy’ by Surena Marie.

If you’ve not come across the name before, Journeys Through the Radiant Citadel is a new D&D book containing 13 adventures based on the diverse cultural backgrounds of black and brown writers. Marie’s mother is from Thailand, and Marie herself is a first-generation immigrant living in Los Angeles. “This is where the adventure is inspired from”, she said at the press event earlier this month.

Salted Legacy transports your party to Dyn Singh Night Market, a bustling location filled to the brim with vendors. Two food stalls in particular are run by rival families – the gnomes of the Tyenmo family, and the kobold family of Xungoon. The party watches this rivalry unfold first-hand as vandalism and thefts escalate the feud.

According to Marie, it’s up to the players to uncover the cause of all this contention – but this is detective work with a twist. “The only way the players are able to uncover the mystery is by participating in market games to earn the trust and renown of the vendors”, Marie says. These apparently range from “a spicy pepper-eating contest to a timed cooking contest where players battle giant prawns while trying to make prawn patties”.

If you couldn’t guess from the prawn-pattie palaver, Salted Legacy is on the light-hearted side. Marie compares the adventure’s vibe to the popular reality cooking show Chopped, and she says that her background in improv heavily inspired her work. Having worked on actual play series like Rivals of Waterdeep and Critical Role, Marie has a lot of experience with thinking on her feet in the world of D&D. 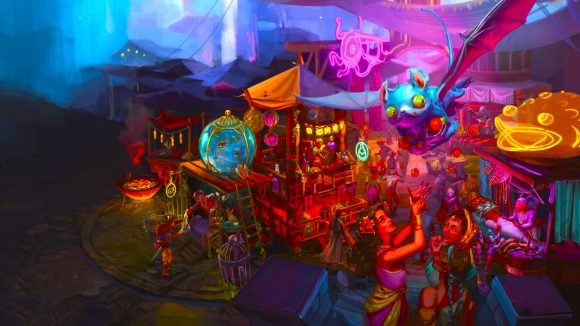 “When you have a new table, these could be icebreaker games” she says. “They put you in right away – everyone is on board and knows the expectations”. This tone and structure could make for an ideal D&D starter adventure, and this is added to by the relatively small scope of the adventure’s objective. Marie describes Salted Legacy as “a more intimate adventure”, after all. “It’s not about saving the world”, she says. “The stakes aren’t as high, but I believe everyone can empathise with what it’s like to care about family.”

Family is an integral part of Salted Legacy. Marie cites her relationship with her mother as a source of this theme. “She shows her love and care through cooking”, Marie adds, “and I wanted to show that throughout”. Family is just one of many themes that add depth to the adventure’s comical surface, with the duality of a first-generation identity and the pull between industry and tradition also explored in the adventure.

“Beneath the comedic mystery of my adventure, the themes that are important to me are the responsibilities we have to each other and our community”, Marie says. “It’s about helping this community resolve its issues, the legacy of this family, and how we can resolve things – even if they’re generational.”

Journeys Through the Radiant Citadel releases worldwide on June 21. If you want to read more about the upcoming book’s themes, check out this deep dive into The Radiant Citadel’s political joy. We’ve also covered the other two adventures revealed so far – Written in Blood and Shadow of the Sun.