With Call of the Netherdeep releasing and Journeys Through the Radiant Citadel announced for release in June, Dungeons and Dragons season is officially upon us. I was fortunate enough to hear about the next DnD book first-hand at the press event last week, and the paradisiacal image of the Radiant Citadel has stuck with me ever since.

It’s not the lush cover art that’s kept this D&D city fresh in my brain (although both designs are impressive), though. It’s one point made by the book’s co-lead Ajit George during the press interview – unlike somewhere like Baldur’s Gate, George says this city “is not a place of backstabbing and lurking monsters and crime just around the corner”. Instead, he says, “The Radiant Citadel was meant to give players a real home, a respite, a place to regroup after facing the worst and most tragic challenges.”

It’s perhaps a small detail in the reams of worldbuilding you typically get with a new DnD setting, but it’s an important one. Journeys Through the Radiant Citadel is the first D&D book written entirely by black and brown writers, with George identifying himself as “the first person of Indian origin to write Indian-inspired content for D&D”.

Despite classes, settings, and characters taking inspiration from other cultures for decades, this is arguably the first time that a diverse team of non-white creators has been able to take control of their stories in the D&D setting. And rather than create a setting filled with darkness, corruption, and trauma, they’ve created a technicolour sanctuary that welcomes all.

Universal monsters: These are the best D&D monsters

Whether intentionally or not, this choice makes a political statement. Although I am a white author and can’t pretend to have authority on the experiences of black and brown people, I am an autistic woman who finds my own life politicised in other ways. And this has led me to believe firmly in the power of joy as a political act – more particularly, an act of protest. Joy disrupts the narrative that is often set for marginalised people by those around them. 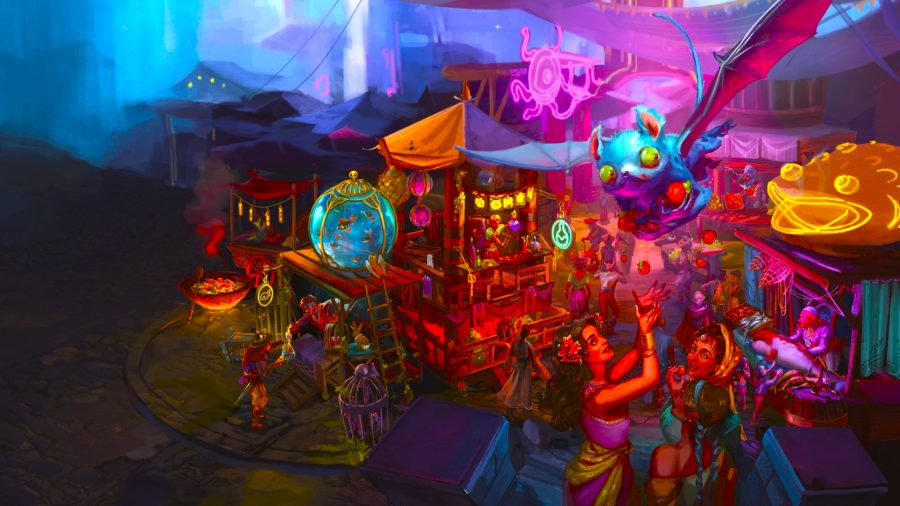 Personally, I don’t seek out games of D&D that indulge in these themes unnecessarily. When Jeff at the bus stop catcalls me regularly, having Jeffkin the Bard do the same to my character isn’t my idea of fun. Perhaps that’s why the Radiant Citadel seems so appealing – it’s a safe haven designed by and for the black and brown community, a place that welcomes all D&D characters (and players) indiscriminately. The increased input of people of colour (POC) has been long overdue in D&D, and I think Journeys Through the Radiant Citadel is a vibrant and necessary addition to the sourcebook collection.

Of course, this isn’t to say that The Radiant Citadel is without conflict. Conflict and tensions of some kind are necessary tools for good storytelling, but rather than a human threat with discriminatory undertones, The Radiant Citadel is instead threatened by, as George describes it, “a supermassive ethereal cyclone that threatens the safety of the city”.

Journeys Through the Radiant Citadel doesn’t just promise joy – the many adventures contained within go everywhere from political uprising in ‘Shadow of the Sun‘, to Gothic horror in ‘Written in Blood‘, to family-friendly cooking competitions in ‘Salted Legacy‘. But the announcement certainly brought a grin to my face, and I’m looking forward to sharing that joy with a party once it releases June 21.