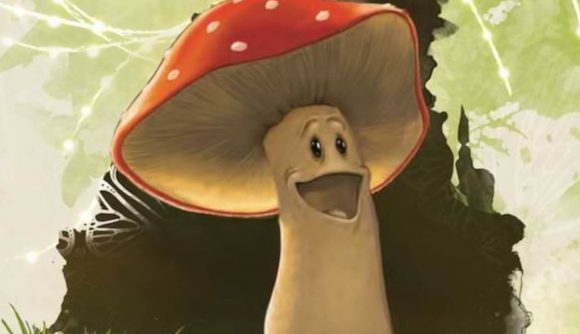 Dungeons and Dragons’ cutest sentient fungi are returning in the tabletop RPG’s next adventure book, The Wild Beyond the Witchlight. Charming, musical, and veritably silly, Campestris are mischievous toadstools that love nothing more than to sing in discordant, atonal harmonies. First introduced in 2E, a D&D Beyond blog post from over the weekend has given us a peek of their 5E stats, lore, and incredibly cute smile.

Largely harmless, these mushroom folk are obsessed with music. They’ll take any opportunity to join a performance, bursting into yodels and dance at the mere whiff of melody. Unfortunately, their timbre is a little off-kilter, and they’re described in the book as possessing an “obnoxiously nasal falsetto” as well as an inability to distinguish musical virtuosity from amateur performance. Not the best troupe of enthusiastic musos to meet on the forest floor.

As for stats, the squishy ‘shrooms can head butt for 1 bludgeoning damage, or release spores to incapacitate nearby creatures and halve their speed. With 2 HP, Campestris aren’t exactly a force to be reckoned with, but their mimicry ability, which lets them imitate any voice or song in a grating nasal tone, might grind down your party. 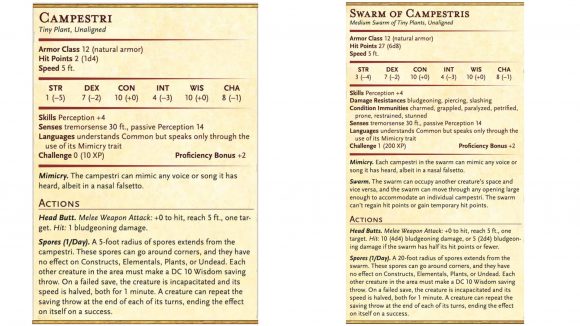 As for using them in your campaign, you could want to deploy the singing mushrooms as alarm systems. Your party might befriend a Campestri to break into song whenever a bandit sneaks up to your camp, or you might encounter one of the shrill mushrooms when infiltrating a hidden garden or magical cove.

Regardless of their utility, we think their beady eyes and wide, toothless grin might just be the cutest thing to come out of 5E. Who cares if they’re not pitch-perfect when they look this adorable? 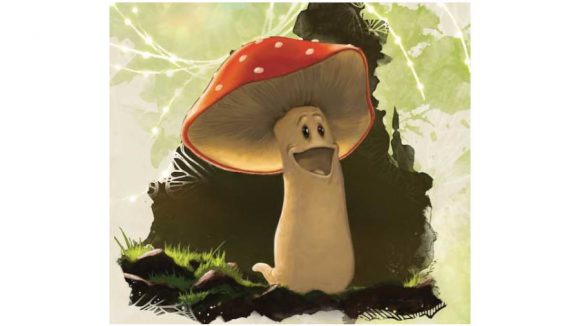 For more inspiration, read our guide to the best D&D Monsters, or check out our pick of the best D&D character builds if you want to optimise your play.