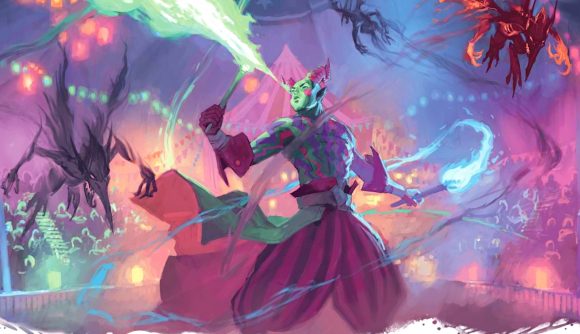 To coincide with The Wild Beyond the Witchlight, the latest adventure book for D&D, publisher Wizards of the Coast has released a mini supplement that provides more resources for running a Feywild campaign. Titled Domains of Delight and available on the DM’s Guild, the ‘accessory’ book includes rules for creating your own Feywild realm, like that which appears in the Wild Beyond the Witchlight.

The Domains of Delight are isolated worlds governed by powerful Archfey. Usually carrying strong stylistic themes, they’re presented as the Feywild equivalent of the Domains of Dread that were touched upon earlier this year in Van Richten’s Guide to Ravenloft. This new supplement includes DM resources for constructing your own Domain of Delight, including ideas for its theme, geography, and magic. There are also sections about its potential “drama” and “denizens”, which look to capture the uniquely theatrical side of the Feywild.

The middle portion of the book includes tips for creating the personality, appearance, and signature magical powers of a ruling Archfey, while the first third of the book provides a rundown of the Feywild’s place within the D&D cosmos. Building on the Feywild entries of the Dungeon Master’s Guide, it covers the temperaments of Faerie creatures and the contracts they might strike with adventurers.

Domains of Delight directly expands upon The Wild Beyond the Witchlight, which is the first book to substantially introduce the Feywild to D&D 5E. While Witchlight is primarily an adventure book that only outlines the Domains of Delight in passing, this mini supplement focuses entirely on creating the realms for your own adventures.

Many of the designers who worked on Witchlight make an appearance in this supplement, too, including art director Kate Irwin, writer Adam Lee, and Chris Perkins as a developer. 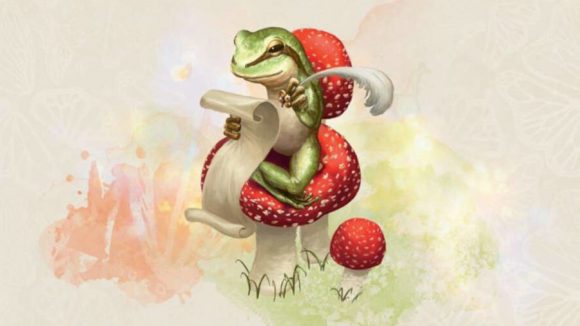 Domains of Delight is available to buy on the DM’s Guild for $8.00 / £5.90. All proceeds will go to non-profit fundraiser Extra Life to raise funds for the Children’s Miracle Network Hospitals.

If you haven’t yet dived into the wicked whimsy of the Feywild, read our The Wild Beyond the Witchlight review. We reckon it’s one of the best adventures that’s released for 5E, and loved its theatrical take of the setting that deftly captured the wide-eyed exploration of fairy tales.

Or, read our pick of the best tabletop RPGs, if you’re after something outside of the world of fantasy.