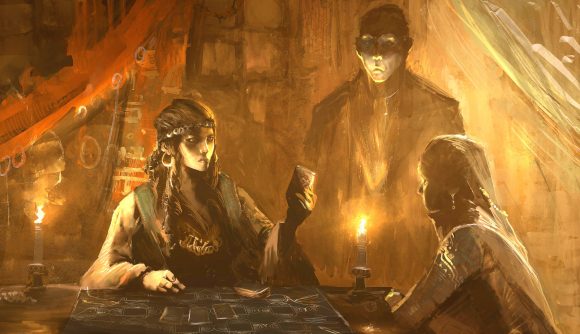 New content releases for the recently-launched Dune RPG, Adventures in the Imperium, won’t be slowing down anytime soon. Following last week’s reveal of the game’s starter set, publisher Modiphius says it plans to continue supporting the tabletop RPG over the next couple of years with additional expansions, focusing on developing the game’s ‘House’ mechanic and adding new eras from across Dune’s 10,000-year lore.

Speaking to Wargamer, Andrew Peregrine, project manager and writer on Dune: Adventures in the Imperium, says the team have a slate of unannounced releases in the pipeline, some of which are currently in production while others are on the horizon. “We have another two books in process,” Peregrine says, “one’s coming back with manuscripts and one’s moving into feasibility; and we have loads of possible accessories.”

As for what these upcoming expansions will contain, some will expand upon Dune’s existing ‘House’ system. Central to the game, players collectively create their own noble House, before building a personal player character to advance its status within the Imperium.

Nathan Dowdell, lead writer on the Dune RPG, told Wargamer the House system that appears in the game’s core rulebook is a derivation of a larger, more complex system that was saved for future expansions. 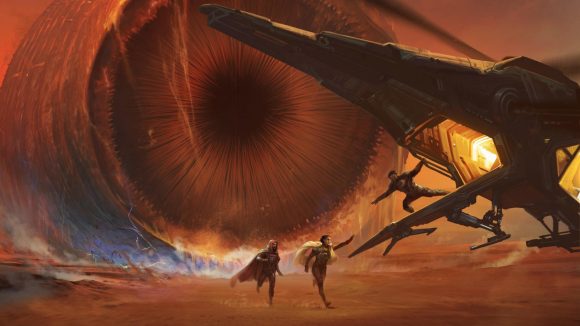 The size of this final House system is so large, however, that the team expects to split it into two halves. The first part will cover the internal workings of your House, and provide new resources for governing it on your homeworld. The second half will touch upon its external workings, providing new means of managing your house in relation to others and extending its status across the known universe.

“From my point of view, I wanted to make this something you could really get into,” Peregrine says. “It’s not essential. If you don’t like the numbers and you don’t want to get into the accountancy of your House, there’s no reason you have to. The core book is all you need.”

“But if you want to really get into what exactly’s going on, how you expand your house, how you build more things, and all this nitty-gritty things you can. It’s kind of like where you’d play Traveller [the 1977 tabletop RPG], and you’d worry about your cargoes, you’d deal with your merchant stuff, and you’d try and get cargoes at good rates – it’s a macro version of that sort of thing.” 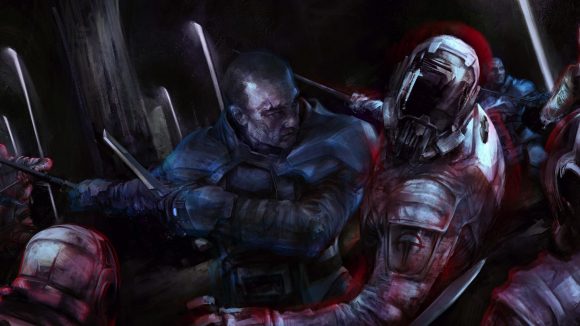 While the core rulebook and the game’s first supplement, Sand and Dust, focus on Arrakis, Peregrine says the team is looking to expand away from the classic desert planet in the forthcoming expansions. He says future releases will explore the breadth of the Dune universe and moments further along  the Dune timeline.

“As we move forward with more supplements, we’re going to expand out into the other planets, the other houses, the Imperial Court connections, how the Spacing Guild manages, and all this sort of world stuff,” Peregrine says. “If we ever get through all of that, because that alone could keep any game line going for a while, we will be noting some of the bits from the future, and looking at different eras.” 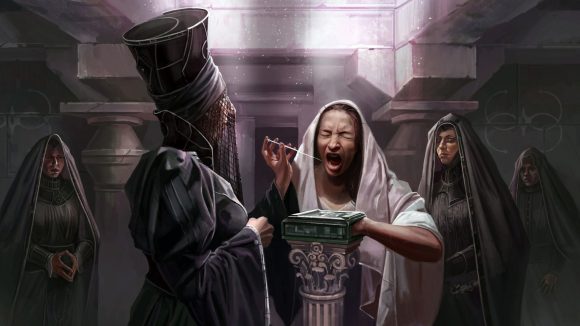 “Eventually, we’d like to support all the eras. At the moment we’ve cleared a load of books with the Herbert state, so when we get to the end of those agreed supplements and books, then hopefully we’ll be able to continue the relationship. We’ve got a lot on and there’s so much more we can do.”

Look out for interview with Nathan Dowdell and Andrew Peregrine later this week, in which we explore how they captured the vastness of the Dune universe in a single core rulebook. If you can’t wait, read our pick of the best tabletop RPGs to find your next adventure.