That’s where House Wargamer comes in. We’ve gathered together the very best Game of Thrones board games, seeking high and low in our travels. Our list has everything from complex strategy board games, to tense social deduction titles, all that a budding pretender to the throne could require.

So gather your bannermen, warm up your backstabbing arm, and ride on to discover the best Game of Thrones board games. Just maybe don’t play any of these at a wedding.

The best Game of Thrones board games: 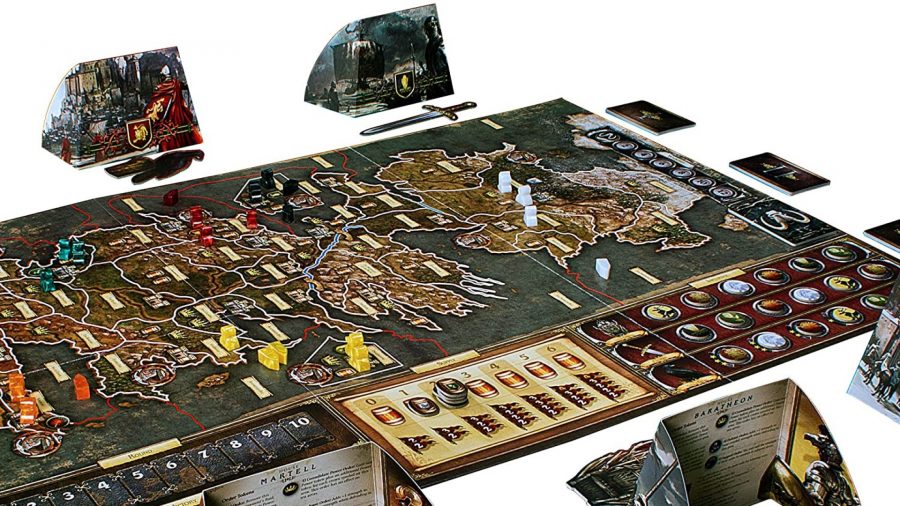 A Game of Thrones: The Board Game

It’s got the most straightforward title, but does that make it the best Game of Thrones board game? Well, probably not on its own, but what does give A Game of Thrones: The Board Game a chance at taking the belt is its unique take on grand strategy, which puts the emphasis firmly on diplomacy.

You’ll need to stab a few backs to succeed

Each player takes on the role of a Westeros house, aiming to take over and hold seven of the map’s 20 castles. But you’re unlikely to make it on your own, what with two to five other players jostling up against you. Game of Thrones: The Board Game has a great big map, but it gets crowded very quickly.

Each round, everyone makes deals, surreptitiously selects their chosen orders, and then these are all flipped up at once, immediately showing whose word is true and who is a filthy, rotten liar. It’s a bloodthirsty game where knowing who to trust and who to deceive is everything. Don’t play with those who take offense easily: this game takes a good half a dozen hours to finish, so they’ll be stuck seething for a long, long time. 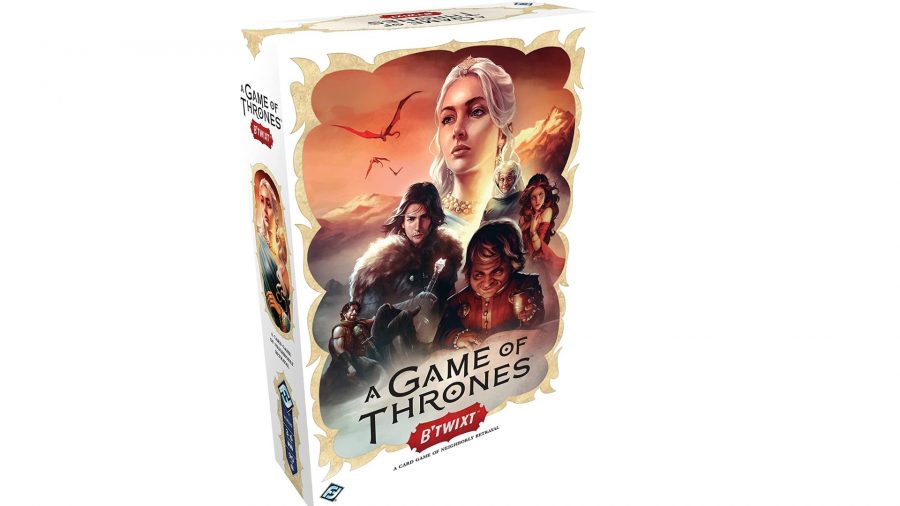 A Game of Thrones: B’twixt

A Game of Thrones: B’twixt is a fast-paced 3-6 player card game that’s all about bidding for allies and trying to form the most powerful small council. It’s no easy task – good advice is hard to come by in the world of Westeros.

In B’Twixt, your opponents’ action directly affect your score

In fact, useful advisors seem to be so thin on the ground that they’re all doing double duty. You see, in B’twixt, all your advisors are also working for one of your neighbours. You don’t have your own individual score, instead your points total comes from the shared councils created to your left and right. That means you’ve got to be careful with your planning, and think about what other players are doing in order to come out on top.

This is the newest game on the list, at less than a year old. As a quick aside, we’re not quite sure why there’s an apostrophe in the title of this one. Betwixt is a perfectly serviceable word, so why blot out the ‘e’? 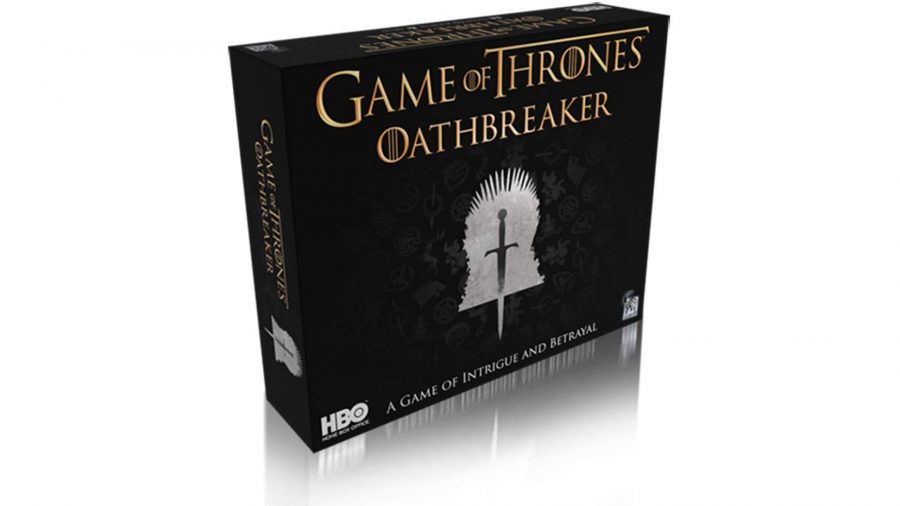 The kings and queens, knights, nobles, and common folk of Game of Thrones seem like a pretty upright bunch, but if you really look closely you may spot a few moments in some episodes where not all of them were being 100% honest. It’s a bit of an easter egg.

Deception is the name of the game in Oathbreaker, a social deduction game for five to eight players, in which one person takes on the role of the King, and everyone else is a noble. But some of you are are not so noble. Some of you are sneaky conspirators, hungry for power.

Swap thrones for rings: The best Lord of the Rings board games

It’s the king’s job to work out who they can trust and who is out to get them, while everyone else has their own hidden goals to pursue. Like many social deduction games, there are missions to complete, which a traitor can sabotage. The king can also cast suspicion on those they dislike and reward the loyal with favour.

There’s no player elimination in Oathbreaker, so no one’s ever out of the action. The suspense and distrust continues right to the end of the game. As the king, you might find that your trusty lieutenant is suddenly acting a bit shifty and your whole picture of the game is upended. A little bird tells us it’s an excellent Game of Thrones board game. 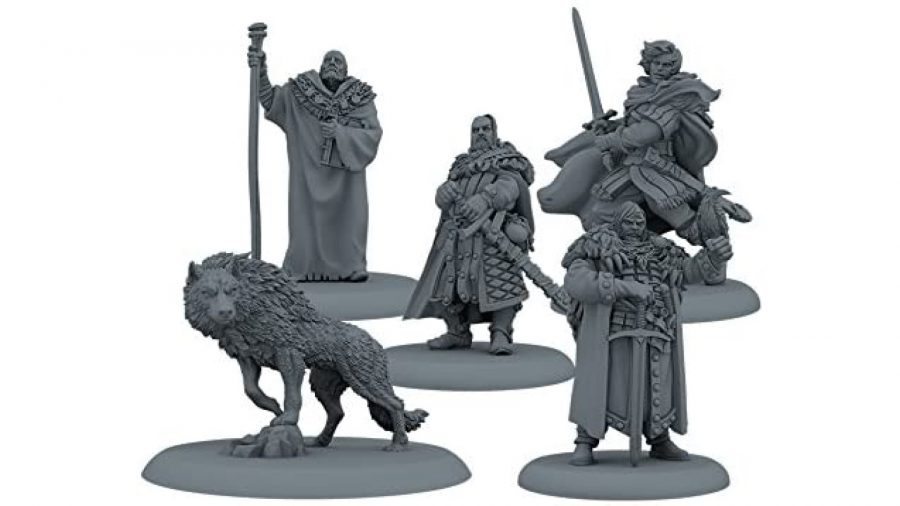 A Song of Ice and Fire: Tabletop Miniatures Game

You can tell this ones targeting an intellectual crowd because it’s gone with the book’s name, rather than the show’s. That said, A Song of Ice and Fire: Tabletop Miniatures Game dispenses with many of the fiddly intricacies you’ll find in many wargames, like Warhammer 40k or Age of Sigmar. (something about that) It’s a rather streamlined miniatures game that’s nonetheless highly effective.

A streamlined but well-designed miniatures game

This is not a skirmish game, and battles will usually involve large armies (the units themselves are quite chunky) but you don’t have to assemble any models yourself. You may want to paint these miniatures at some stage, but they’re ready to play out the box.

There are a bunch of starter sets available for each faction if you’ve got a house in mind. If not, the Stark vs Lannister core set is a very fine place to start. 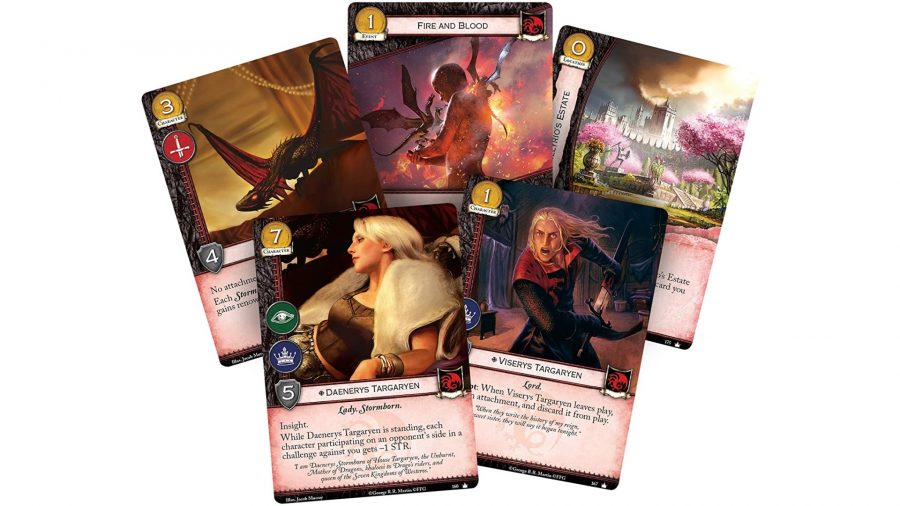 A Game of Thrones: The Card Game

A Game of Thrones: The Card Game is a competitive card game for 2-4 players, which works much like a typical trading card game. You’re fighting your foes on several fronts, in the regular arena of military battle, the subtle arena of politics, and the sneaky arena of intrigue. Just that extra twist adds a lot of extra decision making, compared to most TCGs where you’re just protecting your life total.

The gameplay itself is perfectly good, but a lot of the fun comes just from seeing what hijinks Game of Thrones characters you know and love (or hate) get into when under your control. It’s sort of like playing a Game of Thrones Crusader Kings mod in that sense.

A Game of Thrones is one of Fantasy Flight’s Living Card Games. The intention with these is that you’ll pick up more and more expansion packs which are released over time. However, A Game of Thrones: The Card Game is an LCG that’s reaching the end of its, well, life. What that means is there are already dozens of extra packs available. if you discover this is your jam, you’ll be happy to know there’s enough of it available to fill a swimming pool.