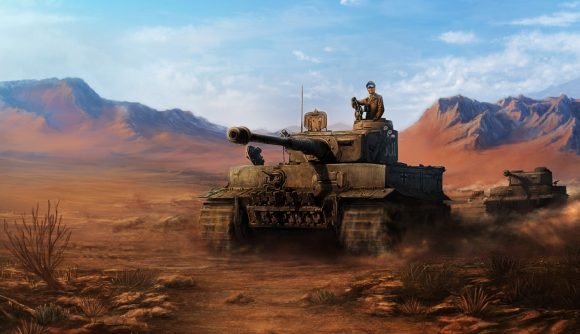 Similar to the ship designer system introduced in the game’s Man the Guns DLC, the new tank designer system will allow you to select a chassis type and outfit it with several different modules, dictating and improving the combat capabilities of your tanks. The customisable features include armour type, engine, turrets, suspension system, main weapon, and four additional ‘special modules’ of miscellaneous elements. Paradox says you’ll need to pick carefully between them to balance the mobility, firepower, protection, reliability, and cost of your vehicles.

You’ll be able to choose between 23 main weapons, spanning heavy machine guns to rocket launchers, each of which has reportedly been designed with its own speciality, and based on the merits and drawbacks of their historical counterparts. The diary gives the example of high-velocity guns that sport poor soft attack, but good piercing damage.

Armour will come in three types – riveted, welded, or cast – each offering different defensive bonuses at varying costs. You’ll also be able to tweak the exact thickness of the armour as it’s applied to your tanks, theoretically letting you pack out a light tank with masses of plating, if you have the resources to spend, or construct heavy tanks with thin sides, if your coffers are drying up. But you’ll need to research higher thicknesses to do so. 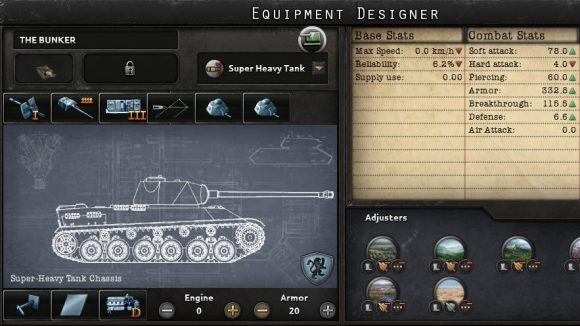 Engines, too, come in fast gasoline, reliable diesel, or fuel-hungry gas options unlocked through jet engine research. Also included will be the Electric hybrid engine, which the dev diary says was initially developed as a joke, but later integrated more fully to bolster the mobility of tanks in uneven terrain. Turrets and superstructures can also be changed to provide different benefits, such as a ‘fixed superstructure’ that allows you to affix larger guns to your tank and provides bonus defense stats.

And suspension can also be altered – from bogie, Christie, torsion bar, wheeled and half-track (for light chassis), and interleaved roadwheels systems – to influence reliability and speed.

Every chassis also has four slots of ‘special modules’, which provide supportive features, such as radios, ammunition storage, sloped armour,  and secondary turrets, as well as amphibious tank capabilities for those players who also own the Man the Guns DLC. 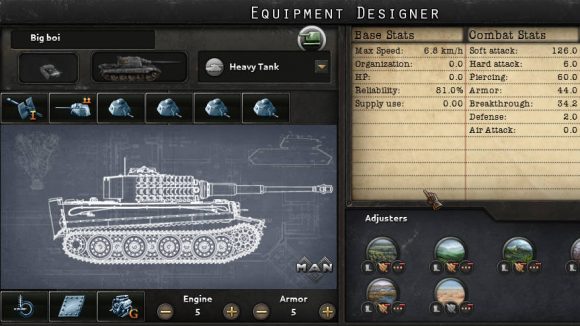 But to customise your tanks, you’ll first need to unlock their chassis in the new armour tech tree, and additional modules in the modified artillery tree. Once you’ve concocted whatever armoured chimaera takes your fancy, you can designate how your designs are used, and attach them to particular subunits, or select between them in the division designer. The dev diary goes on to say that certain armour roles can only be filled by tanks with specific characteristics.

The tank designer system will also include an auto-design feature that takes the whole process out of your hands, letting the AI design tanks that best fit your national situation and align with historical trends. 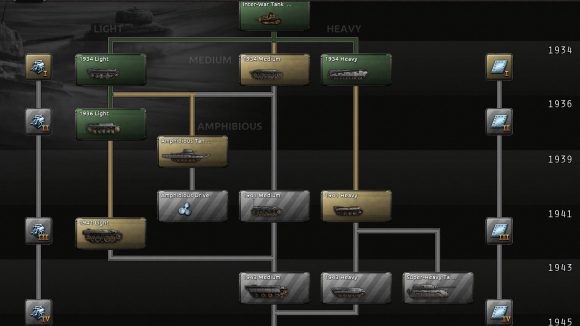 However, the dev diary suggested that each module has been designed with ease-of-understanding in mind, with their relative merits and drawbacks approachable to both those who are already knowledgeable about the intricacies of tank development, and those whose eyes might glaze over at the mere mention of a Panther.

Paradox said that, unlike the previously-released ship designer, the upcoming tank designer system is intended to encourage specialist tank designs, those that are suited to particular roles, rather than generic options that cater to all tasks uniformly. 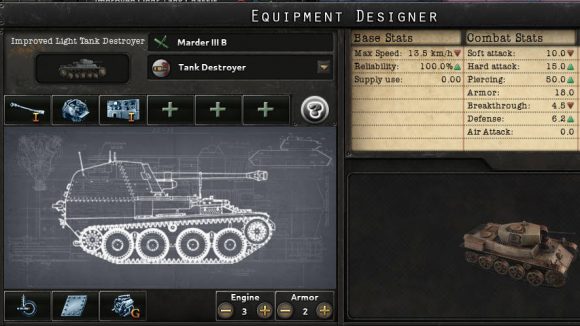 The dev diary also said that while the long construction time of ships often disincentives players to iterate upon and improve their designs, it is hoped the shorter production time of tanks will allow you to change designs in reaction to shifting situations and military developments.

More tantalisingly, it also hinted that other combat changes will be revealed in a future dev diary.

If you haven’t been following the recent reveals for Hearts of Iron 4’s upcoming DLC and Barbarossa update, read about the bonkers changes being made to Poland’s research tree, or the alterations coming to its supply system. But if you have been keeping up with the news, why not read our Hearts of Iron 4 DLC guide?