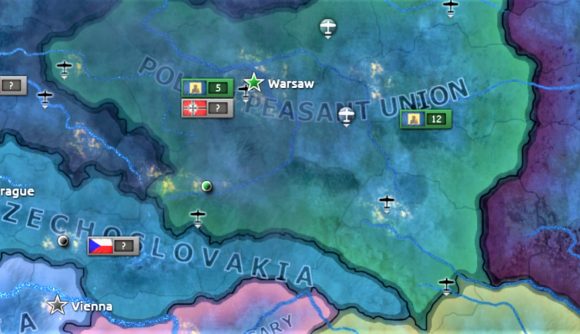 The second part of a two-part post begun last week, today’s update revealed extensive details of the thus far hidden branches of Poland’s new tree – the content which will be exclusive to the paid (but currently unannounced and unnamed) DLC. Owners of the new DLC will have access to three chunky, many-optioned alternate-historical pathways on which to lead Poland through WW2, leading in dramatically different directions.

You’ll be able to take control of the Peasants’ Strike, and engineer a revolutionary civil war by means of political manoeuvring and Decisions – which could lead to Soviet-aligned communism, Polish anti-Soviet socialism, or Allies-aligned democracy (possibly uniting with France in the Morges Pact). You can re-establish the monarchy, putting one of three possible claimants on the throne, and – depending on your choice – potentially unite with either Lithuania or Romania.

Or you could go full jackboot, putting one of Poland’s two main fascist parties in charge, and either make nice with Hitler, or strike out on your own with a fresh, new nationalist brand, potentially creating a Falangist International faction. It’s really large-scale, exciting stuff for a country that traditionally plays a supporting role in HoI4. 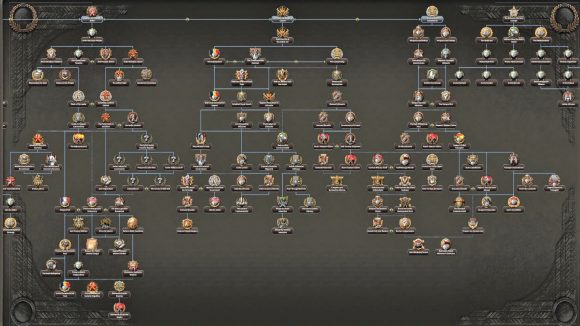 As we’ve come to expect from the gargantuan Focus Tree updates seen in Hearts of Iron 4 in recent updates and DLC, each of these broad branches holds multiple different options and political sub-pathways within it, for maximum alternate-history exploration.

The post mentions, for example, that a democratic Poland will have the option to ally with the British Empire and seek to buy some of the Brits’ overseas colonies – providing a backup territory to retreat to when the Nazis come a-knocking in 1939. 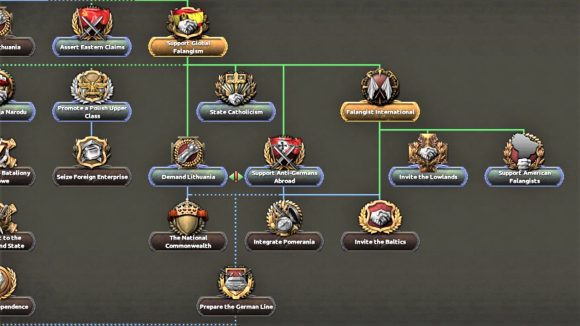 Meanwhile, if a fascist Poland wants to ally with the German Reich, they have to give up Danzig and Poznan, and become a German subject – but, once they do so, there’s now a “ladder of focuses enabling them to gain powerful bonuses from the Germans, or plot with the Underground State to overthrow their current masters”. Gnarly as heck, in our books.

There are also new options added for Poland as a Government in Exile; exiled in Britain or France, it will pick one of three new leaders, all of whom offer bonuses to slowly rebuild manpower – and, with a dedicated exile focus tree, it can pursue various projects to keep in the game after losing its main territories. 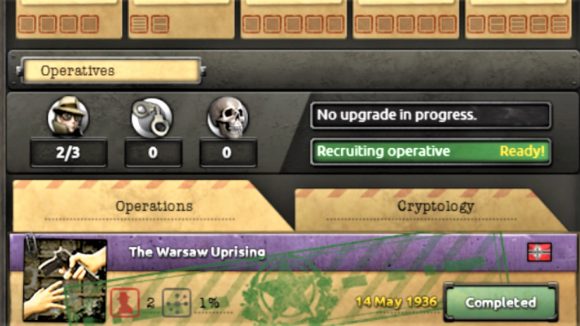 And, if you have the Le Resistance expansion, this new DLC also gives Poland new espionage options, according to the post, including “an increase to their spy capacity, free agency upgrades via focus, and the new Warsaw Uprising operation”.

It adds that “A well-timed uprising can shatter the German army and leave them short on supply as they attempt Operation Barbarossa” – which is intriguing indeed. Just don’t trust the Soviets.

Looking to expand your Hearts of Iron 4 alt-historical adventures? Check out our guides to HoI4’s DLC and the best HoI4 mods.

Keeping an eye on the horizon for Hearts of Iron 5? We sure are.