We want to know what was going through Paradox’ collective noggins when it created the Hearts of Iron 4 achievements. Besides the ‘standard issue’ set that you might expect to get over a single playthrough, there are a menagerie of unique achievements that require some truly ridiculous choices to receive.

From Poland invading Iraq and Italy simultaneously; to Australia dropping an atom bomb on itself, there really is no end to Paradox’s creativity in designing bizarre achievements that will force you to wring every bit of gameplay out of Hearts of Iron IV.

Many of these require expert knowledge of Hearts of Iron 4’s game mechanics, as well as a clear vision of what you are trying to achieve. Even with a perfect playthrough, you remain at the mercy of the random number generator. In one game as Canada, attempting to sneak the “It’s 1812 All Over Again” achievement where you capture Washington, I fell prey to the RNG curse. Despite doing everything right, I still could not bring Mexico to my side and spread the US forces thinly across two borders. The result: abject defeat. And that’s just one of the 132 Hearts of Iron 4 achievements on offer.

The following are some of the best, trickiest, and weirdest HoI4 achievements you can get. Achieving them requires some of the most difficult – or downright outrageous – game choices you can make. Since Hearts of Iron IV requires you to play in “Ironman Mode” to receive achievements, you cannot save – you can only choose your path well, wisely, and early. 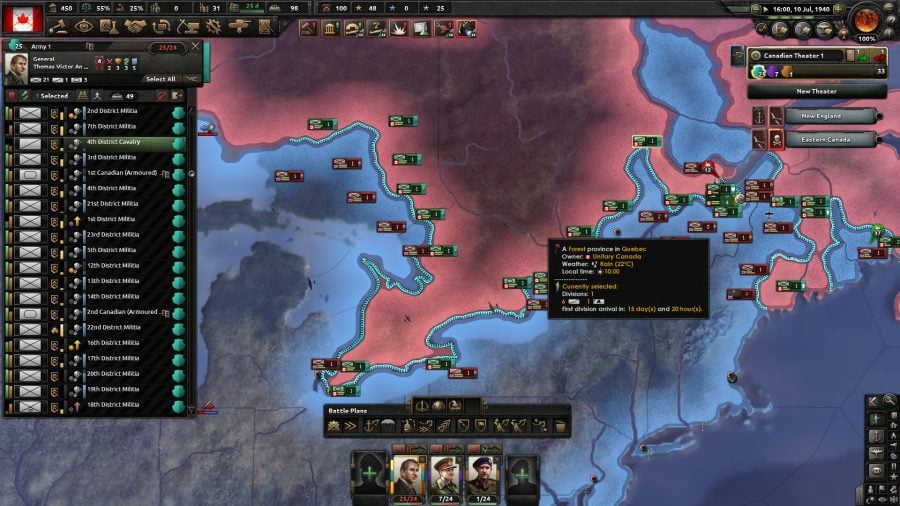 These are the best, hardest, and wackiest Hearts of Iron 4 achievements: 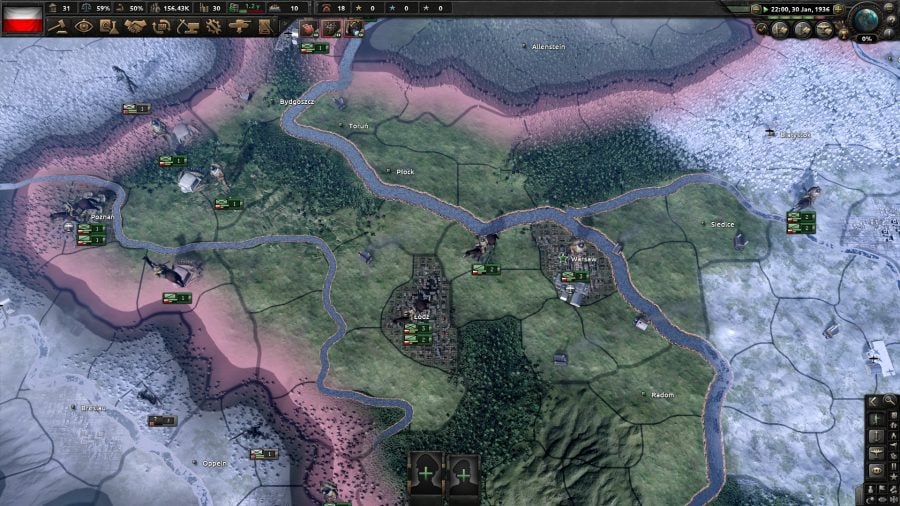 As France, occupy Moscow while Napoleon VI is your country leader.

A relatively simple one to start off with, that results in an awful lot of silliness. Go down the Monarchist route of the French focus tree (make sure to bring back the Bonapartes) and get into a war with Britain. When World War II starts, the Germans will happily invite you in – and then just stand by for them to invade the Soviet Union. While you won’t get any land with the invasion by yourself, you can ask to take over from Germany as Moscow’s occupier. 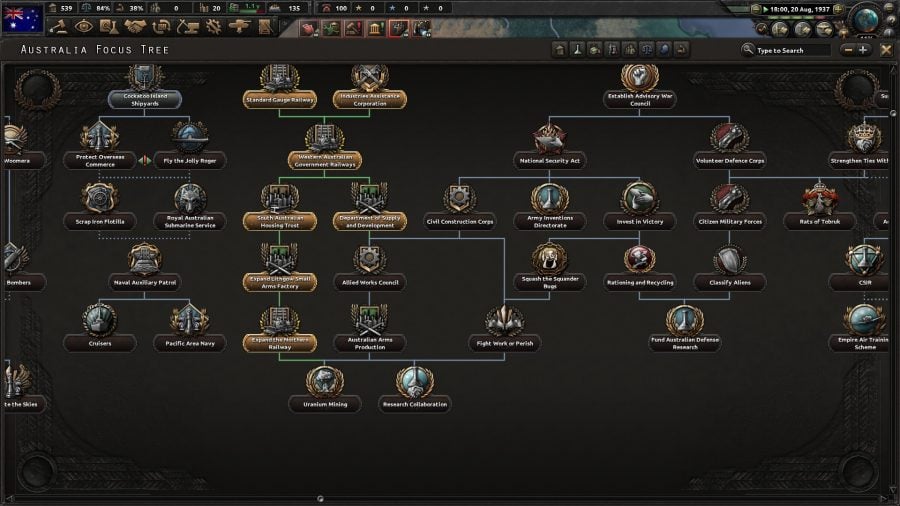 The Weapons of the Third Emu War

As Australia, use a nuclear bomb on core Australian Territory.

That one Australia meme everyone knows, the trick here is to B-line nuclear weapons and force a civil war where you can drop the bomb on the enemy in your territory. Alternatively, you can hope for a strong Japan that will invade you. Either way, make sure you have a good enough air force to allow you to drop it.

Neither Death nor Dishonor

As Romania, make it to 1942 with all the states you started it with and control either Moscow or Berlin.

Romania is my favourite European minor nation to play, with some quite epic battles fought in attempting to hold back both the Fascist and Communist threat. I’ve not managed this achievement yet, but the trick is that you can just hold out alongside your allies until 1942. You won’t miss out on the achievement even if you take Moscow or Berlin after 1942. 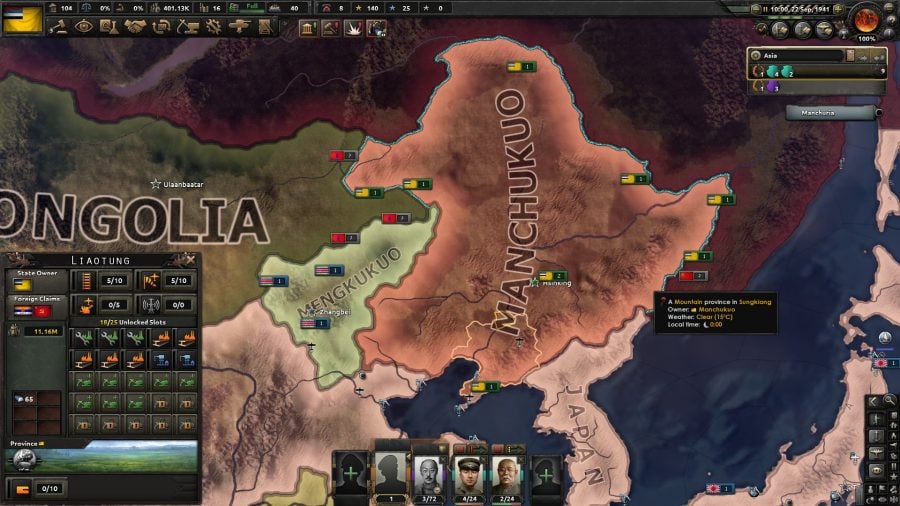 Hail to the Qing

As Manchukuo, restore the Qing dynasty.

No chance of a film called The Last Emperor being made with this achievement. This requires Manchukuo to free itself from Japanese domination – no picnic by any means – and then control all China, too, before doing a national focus. If you do manage to throw off Japan, vassalising the smaller warlords before going for Nationalist – and finally Communist – China is the most effective way to complete this one.

It’s quite possible the only reason the world knows anything about the rivalries between Scandi nations is Paradox games. Maybe. Whilst this achievement requires you to nuke a part of Denmark that is actually owned by Denmark (so not German-occupied), there are areas that you can bomb even after Denmark has capitulated, so there is no need to defend Denmark from Germany, only to nuke it later. 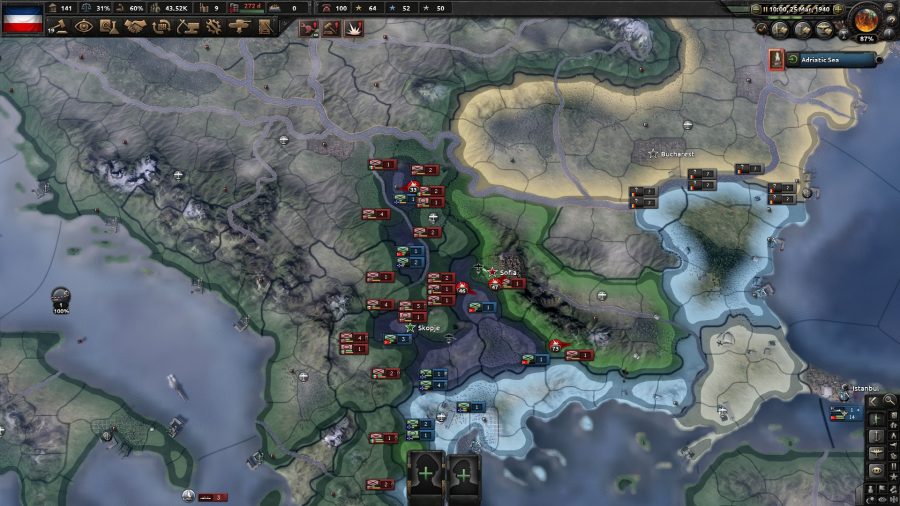 As Yugoslavia, start the Second World War (i.e. be part of either the Axis or the Allies and at war with the other faction in a war you started).

A.K.A. ‘Some damn fool thing in the Balkans 2: Electric Boogaloo.’ The easiest way to do this is to go Fascist immediately, join the Axis, and justify war upon either Britain or France. When war starts, everyone else will be dragged in. I’ve not managed it, but, in true powder keg fashion, you can supposedly start World War II a year early.

Starting as a minor power, assume faction leadership of the Allies, the Axis, or the Comintern.

Included here for the hilarity of the quickest way to get this. Don’t bother attempting to create an almighty industrial superpower, just pick one of the Axis minors (Hungary, Romania, etc) and hold out just long enough so that you’re the last of the Axis nations to collapse. As the last one left alive in the faction, you will – for a brief moment – be faction leader.

The one that foiled me. Ideally, you get Mexico on side to spread U.S. forces thin, as well as go to war early with Britain (so long as it’s also distracted) so that you have the chance to build up your manpower and industry quickly, before going for the U.S. Defeating the U.S. gives you the resources to go after a number of other evil Canada achievements, too. 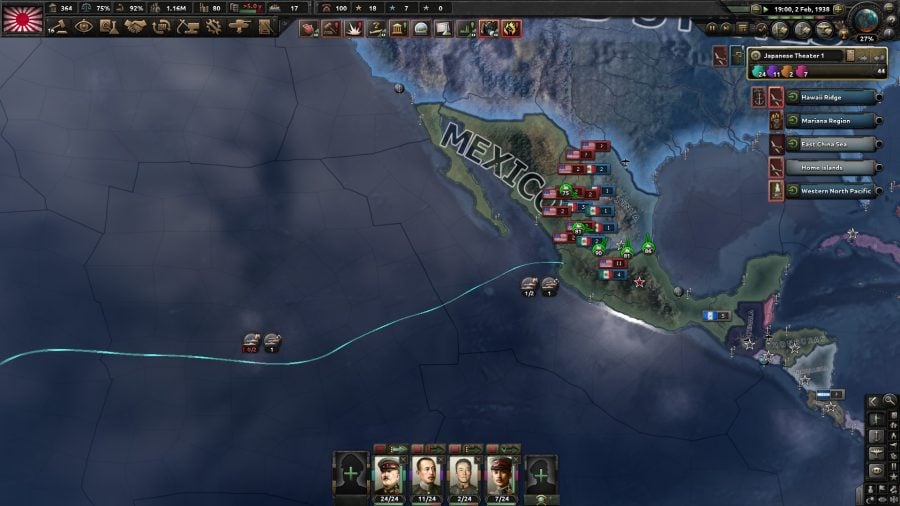 As Japan, conquer Mexico, then Europe, before 1945.

A difficult task. Don’t go into China at all – but declare war on Mexico to lessen tensions and prevent U.S. build-up. Then quickly island-hop via Hawaii and onto the U.S. West Coast. With the U.S. defeated, you can leave your faction, join the Axis, and head to the war in Europe. 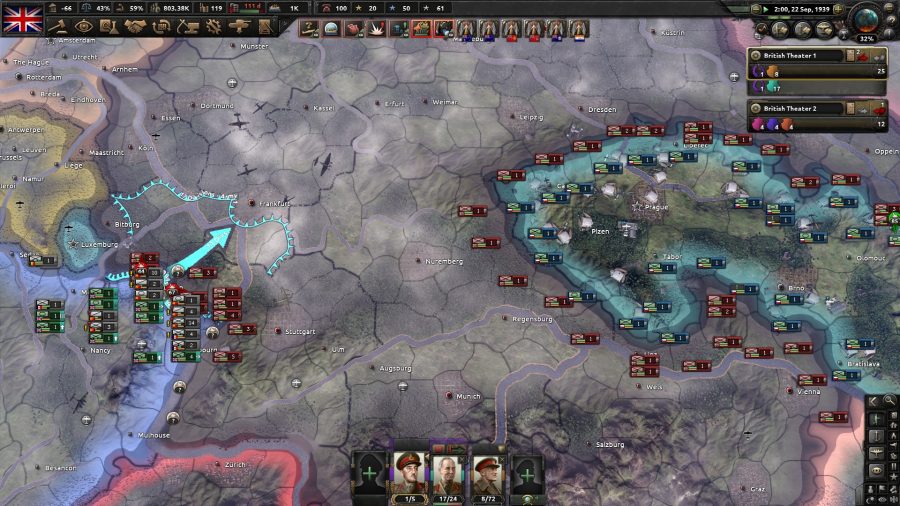 As South Africa, finish the Anti-Colonialist Crusade focus, release all European colonies via the focus, and take London.

An achievement rated “insane” on the Hearts of Iron IV wiki. The requirement to free most of the African continent from the imperialist yoke means that you’ll be facing down the Allies with no support from the Axis or Comintern. The requirement to take London means that you not only have to survive, but also win. Make sure you wait for events to fire when going for this achievement, rather than freeing nations manually.

The People Have Stood Up!

With Mao as your leader, win the Chinese Civil War.

Possibly the hardest historically accurate achievement in the game. You’ll need to make sure to bide your time, build up resources, and let the Nationalists do the fighting (while all the time avoiding being destroyed by the Japanese, who can easily take all of China if left unchecked). Even without the Japanese invasion, however, fighting the Nationalists is no picnic. Approach with caution.

As Czechoslovakia, occupy Canberra while at war with the Allies.

No Paradox achievements list is complete without an achievement with an eye-rolling pun and absurd conditions. Czechoslovakia has to survive German depredations and cross the globe to achieve this one. Paratroopers to the rescue here. First, turn Fascist (of course) and, as part of the Axis, quickly invade the Netherlands without calling in any other allies, so you can bag the Dutch East Indies. From there, paradrop into Australia. 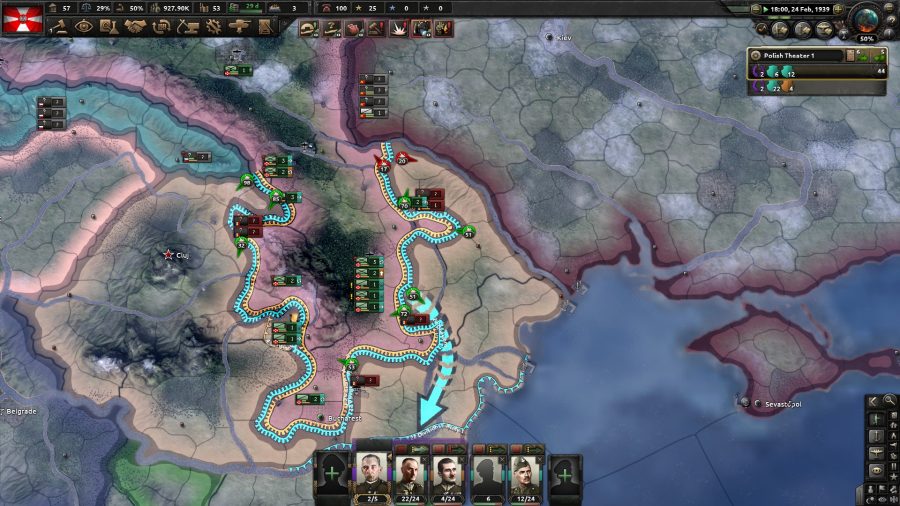 The motherlode. The only hidden achievement in Hearts of Iron IV requires a ridiculous set of conditions for Poland, including: staying non-aligned; not being allied with the Soviets; and having divisions in Iran and Italy. The recommended route includes invading the Baltic States, Poland, the Soviet Union, Iran, and, finally, the rest of the Axis (as well a specific focus) in order to get this achievement. This achievement, I think, will remain the one that got away.

Well put together: Our guide to Hearts of Iron 4 division templates

So there you have it, thirteen of the best and most baffling achievements in Hearts of Iron IV. Good luck catching them all, I think you’ll need it. In the interests of completeness, of course, you can browse all 132 achievements (and who’s completed them) via Steam.

If you can’t quite face trawling through all 132, however, why not cruise through our guides to Hearts of Iron 4 DLC, the best Hearts of Iron 4 mods, and our pre-emptive guide keeping an eye on when Hearts of Iron 5 might be on the way. Or get all steamy (geddit?) with our guide to all things Victoria 3.