Victoria 3 is happening. Answering the calls of would-be industrialists and aspiring revolutionaries everywhere, the much-anticipated grand-strategy game was finally revealed at PDXCON Remixed 2021. As with other Paradox titles, you’ll direct a country’s political, economic, and military pursuits across a historical sandbox simulation, grappling with tumultuous power struggles and navigating the economic-political stand-offs of the 19th and early 20th centuries.

But Victoria 3 is its own beast. With a setting of mass revolution, unprecedented industrialisation, and far-reaching social upheaval, it’s shaping up to be a truly grandiose grand-strategy game. Emphasising diplomacy over warfare, mixing alt-history with historical simulations, and catering to new players as well as strategy veterans, the game might just live up to the hype surrounding it.

But there’s still a way to go yet. We’ve only glimpsed the surface of Victoria 3’s moustache-riddled world, and can look forward to plenty more announcements and reveals in the coming months. To make tracking all these goodies easier, we’ve collated everything we know about Victoria 3’s release date, gameplay, and features into one guide.

Be sure to check back, as we keep you up-to-date on the latest Victoria 3 news. 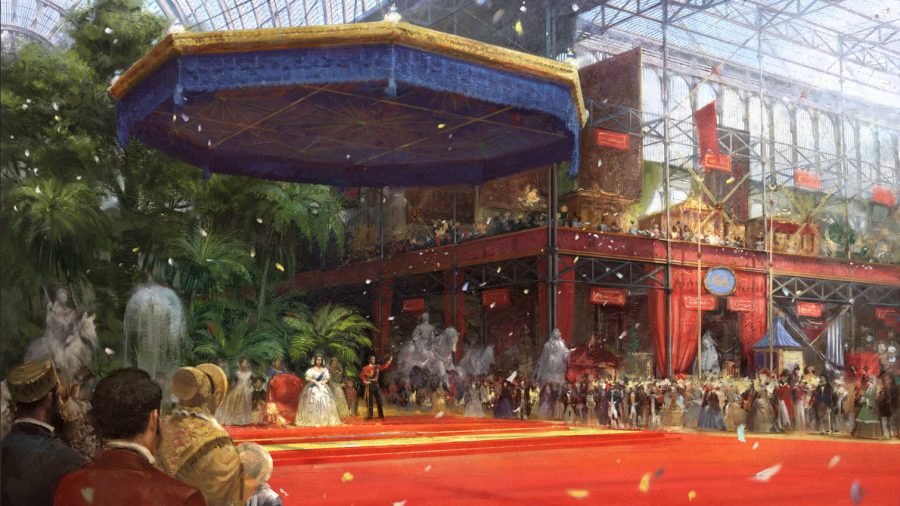 Paradox hasn’t yet revealed Victoria 3’s release date, but we can muster some informed speculation. The game has been in development for several years, and Wargamer viewed a demonstration of Victoria 3 in action during a press showcase in May 2021. Given the developers’ general angling, we think Victoria 3 could release in early/mid-2022.

This also aligns with the release schedules of recent Paradox titles. Imperator: Rome was announced in May 2018 and released 11 months later, while Crusader Kings 3 reared its head in October 2019 and launched the following September.

Fortunately, we have been treated to a Victoria 3 trailer. While it’s only an announcement video that shows off some concept art under a spiffy voiceover, it appropriately sets the tone of the innovative era. Watch it below.

Following its initial reveal, we also have an understanding of Victoria 3’s gameplay focus. It won’t be a mere reskin of other Paradox titles, nor a simple graphical enhancement of its predecessor. Victoria 3 is bringing some exciting gameplay features.

At launch, the game will include over 100 playable countries, and span the years 1836 to 1936. Each in-game day is split into four ticks of turn-time, with the map divided into states and smaller provinces.

Change theatre: These are the best Hearts of Iron 4 mods

Central to Victoria 3’s gameplay is the series’ famous Pops system. Modelling the demographics of your nation and its changing behaviour, Paradox says Victoria 3’s Pops system is its most detailed yet, simulating the entire world’s population: over one billion people. Class, religion, culture, education, and more are recorded across workers and dependents. 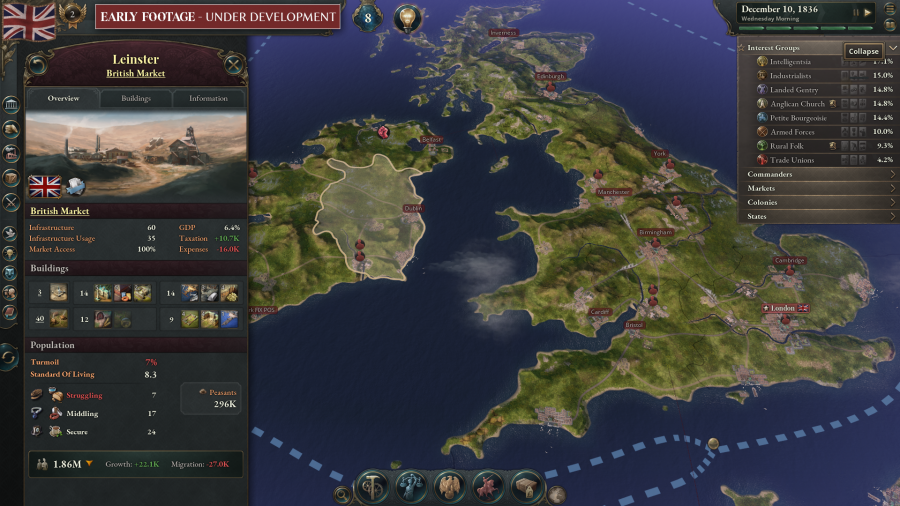 You won’t be dealing with Pops directly, however, but will spend much of your time mediating between the competing political interest groups within your state, such as the Intelligentsia, Industrialists, Rural Folk, Devout, Junkers, and more.

Their composition and strength are determined by the Pops in your country, and their beliefs influence their support or opposition towards your actions. You’ll be manipulating the preferences of these interest groups, and playing them off against one another, to obtain the legislation and national action you desire.

Billed as an economic and political management grand-strategy game, Victoria 3 will have a strong diplomatic focus. Game designer Martin Anward told us that war won’t be the focus of the game, and a new ‘diplomatic plays’ mechanic lets you engage in aggressive foreign policy without resorting to battle. 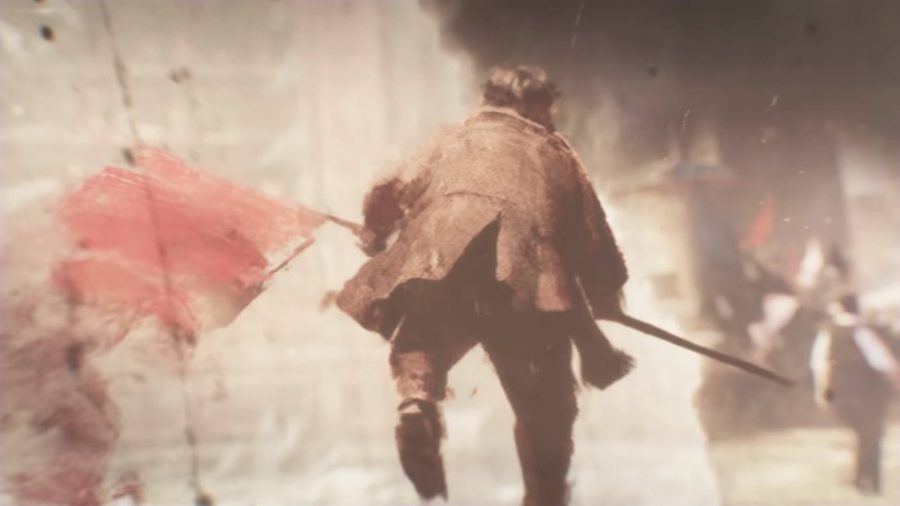 In a diplomatic play, one nation demands something from another state, such as a colony or province, at the threat of invasion. The opposing nations can then persuade other, larger states to join their side at the negotiating table through the promise of a reward. If you can leverage the power of these big states to propel the threat of conflict and intimidate your opponent into submission, you’ll get what you demand without ever declaring war.

Further, we know Paradox is keen that Victoria 3 appeal to new grand strategy players, without sacrificing complexity. Crusader Kings 3’s nested tooltips will make a return, as will other UI enhancements designed to ease new players into the game. A ‘lens system’ will also allow you to take actions on a macro scale, so you won’t need to fill your screen with off-putting pop-ups. 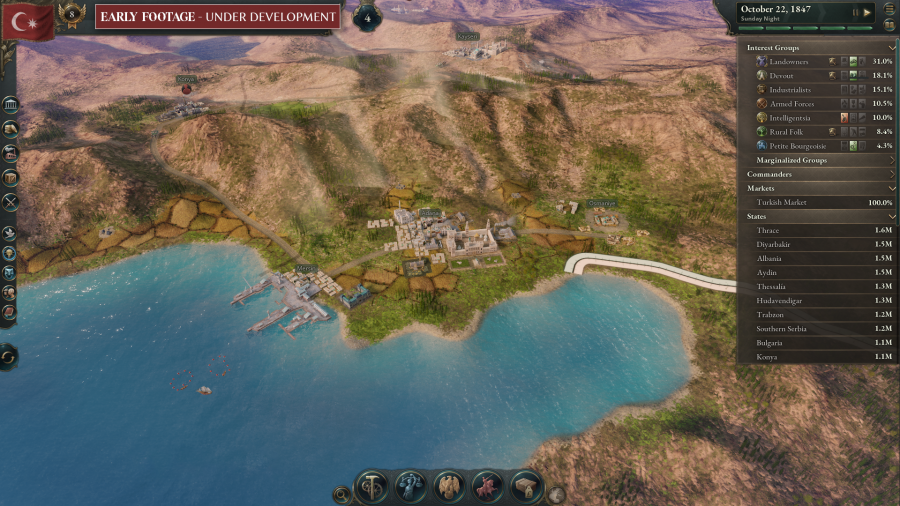 A  glut of information was served up during Victoria 3’s initial reveal, but the news train isn’t stopping there. As is tradition with Paradox titles, Victoria 3’s developers have started releasing weekly diaries, revealing the game’s features and showing off new mechanics.

Expect more announcements to be made, and keep your eyes peeled for Wargamer’s updates. We’ll cover the biggest news as it’s revealed.