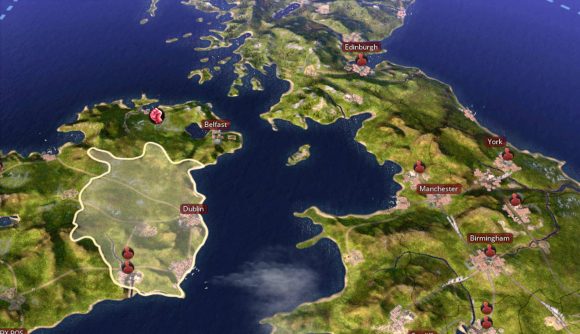 Friday’s announcement of Victoria 3 has been met with much excitement from fans of publisher Paradox Interactive’s portfolio of grand-strategy titles. But Victoria 3 aims to differentiate itself from the WW2-themed Hearts of Iron 4, the RPG-inspired Crusader Kings 3, and the early modern Europa Universalis 4, not only by its historical setting, but in a mechanical variety: its emphasis on war (or lack thereof).

Like many strategy games, warfare is usually the primary modus operandi in Paradox games, but Martin Anward, game director on Victoria 3, tells Wargamer that this new game will focus primarily on economic and political management, rather than military conquest. War is not the team’s focus, nor will it take up much of the player’s time.

“It’s not something we’re gonna go too much into at this point,” Anward says. “Not because we want to be mysterious; we do have a pretty good idea of what we want to do. But what I can say is that war is not the focus of the game.”

“Of course, it’s a part of the game. It’s supposed to be engaging and result in changes. But we want to make super clear that Victoria 3 is a game where we want you to be able to go for 100 years, never get into a war, and still have a lot of fun.” 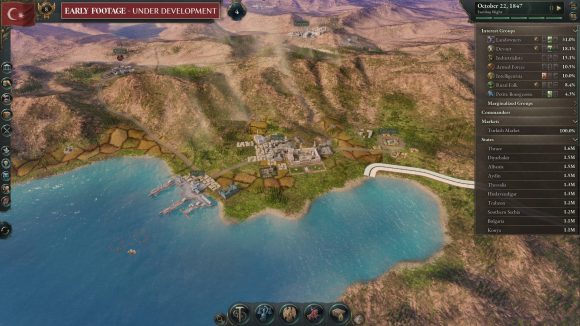 As an alternative to militaristic foreign policy, Victoria 3 hands the player new ways of engaging with other nations diplomatically. A system of ‘diplomatic plays’ allows you to enter negotiations with a foreign nation, and demand something from them (such as a colony) at the threat of invasion. The opposing nations then persuade other, larger states to join the potential conflict on the promise of a reward, and leverage the power of these big states to strike a deal in their favour.

Anward says that wars are a nation’s last resort, and should be taken lightly. In a far cry from the gung-ho fighting of Europa Universalis 4, and the inevitable conflict of Hearts of Iron 4, war in Victoria 3 is always uncertain.

“We want to make wars feel risky and costly, and not necessarily the most attractive alternative,” says Anward.

“But in the end, if that’s the only way you can get what you want, then you might be willing to roll the dice.” Victoria 3’s warfare has also been designed to complement its core systems. Mikael Andersson, game designer on Victoria 3, says that when war breaks out, players must still engage with the core, domestic-focused mechanics of the game to win that conflict.

“[A player’s] ‘war support’ at home is a really big determining factor for how long they can stay in a conflict,” Andersson says.

“Making sure your population is happy, and the fact that there’s a war going on doesn’t mean that everyone’s starving to death, is going to be really important.”

Watch out for our full interview with Martin Anward and Mikael Andersson, coming soon, to find out how Victoria 3 is mixing alt-history with historical simulation, how it’s making grand strategy accessible to new players, and the features the game has in store.

Missed Friday’s PDXCON Remixed stream? Here’s all you need to know about the Victoria 3 announcement. In case you didn’t know, we also got big news on Hearts of Iron 4’s No Step Back DLC, and Crusader Kings 3’s Royal Court DLC.