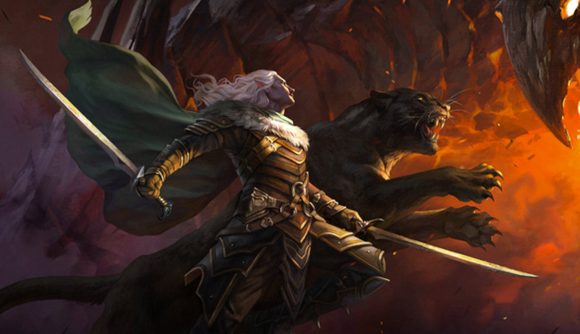 May 20, 2021: Wizards has now revealed more cards for the set, including Drizzt Do'Urden and Bruenor Battlehammer. Get all the details in our news story.

Magic: The Gathering is receiving its first full crossover with D&D this summer, in the form of the upcoming D&D-themed Standard set, Adventures in the Forgotten Realms. In an official blog post yesterday, Wizards threw more light on the thematic set, which looks to recreate the “storytelling and roleplaying of Dungeons and Dragons” through the gameplay mechanics of MTG. It will be available on MTG Arena from July 8, before receiving a worldwide physical release on July 23.

The upcoming set will bring D&D’s famous Forgotten Realms setting to the trading card game, replicating many of the items, locations, spells, and monsters of D&D, as well as many of the abilities you might be familiar with from your roleplaying sessions. The idea is to use MTG’s rules and tools to replicate the adventuring experience of the classic tabletop RPG.

Part of this comes through the many familiar D&D characters that will appear in the set, including the multi-headed dragon-goddess Tiamat. She’ll be translated to MTG as a five-colour Legendary Creature, that can pull five dragon cards out of your deck, into your hand. Unsurprisingly, given D&D’s name, Wizards suggests that dragons will make up a significant portion of the new set.

The basic Land cards in Adventures in the Forgotten Realms also lean into D&D’s storytelling experience, each offering an adventure prompt in their flavour text. One of the Forest Land cards Wizards provided as an example reads: “Before the elf queen will aid you, you must find a way to cure the strange rot afflicting the roots of the ancient trees”. Another Island Land card says: “Alarmed by the news you brought, the storm giant king of the Maelstrom has called his kin to council”. 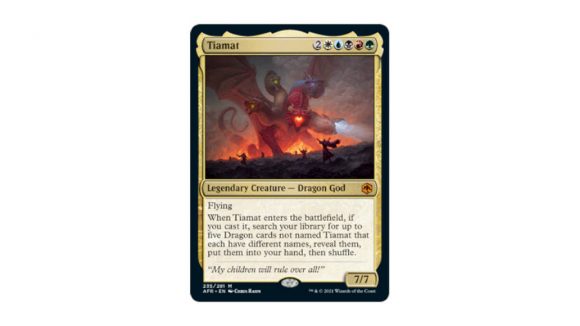 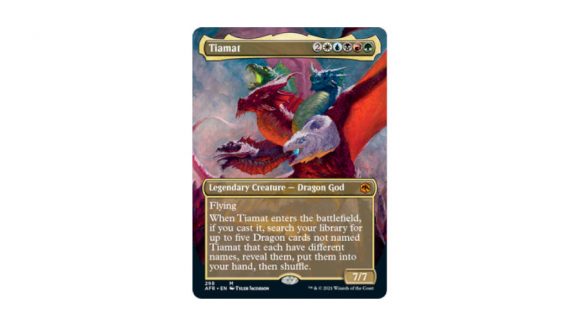 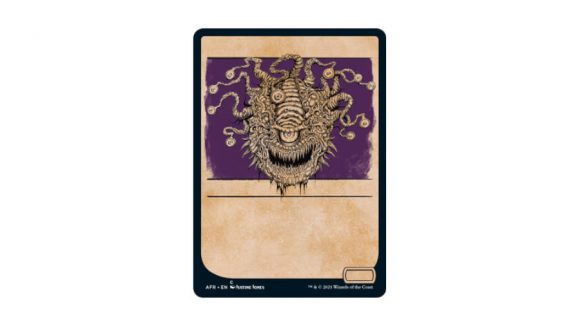 As with other, recent MTG sets, Adventures in the Forgotten Realms will include cards in full-art variants, alongside the new ‘classic rulebook’ Showcase frame, featuring an art style indented to ape the hand-drawn look and feel of the D&D Monster Manual. We’ve been given one glimpse of this new frame, featuring the classic D&D monster the Beholder, perhaps suggesting the shared thread of the new Showcase frame might be staple D&D creatures.

The upcoming set will release with the usual draft, guaranteed foil, and collector boosters, as well as theme booster packs for each mana colour. A sixth booster type has also been teased, with more information to come. 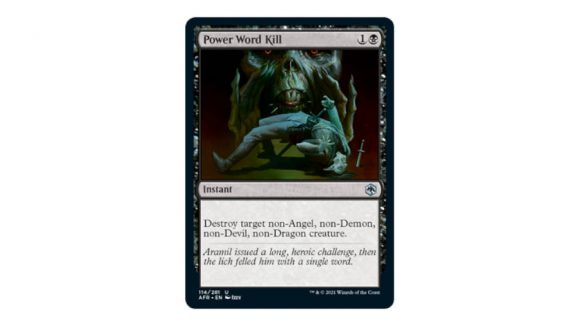 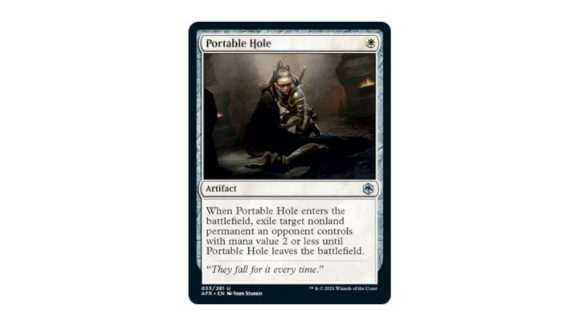 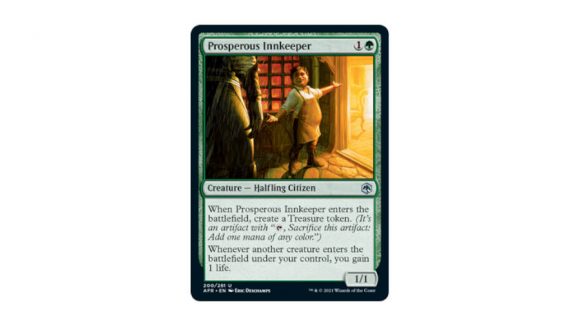 This isn’t the first crossover between MTG and D&D. Wizards has previously produced MTG-themed products for D&D, such as 2020’s Mythic Odysseys of Theros sourcebook and the line of free Plane Shift digital sourcebooks. But this is the first time the crossover has gone in the other direction, and brought D&D to the trading card game. 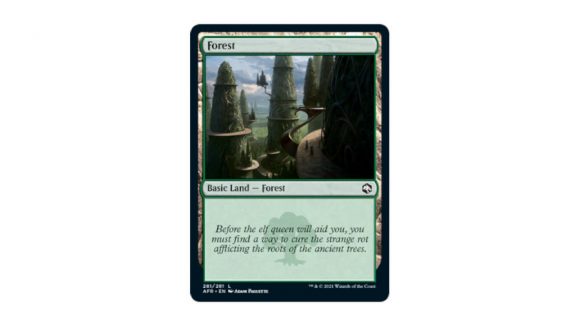 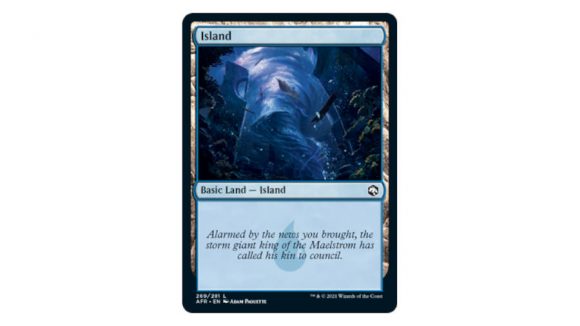 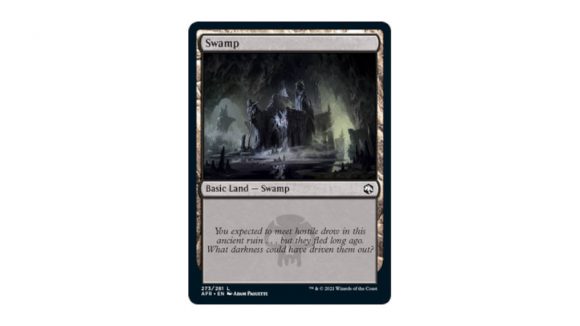 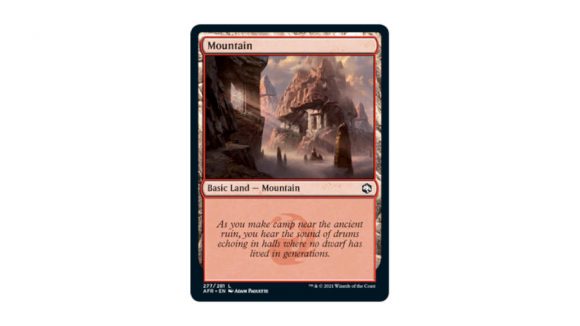 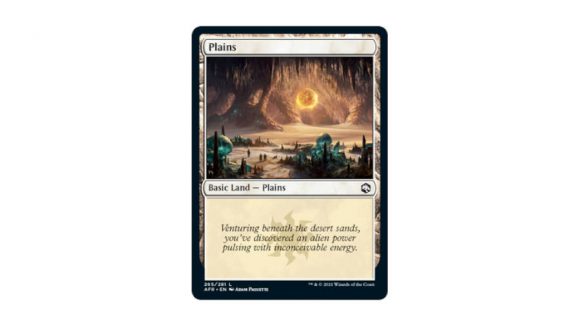 If you’re a fan of D&D, but don’t know your Enchantments from your Instants, read our guide on how to build a Magic: The Gathering deck, to get started with the massively popular trading card game.