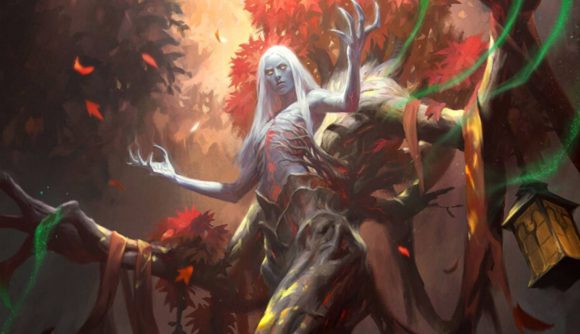 Spoiler season for Innistrad: Midnight Hunt is now fully underway. We kicked off previews of the next Magic: The Gathering set yesterday with a bumper crop of three cards, but there’s plenty more to dig into besides the main releases. Wizards of the Coast yesterday revealed the set’s new precon Commander decks, and announced how set boosters will be altered to cater to Commander players.

The set boosters in Midnight Hunt will include eight ‘Commander-focused’ cards, alongside the usual batch of main set picks. Added as wildcards, they’ve been mechanically designed for use in the Commander format, and won’t be available in the set’s precon Commander decks – so if you want these, you’ll have to start tearing your way through a few booster packs. Wizards has so far released seven of the booster-exclusive Commander cards, which you’ll find below.

Leinore is particularly noteworthy for her Coven ability. New to Innistrad Midnight Hunt, Wizards says the green-white mechanic is focused on improving cards’ abilities the more varied Creatures you have in play. In Leinore’s case, you can draw a card at the beginning of your combat phase if you have three or more Creatures with different powers, and add a +1/+1 counter to one target creature. 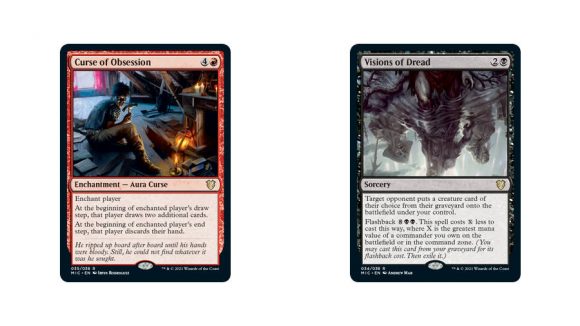 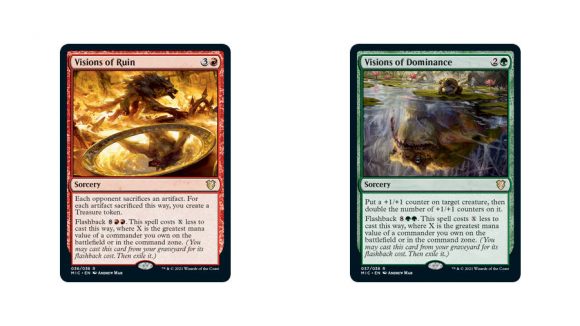 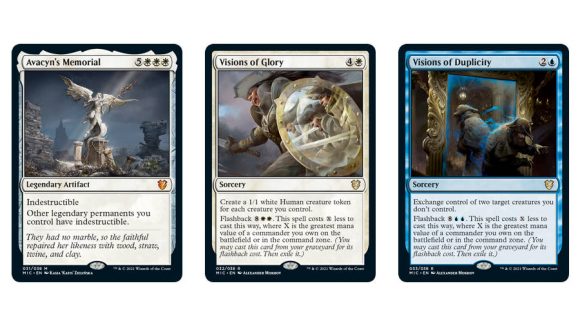 The idea is to encourage you to field a varied selection of Creatures quickly, and slowly bump up their stats while relying on Lenoire’s, pretty meek, 0/4 to stave off bigger hits in the early game.

Wilhelt, meanwhile, is looking a little meatier. This guy ties in with Midnight Hunt’s new decay mechanic, which prevents zombies from blocking, and automatically sacrifices them at the end of combat. Wilhelt will create a 2/2 decayed zombie every time a non-decayed zombie dies. 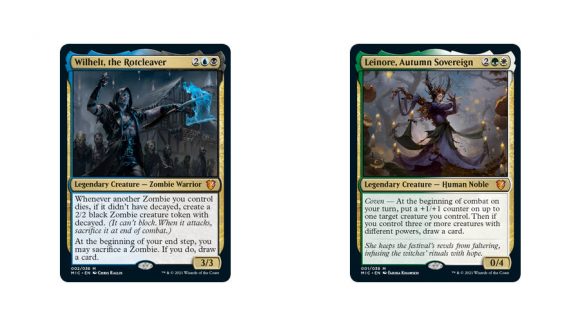 Add to that Wilhelt’s ability to draw a card every time you sacrifice a zombie, and you’ve got a powerful card-drawing engine. Field a collection of zombies, automatically create a bunch of decayed ghouls when they die, and wait for the end of combat to pick up a bunch of cards from their ashes.

You’ll be able to get your hands on the new decks when Innistrad: Midnight Hunt releases on paper on September 24.