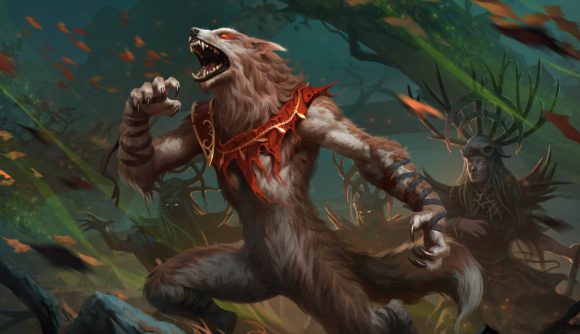 Nearly a week after the physical release of Innistrad: Midnight Hunt, Magic: The Gathering players have one all-important question: where are all the werewolves? Many have been surprised by how few of the shapeshifters appear in the trading card game‘s latest lupine-themed set, expecting to see more werewolves popping up as Commons and Rares. MTG head designer Mark Rosewater explained their absence yesterday.

Writing on the official MTG blog in response to one player’s question about the lack of werewolves, Rosewater suggested a mix of logistical problems and design challenges prevented their greater inclusion. Transforming double-faced cards (TDFCs), which flip over when they change from human to lycanthrope form, werewolves are particularly tricky to integrate into a set, he said, requiring greater resources to develop and balance.

“There’s just a limit to how many double-faced cards we can put into a set from a logistical standpoint,” Rosewater said. “Innistrad: Midnight Hunt already has over double the TDFCs that [the] original Innistrad did, and all but four of the red and green DFCs are Werewolf creatures (one of which is Arlinn, who’s a Werewolf planeswalker).”

“Werewolves have a consistent design constraint that makes it difficult to design too many without them starting to resemble one another,” he added.

“And remember, Innistrad: Crimson Vow has to have a normal number of Werewolves as well, so we need to reserve some design space. (And yes, to save some questions, they all have daybound/nightbound.)” 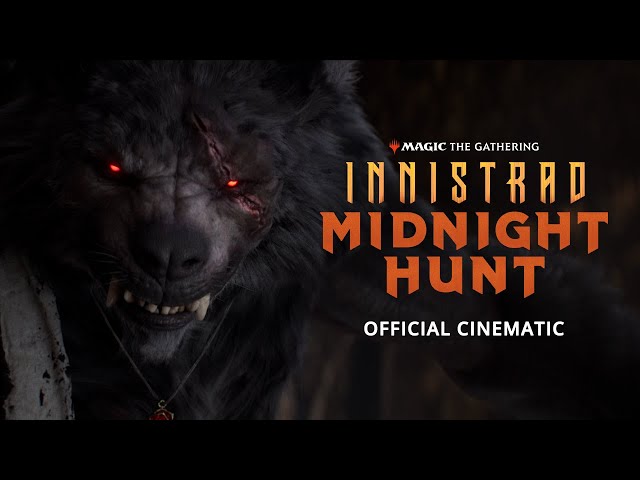 Rosewater said the design team tried to fit in as many werewolves as they could around these constraints, and pointed out that Midnight Hunt includes more werewolves than any previous Innistrad set. Crunching the numbers, the latest release includes a total of 19 werewolves, a 58% increase over the 12 included in 2011’s original Innistrad set.

MTG’s werewolves are usually designed as double-sided cards to imitate their transformation. While one side reflects their original human form, the other shows them as a more powerful werewolf, which typically has different stats and abilities.

Innistrad: Midnight Hunt is now available as a physical release and digitally on MTG Arena. In celebration of the set, you can grab yourself some free MTG Arena codes to unlock booster packs. Or, for a different flavour, read our pick of the best MTG Planeswalkers you should look out for.